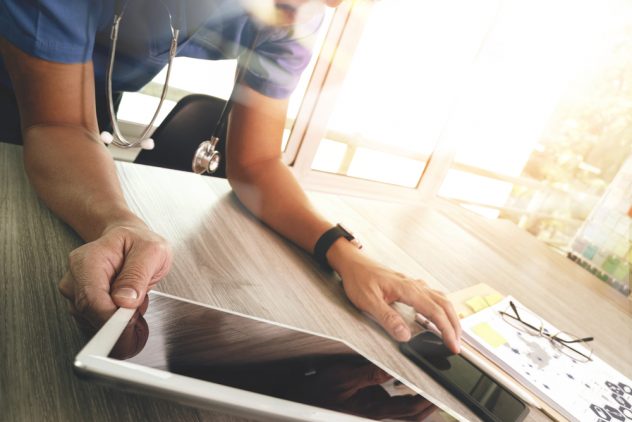 After hitting a record of $5.1 billion in 2016, VC investment in health tech is off to a flying start in 2017. In addition to large funding rounds for specialist players such as Livongo (diabetes management, US) and Practo (practice management, India), tech giants have also ventured into this space, with Alphabet’s healthcare subsidiary Verily recently attracting a cool $800 million. If there was ever a time in which health tech was ripe for investment, it’s now.

As the CFO of DocPlanner, I’ve been able to lead a global health tech company in raising a total of €31 million (US $34 million) to date via four rounds, the largest amount ever raised from venture capital by a Polish-based company (our latest $20 million round in 2016 was also the biggest deal in Poland of the year). Below I share some of my best lessons on how health tech startups can get the edge on competitors as they look to raise their next round.

Use your existing investor network

It always makes sense to start with what you have. If you’ve raised previous rounds, use your existing investors to make introductions to new (preferably larger) ones. A good recommendation goes a long way, and given the number of cold calls and unsolicited pitch decks being sent around, this is a far more effective strategy for opening up doors to new VCs.

DocPlanner is a good case in point – our lead investor from our Series A round, Point Nine Capital, introduced us to Target Global, who ended up leading our Series C round. And it goes without saying that good investors attract other good investors so it’s important to be selective with your choice of partner in your early rounds.

When you’re rubbing shoulders with the big players, attracting investors will be tough if you’re a small company that’s only present in one market (at least in Europe). You want to show traction in a second market to prove that the model is replicable and the potential is large. I’d advise testing your model early in a second market, especially if there are no existing competitors there so you can lock in clients and block entrants. You need to be aggressive about going beyond your borders, while making sure you don’t lose focus in your home market.

Big companies that have launched out of smaller countries (think Skype in Sweden and Vinted in Lithuania) are great examples of how to achieve this, as they realised the limitations of their home market very early on, while entrepreneurs in medium-sized markets such as Germany or Poland are often satisfied to dominate their home market and make the mistake of going abroad too late.

Who should be in charge of the fundraising process?

Raising an investment round is a very time-consuming process. Typically the CFO (if you have one) should lead the process and carry out the brunt of the work. However, the founder or CEO should always be actively engaged in the process – especially if the CFO isn’t an original founder. VCs primarily want to speak with the visionary and strategist of a company to get the best understanding of its long-term prospects.

A CEO’s time is precious so for the sake of efficiency, it’s advisable to have them engaged during the first couple of meetings with the VC when high level strategy is discussed. However, at subsequent meetings when discussion topics are more detailed (e.g. financial forecasts and legal requirements), the CFO can usually handle this on their own.

At some stage the investor may also ask to meet the rest of the founding/senior management team. Each manager should be well-informed and prepared to communicate a message that is aligned with the rest of the team.

Promises of unicorns and big broad visions may sometimes sway an investor. But more often than not, it’s compelling numbers that will get you the term sheet. Therefore, it’s important to ingrain a mindset in your organisation where metrics and measurement are intrinsic to all aspects of your business (from product to finance).

If you’re early stage and don’t have revenue figures to go on, identify and measure regularly other key KPIs. This is used to demonstrate traction while also proving to investors that you are analytical and understand the underlying fundamentals for your business, which is what they’ll be looking for. Preparing most of your numbers from scratch only for fundraising purposes may be time-consuming, shows a lack of preparedness, and risks scaring away potential investors.

The demand for innovation in healthcare is growing, and investor interest is following suit. While nothing detracts from the most important criteria for success – having a great product to go along with an efficient sales machine – the points laid out above should help entrepreneurs and CFOs to execute a successful investment round and take their companies to the next level.