The post-digital generation know no different having grown up with digital and smart technologies all around them. Some can’t imagine a life without them. But they aren’t the only ones now. In the month, up to December 2016, it was estimated that there will be 42.4 million smartphone users in the UK. 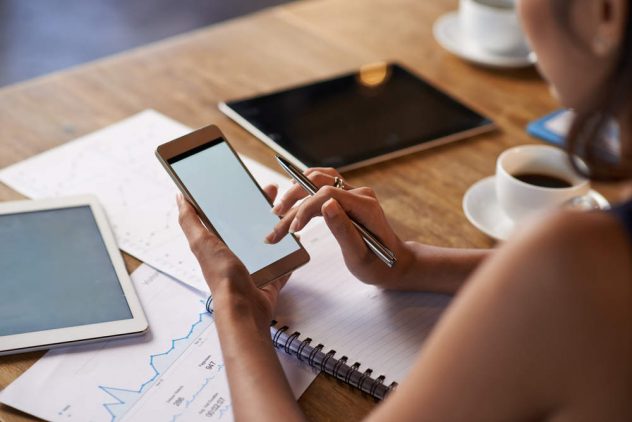 In January 2017, the Labour Force Survey found that there were 31.85 million people in employment. When there are 10.55 million more smartphones per user than there are employees in the UK, it becomes clear how and why the smartphone has changed our day-to-day working practices — but is it for better or for worse? Can smart technologies help the success of business in the UK?

It is likely that this post-digital generation will shape the way smartphones are incorporated into workplaces. Having grown up with the technologies, smartphones are an intrinsic part of their lives. Research has suggested that 7 out of 10 18 to 24 year olds check their phones in the middle of the night!

United Carlton, provider of office copiers for the North East, uncover why it might be a good idea to let this generation use their smartphone in the workplace.

Attitudes towards smartphones in the workplace

Unfortunately, despite the number of smartphone users, employer’s attitudes towards using smartphones within the workplace are less than positive. And this is down to the fact that employers themselves feel distracted by the technologies so they see the technology as a distraction that reduces an employee’s ability to complete a task by up to 20 minutes at a time.

However, despite these attitudes, employer’s feel compromised in their ability to write company policy on mobile phone usage, as one small business expert claimed that business owners are ‘worried staff will spit the dummy at a mobile phone policy’. However, to counteract this, they suggested that employers ‘should simply show them the math and staff are likely to co-operate because they don’t want to see the company go under or lose their job’.

According to research conducted by the University of Surrey, when asked their attitudes towards mobiles in the workplace, 11% of respondents believed that it was unacceptable for a mobile phone to be turned on during a meeting, and a further 80% believed that it was inappropriate to read or send text messages whilst in the company of other colleagues or their boss.

It seems employers aren’t yet aware of the advantages that smart technologies, in particular smartphones, can have on the business. If employees are to bring their own smart device to work, and employers are willing to adopt a BYOD culture within the workplace, then this could save employers time which therefore helps to boost productivity. When employees are connected to a wireless internet network, they are able to complete tasks in ways that do not limit them to sitting at a desk or having to be in the office.

According to a study conducted by Cisco Internet Business Solutions Group, using your own smartphone in the workplace can actually save your staff time. They claimed that ‘the average BYOD user across countries saves 37 minutes per week thanks to using their own device’. This is because these users are working on the go and between ‘dead-times’ in the office when they aren’t stationed at a computer.

And this isn’t just a UK thing – smartphones have shown to boost productivity and save time in the workplace globally. Whilst the figure differs per country, users in the United States saved a total of 81 minutes per week by using smart technologies at work, whereas those in Germany saved four minutes per week.

Furthermore, if smart device users are able to implement their own technologies into their working practices, then they are more likely to take work home with them – as these employees are working an extra two hours every day and sending 20 more emails every day. For example, many members of staff are now able to use their smartphone as a mobile printing device; when there is a compatible printer in range connected to the network, users can print from their device without the need to install software to do so. This frees up time during the day as users can print from anywhere in the office, without having to be stationed at their desk and printing from a desktop computer. Cloud storage and printing documents that aren’t saved to hardware are also freeing up the flexibility of working practices and allowing employees to work in ways that weren’t previously possible.

If employers allow their negative attitudes towards smartphone influence their decision to rule out a BYOD culture in the workplace before they have trialed one, they might be missing out on an opportunity to boost productivity amongst their staff. If companies were willing to incorporate a BYOD culture, then they may see what some research validates as being a 16% boost in productivity over a 40-hour week, a 23% rise in job satisfaction and a 21% rise in company loyalty. If businesses aren’t willing to incorporate change into outdated processes, then perhaps these operational efficiencies may not be experienced by many for years to come.

Let’s get back to business (but, how again?)