The latest launch from Sony PlayStation is their official European eCommerce shop offering exclusive brand and game paraphernalia to the increasing number of players registered throughout the UK and Europe. 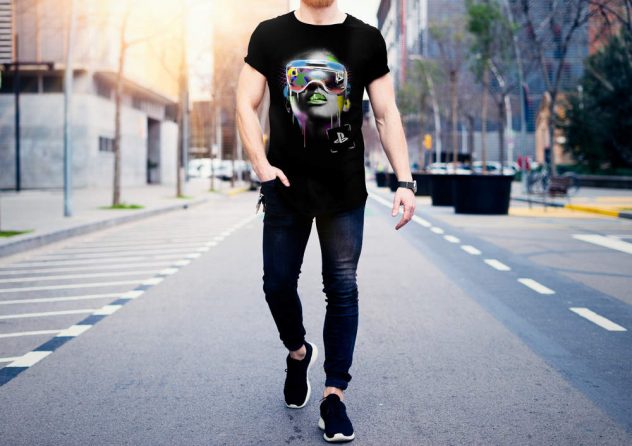 The e-store features a wide selection of PlayStation branded items, as well as merchandise to support their leading games; Horizon Dawn, Call of Duty, Assassin’s Creed, Resident Evil, among others. Right now, until 18th June, all products in the PlayStation Gear store, including clothing, accessories and gifts or collectables, are 10% off to celebrate it’s timely launch coinciding with PlayStation’s global ‘Days of Play’ campaign, leading up to the world’s largest video game news expo., E3, taking place in Los Angeles 13-15th June.

Under the direction of CentreSoft, PlayStation Gear was built by e3creative, who will continue to manage the site as, e3creative’s Managing Director, Jake Welsh, indicates:

“The PlayStation Gear platform has utilised all areas of expertise within the agency, from strategists, analysts, UX designers, digital artists through to coders and security teams. It’s been a triumphant effort from all of the teams involved. With the platform only just launched across three territories, there are already encouraging results and engagement levels from gamers across the world, so we look forward to growing the platform into further territories globally, and providing access to gamers worldwide.”

PlayStation Gear is now available across three European territories; England, Germany and France, and e3creative will continue to develop the platform with the plan of entering additional countries this year. e3creative’s Head of Design, Simon Fairhurst, explains working for such a large brand has posed additional considerations:

“The team put an extra emphasis on ensuring the platform was visually impressive, reflective of PlayStation’s brand guidelines, yet distinguishable from their main website. To achieve this, we made subtle changes to key areas, such as colour of the site’s navigation bar and focused heavily on UI and UX to create a seamless and personable customer journey.”

This is the first time PlayStation has directly sold merchandise to European players. Prior to the launch of PlayStation Gear players only had access to limited merchandise through online or speciality high-street retailers.

This venture supplements PlayStation’s leading position in the world’s video game market that was cemented with PS4 named the world’s best selling console every year since its launch in 2013, with more than 50 million units sold worldwide, recorded in December of last year according to a statement by Sony Interactive Entertainment. A major part of PlayStation’s growth is seen in Europe with PS4 dominating 70-90% of the European console market, as Jim Ryan, President of Sony Interactive Entertainment Europe (SIEE), told VG247. That popularity stems to their games with global sales for Horizon Zero Dawn have exceeded 2.6 million units during the first two weeks of its launch, reported by PlayStation.

PlayStation Gear makes it easier for European players to get their hands on official gear to game in style or represent their favourite past-time.

The lucrative art of storefront design