Neil Kinson, chief of staff at Redwood Software and Professor Leslie Willcocks from the London School of Economics and Political Science tell Talk Business if you should be shunning robotics in your business. 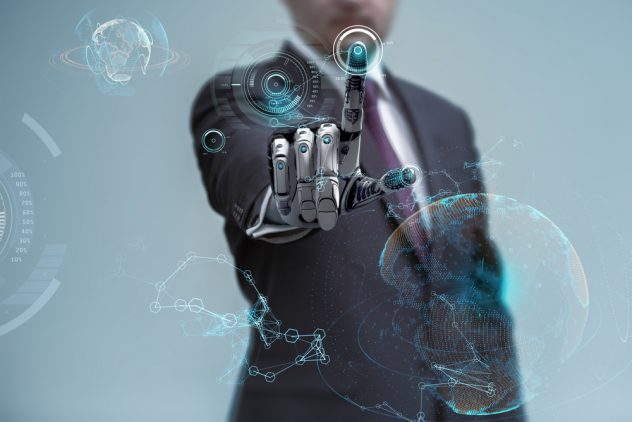 The robotics industry has inspired both fascination and panic over the past 20 years. Iconic films such as Terminator and Robocop have compounded theories that robots are set to overpower humans causing the end of civilisation as we know it. Others are fascinated by our machine counterparts and focus on how they will enhance our future, not just in terms of our lifestyle but also in the workplace. Popular culture is increasingly promoting the benefits of this rapidly growing phenomenon, however, how can businesses be encouraged to follow suit and reap the clear benefits of robotisation in the workplace?

Humans: on the brink of a jobless future?

A report by International Data Corporation last year predicted that worldwide spending on robotics and related services will hit $135.4 billion in 2019. Robotics Process Automation (RPA) in particular has the power to make an impact on a wide variety of sectors. It enables companies to automate a number of repetitive and rules-based tasks, generally carried out by white-collar workers. Unlike their predecessors, no integration is needed as the tools simply sit on top of the legacy system to interpret and manipulate existing data and trigger the appropriate response. As a result, the system can be scaled rapidly; productivity is increased, compliance improved and costs reduced.

Freeing staff up from repetitive manual tasks to allow them to focus their efforts on more value-add, strategic activities should be an appealing concept. However, as long as we remain fixated on the idea that robots replace humans, or narrowly define the sets of tasks to which we can apply robotics, the true potential of robotic process automation will be overlooked. RPA will make it possible to completely re-imagine how the entire process is executed – e.g. cash to billing, record to report, procure to pay – as well as the interdependencies between these processes.

The benefits of this technology seem clear, but with many business leaders adopting a mind-set of ‘skilled ignorance’, more needs to be done to promote the undeniable advantages of robotising core business processes. Recent Redwood Software research revealed 97% of those in shared services appreciate that robots can automate manual data entry tasks. However, only 52% agree they can “understand basic finance processes”. Only 51% believe that they can replace human activity from end-to-end, and less than a third think it is possible to automate more than 80% of the finance processes in their companies. Myths such as these are further evidence that businesses are still not seeing the bigger picture.

Achieving robotics in the workplace

Businesses are acutely aware of the benefits of exploiting big data to drive process improvement, yet robotics is often overlooked as part of this story. RPA creates streams of valuable data as a by-product of executing the process which can be used to further drive process improvement and efficiencies. However, in order to achieve the optimum process level benefit, automation technology must be able to integrate with the ERP system, to document, track, and validate activity from end to end. This guarantees process integrity, and crucially, the ability to scale easily without the cost of adding extra desktops.

The best RPA offerings out there are those that embody ‘process intimacy’, where entire processes such as ‘procure to pay’ are robotised. Rather than communicate with applications at the user interface level (UI) and mimicking user interactions, many software robots today have the added capability to communicate directly with core ERP and other business systems at the server level (API). This allows greater process standardisation, compliance, control and audit trail.

The investment into RPA or enterprise process robotics can add real value today. Rather than blindly mimicking the actions of a human, smart software robots can have built in ‘know-how’- an understanding of how to handle each processes step, having complete knowledge of finance, supply chain and HR processes from the outset. However, this removal of humans will not result in a complete loss of process control and job losses. In reality, the automation of processes end-to-end actually will actually enhance overall control, resulting in improved granular visibility.

In addition, recent research on the rise of ‘RoboFinance®’ revealed that robotics investment cannot just meet an organisation’s expectations, but exceed them. It was reported by Royal DSM, global science, health and nutrition company, that the organisation experienced automation levels of 89% as a result of the implementation of enterprise process robotics across their global record-to-report processes. This is notably higher than the estimated 80% automation rate and not only improved efficiency, but freed up the finance team for more strategic analysis.

The current gap between the hype and reality of robotics is far too wide, and risks undermining the value of the industry, leading to misplaced expectations amongst process owners and IT leaders. However, we see 2017 as a pivotal year for the evolution of Process Robotics – an evolved version of RPA. Applied properly, process automation will not mean human replacement, more re-orienting the workforce around today’s technologies and digital processes. The robots have landed and the businesses that survive are those that will embrace the future rather than being constrained by what is no longer effective.

The 5 best startup cities in the world