Sales are always a bit of a gamble it can feel like a game of fantasy slots, you can increase your odds by hiring a great sales team. But even for the best salespeople the summer holiday period can be a frustrating time. 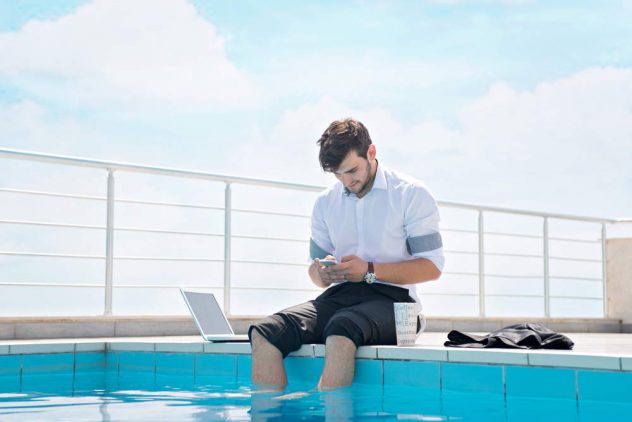 Buyers and decision-makers are on holiday or are busy covering for colleagues who are. Your own production, warehousing and delivery staff are off and you’re probably in the holiday mood yourself, and you may have been away as well.

If we’re not careful, that summer holiday feeling can drag over into late September, and even October in some cases! And by the time you come to your senses, it’s nearly Christmas and your sales figures are nowhere near where they should be.

To avoid that summer holiday hangover, follow the simple tips below and just watch the impact on your sales figures.

September is a great time to sit down and analyse your sales pipeline. You’ll have had a number of people say to you “call me back after the holidays”, and perhaps now you’re struggling to get hold of those people? Or they suddenly don’t sound as keen to meet you (or buy from you) as they did before the holidays?

That’s probably because the “call me back after the holidays” was a simple objection, and you didn’t deal with it very well. Now, it’s 4-8 weeks later and their level of interest (if they had any in the first place) has cooled from Lukewarm at best to pretty much cold. Sometimes you can revive it, and sometimes you just need to move on.

As salespeople, we tend to be positive. Sometimes we’re even guilty of being over-positive. And nowhere is a better example of that than with our own sales pipeline.

I’ve worked with some salespeople in the past that are entirely convinced that EVERYTHING in their pipeline is going to come in, and probably this month! And most salespeople probably NEED the majority of it to come in, to have any chance of hitting their target.

However, September is the time for more realism about sales pipelines. If the people who said “call me back after the holidays” are no longer that interested, get them out of the pipeline.

This is a really important point and one that is overlooked by the majority of people. If it’s 4-8 weeks since you spoke to the prospect last then there is a good chance that their situation has changed.

This means that their buying motivation may have changed, the drivers behind their initial interest and potentially the business or divisional goals may well have altered in that time. Therefore it’s imperative that you re-qualify the sales opportunity to ensure there is still good potential for bringing in this piece of business, quickly.

Once you’ve taken the above steps, for any potential deals or prospects that are still in your pipeline, it’s important to get them moving. Far too many salespeople sit on a big pipeline, with deals or customers that have been stuck at one stage or another for ages, without any idea of when or how they’re going to move to the next stage.

Depending on the length of your sales-cycle, if you’ve got deals or prospects that have been ‘stuck’ at one stage or another for a while, you need to take a close look at them and determine some actions to get them moving through the pipeline, or get them out.

Sales managers and directors much prefer realistic pipelines to ones that are pie in the sky. It also can be quite demoralising for a salesperson to have an unrealistic pipeline, as the more deals or prospects that don’t convert, the worse the sales person feels, and their confidence, attitude and motivation are affected – therefore they’re less likely to bring in the other deals.

So, be more realistic about your pipeline, get the deals or prospects out that are unlikely to convert, re-qualify them if necessary and get what’s left moved through your pipeline – and you’ll see an immediate impact in your sales performance.

Benefits of executive coaching for 2016

Fancy ditching the nine to five? 10 tips to becoming your own boss