Payment technology is developing at an incredible speed, and with consumers eager to adopt, what can business owners do to stay up-to-date? 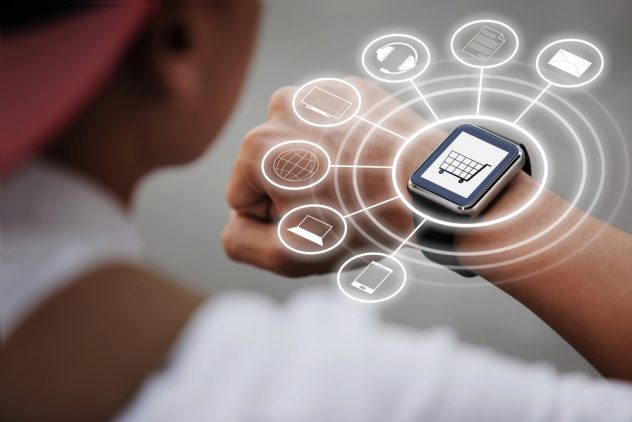 According to research by PayPal, 44% of small businesses have not considered using new payment technology. This is a shocking statistic considering how quickly consumers are adapting to new payment methods, with contactless cards – and digital cards like Apple Pay – becoming commonplace in just a few years.

The shift towards a cashless society appears to be looming, with the traditional, physical payment methods being increasingly phased out in favour of digital alternatives.

But which innovations are the priority for business owners and retailers?

Cryptocurrencies are open-source systems that allow parties to transfer funds digitally, without using a bank as a centralised regulating body. Bitcoin is perhaps the most well-known of these currencies, and some companies have even opted to accept bitcoin, such as the online gaming platform Steam, travel brand Expedia, and Wikipedia – who accept donations in this method.

Security has been a barrier to bitcoin’s growth among the ordinary public, with question marks over potential hacking risks – not to mention the possibility of a price crash. Online retailers should consider accepting cryptocurrencies, since being part of a relatively small group of brands who accept payment methods like bitcoin could provide a considerable edge on competitors.

Microchip payment tech involves embedding a small chip into your palm, which can be used to pay for items by swiping it over a reader. Aside from sounding like something from a dystopian science fiction novel, this invasive sounding invention is unlikely to become next year’s big trend.

While the line between natural and artificial is becoming blurred – perhaps most prominently with the emergence of wearable technology – microchips under the skin is perhaps a bridge too far.

Near field communication is the technology behind contactless cards. It works by transmitting small amounts of data – such as banking details – over a wireless link between two NFC-enabled devices. NFC is also how digital cards work, such as Apple Pay and Google Wallet.

Consumers have enthusiastically adopted this new technology, evident in the increase of the contactless spending limit from £20 to £30. By 2020, all point-of-sale devices in the UK must be contactless by law, so don’t delay with making your business NFC-friendly.

When it comes to payment methods, biometrics is the process of using fingerprints, retina scans, or facial scans to validate a customer’s identity during a purchase. A study showed that 80% of people believe that biometrics are safer than cards, with 52% of those interviewed stating they would rather use biometrics than a traditional username and password.

Biometrics will cause a dramatic reduction in checkout time, which could be good news for ecommerce sites. It’s worth investigating the validity of introducing biometric payment technology to your business, as it’s predicted this method will only become more commonplace in the near future.

Digital cards such as Apple Pay, Samsung Pay, and Android Pay allow consumers to access several cards at once using a single mobile device. More than half (52%) of 18–24 year-olds favour digital wallets over cash or card, citing the ability keep track of their purchases as a significant benefit.

Accepting digital cards can be as simple as getting in touch with your POS device provider, so if your business is focused towards a youthful audience, it’s worth doing this immediately.

72% of shoppers believe that wearable technology will be the future of retail, and more than half of shoppers predict that these technologies will be commonplace within two to five years.

Smartwatches have been popularised by brands like Apple and Samsung, allowing customers to pay for items with a wave of the wrist. These devices use the same NFC technology as smartphones and contactless cards, so it’s worth checking if a POS upgrade will include wearable technology compatibility.

Why invest in new payment technology?

There are myriad benefits to investing in new payment technology. As the attitudes, especially in young people, shift in favour of cashless purchasing methods, businesses risk being left behind if they stick to traditional practices.

Convenience and speed are key benefits of emerging payment tech, so failing to meet expectations could encourage your customers to give their business to a more tech-savvy rival.

Things to consider before choosing a card payment solution for your...

Dominic Lill - September 6, 2017 0
With card payments on the rise and lots of different solutions available it’s important to consider all options before your business starts accepting card...