Major UK cities have long dealt with growing urban populations, but as the effects of climate change and globalisation are more keenly felt, newer and smarter solutions are needed. Today, there are unrivalled opportunities for partnerships between private interests, urban tech, and civic bodies to change the way we live for the better. In the following article, we’ll cover some of the exciting features of global urban development and what they mean for UK investors. 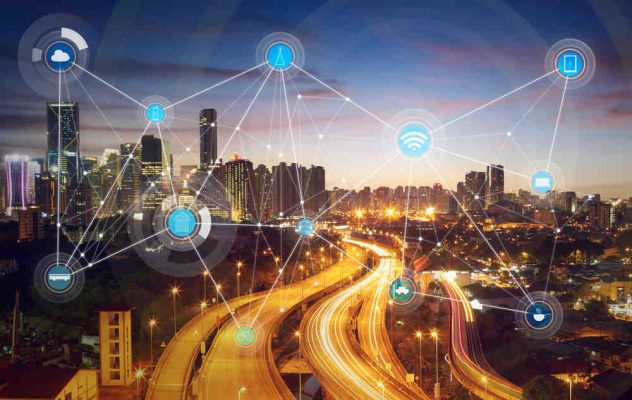 The green roots of smart cities

Environmental sustainability has been core to smart cities since the very beginning. Smart cities were born of the perhaps counterintuitive idea that city authorities could play a key role in tackling climate change. Nevertheless, urban entrepreneurs are only now waking up to the opportunities and possibilities of committed investment in sustainable urban development projects and smart tech.

Of course, the role of private financial interests in this burgeoning market might make some early advocates uneasy, but the flow of capital into green and smart urban projects should be welcomed. From a financial perspective, green energy is becoming cheaper year on year and sustainable urban housing is in the long term more profitable than cheaply-built housing, so it’s inevitable that the market attracts private capital. The use of data and communications technology in city planning also enables the development not only of sustainable housing projects, but also projects that are extremely attractive to potential tenants and consumers.

Enterprising investors and startups in London aren’t alone in confronting the changing dynamics of urban development, sustainable living, and green technology. Around the world, organisations and platforms like Urban Hub facilitate the exchange of ideas, designs, and technologies across smart cities. With the flow of information across the internet, it’s never been easier to share solutions to the issues of modern urban living. However, capital doesn’t flow quite as freely as information; this is where private sector interests, in partnership with state bodies, can have an exponential impact on both a growing international market and a pressing social problems. As we’ve covered before, organisations like the UK Green Building Council serve to facilitate the interchange between green tech providers and urban planners in a domestic context with a practical and transferable impact.

The problems of sustainable urban development are not unique to, and cannot be solved by, a single state actor. In the United States for instance, the gap between supply and demand for urban infrastructure is estimated to be upwards of a $1 trillion per year. Cities need solutions that can be advanced and scaled by private investment. Barclay’s bike hire scheme with Transport for London is a prime example of this. Bike sharing projects have been around since the early Noughties, but owing to issues of scalability and lack of public funds the scheme wasn’t launched in London until a public-private partnership could be established. The benefits to all respective parties are obvious. The banks get to flash their green credentials and an unrivalled advertising opportunity, the Mayor’s office gets a measure to tackle pollution and congestion, and the public receives easy access to bicycles.

The city & the connected citizen

In the handheld tech sphere, apps and smartphones are changing our relationship to the cities in which we live. Increasingly, public-private partnerships mean that entrepreneurs can develop low-yield tech that can then be scaled by public bodies. For instance, the Chicago-based Array of Things collects real-time data through a network of nodes on the city’s environment and infrastructure. The data is then made publicly available for day-to-day use by citizens on an app and later used by policymakers, planners, and developers to advance smart solutions to the city’s problems. In this way, urban development has been decoupled from its classic conception as a matter of building new spaces. As the network of information that stakeholders can call upon has dramatically expanded, so too have the boundaries of urban development itself.

If major cities like London and Birmingham are to develop in a sustainable and environmentally-friendly way, the cooperation between state actors, tech innovators, and private interests can only increase. Smart urban development presents investors and developers with an opportunity to minimise their financial risks through tech-informed planning and maximise their positive social impact to create a better, cleaner future for our cities.

Why are businesses at risk of data breaches more than ever?

3 steps to make your psychological research a breeze

What is the real cost of a cyber breach?

Qualitative marketing: What is it? How can it help?

How to build the best tech stack for your development enterprise

5 ways to visualize your business data

Does your company really need a CDP?

Dominic Lill - July 1, 2015 0
Entrepreneurs often don’t succeed as they fail to fully understand their existing or potential customers and / or competition. This frequently leads to optimistic...