It’s not uncommon for businesses to borrow from companies in other sectors when it comes to implementing new trends or new ideas that have proved successful in other guises. In an ever-changing marketplace in 2017, we’ve seen one major player in this trend of business influence emerging, in the form of iGaming – online casino and other betting games. The industry has been influential and inspiring for other sectors partly because of the success the industry itself is having – the £4bn mark was surpassed in 2016 with at least a 12% increase on 2015 – but this isn’t the only reason why casino game terms like “doubling down” are now a serious part of business strategy conversations. 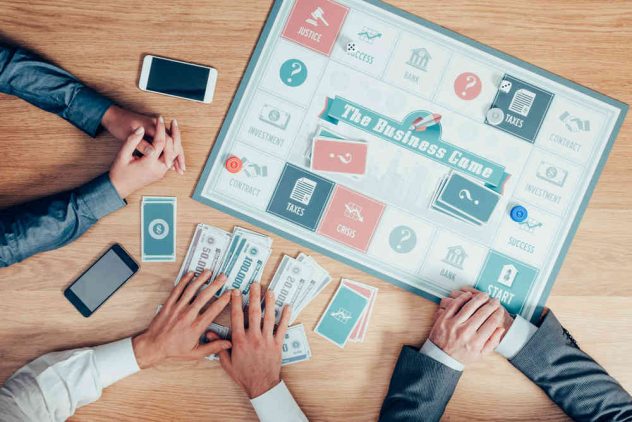 Learning the lingo and why it matters

Playing it safe only gets you so far in business, and that rings true in almost any sector. Knowing how and when to take a calculated chance is essential, and this is a fundamental aspect of the gaming industry. In fact, it is so ingrained that this philosophy runs from the approach of some of the most well known gaming brands, to the very language used in the games and products they promote. 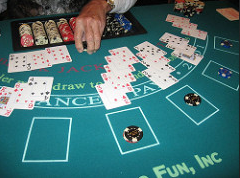 Learning when to back yourself and have faith in what you are doing is essential if you have anything to do with running a business. You can then feel confident about taking 50/50 decisions, knowing when to be aggressive by using a strategy like doubling down, and when to retreat and minimise losses.

The idea of doubling down relates to backing yourself when you look like you are in with a good chance of winning. It started as a blackjack strategy and, from a broad perspective, relates to knowing when to take risks and when to back down. In blackjack, doubling down really has its place when you are dealt hard 8s, 9s, 10s and 11s and refers to the player choosing whether to increase his or her initial bet by up to 100% in exchange for committing to stand after receiving exactly one more card.

The lesson to learn here for wider business strategy is knowing whether to invest more money or resources when the opportunity for growth seems to be there, and, of course, having the appropriate statistics and advice at your fingertips and knowing how and when to apply it. In the example of blackjack, having a Double Down Variables chart to hand when playing can be advantageous. In business, you need to find the equivalent of that for your sector and/or situation.

Part of the challenge with doubling down in blackjack and in business is that it is not just about the idea of what you will win, but also what you are prepared to lose if you go in hard and use an aggressive strategy. This relates not only to growth, but also, crucially, to reputation. Take Uber as an example. They decided to focus on the Chinese market, estimating huge opportunity for growth to be there, and heavily invested in their Chinese ambitions. However, they ended up fleeing the Chinese market with a flawed reputation after failing completely to understand the local landscape and the local competition and regulations. Ultimately, sometimes a more cautious strategy is likely to be one you feel happier with.

On the flip side, there are many examples of brands that took the aggressive risk and saw it pay off; the founder of Spanx was initially dismissed by lawyers for her business idea, but she went with it and succeeded with no serious support around her, writing a patent on her own and turning down the opportunity for outside investment. Now, the company is pretty much a household name and one worth around $1billion. The founder, meanwhile, finds herself the youngest self-made billionaire to appear on Forbes’ World’s Billionaires list.

It’s not all about Blackjack

Blackjack isn’t the only area of gaming that businesses can learn from; game theory is now a well-known and widely respected part of business analysis. Just think of terms like “zero-sum game” and how often you hear them applied to business strategies. 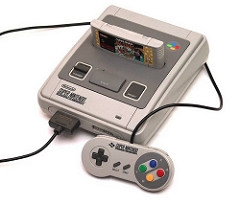 Ultimately, the reason why game theory has become so important for wider industry is because it realises that no business, however big, is able to act in a way that is completely isolated. Everything has a knock-on effect and everything has an influence and is influenced in turn. To this end, we are witnessing companies like Nintendo looking at utilising the end game theory when it comes to products like the re-launch of the Super Nintendo as the SNES Mini Classic. This market has become a niche one that has limited wider interest but can still be used to make a decent profit as demonstrated by the fact that this console sold out in just over 20 minutes when it was made available in the UK. Furthermore, the likes of Sega and Atari are trying hard to do the same, using the end game theory to get those last bits of cash out of a market that many people thought had long since finished.

With the world of iGaming continuing to evolve, the chances are that businesses will continue to learn from innovations in the sector, and philosophies held within the very games and products iGaming offers, to provide more and more applications to the world of wider industry.

What can business learn from the world of gambling?

The importance of diversifying into new services and products

Pros and cons of swing trading and alternatives

Why you should invest in a Monaco business for sale

Dominic Lill - August 28, 2018 0
Synonymous with jet-setters, high-rollers, motor racing and the yachting elite, Monaco is unparalleled as a celebration of luxury and prestige. Given the high esteem...
We use cookies. To learn more, read our Privacy Policy.Ok