The government of the United Kingdom has offered some cautious words to Britons in the wake of a failed ‘Stress Test’: Be wary of unfunded giveaways. The Office for Budget Responsibility (OBR) is staring multiple challenges in the face now that the fiscal problems facing Britain are mounting. Established in 2010 by then Chancellor of the Exchequer, George Osborne, the OBR must deal with multiple exigencies including the possibility of a biting recession. 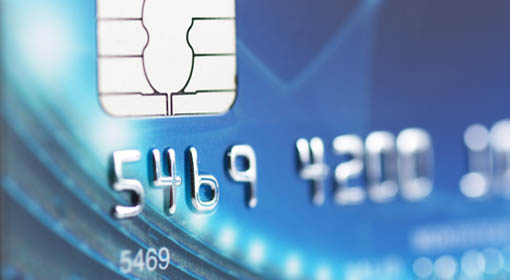 Among others, the increase in credit card default rates in the United Kingdom is causing tremendous concern. Tightening of credit lines across Britain is taking place at a rampant pace. The problem stems from declining real money wages and rising inflation. With job prospects limited and extreme volatility surrounding the Brexit saga, credit spending has increased sharply.

Bank of England forecasts doom and gloom in credit markets

In fact, the Bank of England reported that defaults were sharply higher between April and June 2017. This will invariably lead to a drop in the availability of credit in the second half of 2017. When people start defaulting on their credit card repayments, this is not a good sign for the economy. In the UK, this is now a ubiquitous phenomenon, and it is also happening on personal loans too. In Q3 2017, credit card lenders are anticipating a rise in rates. The average UK household’s finances are now being squeezed from all directions.

With declining disposable income and rising costs, it is akin to the perfect storm brewing on the horizon. The GBP has also plunged to 32-year lows against the greenback and other currencies, and is among the worst performing of the G10 currencies. On June 23, 2016, Britons voted by a majority of 52%-48% to leave the European Union. The Brexit decision has yet to reveal its true nature. Many multinational companies have signaled their intent to relocate offices and personnel from the city of London, and the UK to cities across Europe. This is particularly true of banks and financial institutions, automobile manufacturers and the like.

In the UK, imported goods for companies like Marks & Spencer, Asda, Woolworths, Tesco and the like are subject to higher prices as the pound loses value. Perhaps the most important component of the new look UK economy are the banks cautionary approach to lending. It is widely expected that UK banks will tighten credit lines, making it increasingly difficult to be approved.

New loans will be subject to greater checks and balances, given the precarious economic realities facing Britain. Secured credit like home loans will not be as readily available, given that banks are trying to protect themselves in the event of default. This is particularly true of individuals with small deposits on their properties. Tightening in credit markets is likely to boost alternative forms of lending with non-bank lenders in the UK.

Are UK interest rate hikes on the horizon?

It should be noted that the decreased availability of credit will only affect borrowers with LTV (loan-to-value) ratios greater than 75%, especially those with LTV ratios higher than 90%. The Bank of England recently instructed UK banks to boost their cash holdings so that they are better positioned to withstand economic shocks.

As credit card borrowing increases and overall consumer debt spikes, banks will need additional capital to protect against major market instability. The last time that interest rates were raised in the UK was July 2007, and if the Bank of England decides to increase interest rates, this will increase the credit defaults since more will have to be repaid to banks and financial institutions in the UK. The UK’s current bank rate is 0.25%, but the BOE is looking to pull the trigger to protect the UK economy from the ravages of a Brexit and a recession.

The pros and cons of being a UK landlord

Everything you should know about renting to students