Recently, more and more vans have been leased, rather than bought, by UK businesses. In March, the British Vehicle Rental and Leasing Association revealed that the number of vans being leased for business use grew 16.2% year-on-year in 2016’s fourth quarter. This was, at least, among the BVRLA’s own members, which also took account of car and van hiring by consumers. 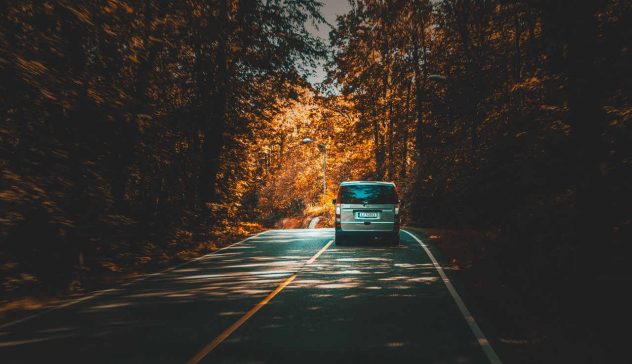 In words quoted by FleetLeasing, BVRLA Chief Executive Gerry Keaney remarked that “it’s great to see our members’ business lease fleet increasing”. He added that much growth in the popularity of these members’ vehicle hiring services “is coming from a new audience – small businesses and consumers who are coming to leasing for the first time.”

Those businesses could include construction firms that have realised the following benefits of forgoing purchasing vans in favour of leasing these vehicles instead.

Your firm won’t have to dip so heavily into capital

If your construction company currently buys, rather than leases, its vehicles, there are various sources of funding that it might regularly utilise to complete the purchases. These sources include not only money that the business itself has directly made, but also bank loans and hire purchase agreements. The latter is where capital payments are deferred over a particular duration.

However, Construction Media advises that, unless your company has “incredibly particular requirements” concerning the bodies or fitted equipment of  LCVs, outright purchasing these light commercial vehicles might not be the best method of obtaining them. By hiring vans, you could free up money that could then be spent on other aspects of your company.

You can have more certainty about the cost

While buying a van is a hefty investment, you might expect this expense to ultimately pay off in the long term. However, one problem with this attitude is that you can’t be confident about exactly how the long term will unfold. With vehicle rental, on the other hand, you are largely paying for the van as you use it. There is no long term commitment; thus, the risk is much diminished.

With a bought vehicle, unexpected costs – such as those of repairing the vehicle if it suddenly breaks – can occasionally emerge. In contrast, with a leased vehicle, you can budget monthly payments, which you can often make out of your company’s revenue streams rather than borrowings.

There is less need to fret about value depreciation

A van, like a computer or smartphone, can be highly sophisticated and have a price reflecting this when it is initially bought. However, the van’s value – and, therefore, the price that can be realistically demanded for the van – can decline over time.

Hence, once the time comes for your business to replace that van, you could struggle to sell it at a price close to what you paid for it. This is a risk of continuing to use a bought van over a long period, even though the high expenditure this vehicle originally required might have made such a strategy seem necessary for bringing more return on investment.

Leasers can care for the vehicle to your benefit

Nonetheless, to help protect yourself financially as a van driver, you should take out van insurance. The different types of this insurance available include first time van insurance, an attractive policy of which you might be able to source with help from the insurance comparison company Call Wiser.

You can enjoy a broad choice of leasing options

Each contract for hiring a van can be flexible; for instance, there can be limits on how long and what mileage the vehicle can be used for. Fetters on the costs of contracts can stay tight, thereby preventing van hiring expenses spiralling out of the construction firm’s budget.

What also helps keep van rental costs low is competition between rental companies. For this reason and others, you could be pleasantly surprised by how much return there will be on your investment in hiring a van.

Your second set of eyes: The many ways GPS tracking can greatly benefit your business

How to have fewer and more productive meetings