Given that the credit card-sized single-board computer known as the Raspberry Pi was only developed in the first place for use in developing countries and schools, and even then only really for the teaching of basic computer science, it’s astounding just how much cultural traction it has gained.

It has now spawned many versions beyond the first-generation Model A, including the especially affordable Zero. Earlier this year – as reported by the likes of The Verge – it was officially announced that more than 12.5 million Raspberry Pis had been sold since the initial version’s debut in 2012. 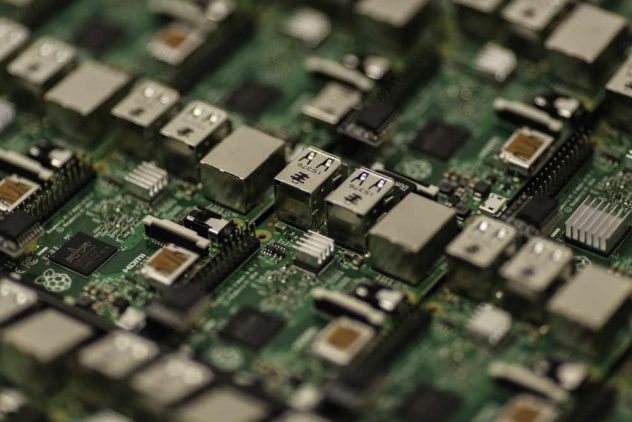 Unsurprisingly in the light of such sales, there are also now many sites out there dedicated to projects that can be made from the Raspberry Pi, all of which surely begs one other question… in what ways could your business also make use of it?

The Raspberry Pi’s low asking price compared to other popular development boards from the likes of Samsung and Qualcomm has led many businesses involved in product development to swap those longstanding pricey alternatives for a much greater number of Raspberry Pis.

Just think what embracing the Raspberry Pi for your own firm’s development projects could do to its bottom line. Whereas more conventional development boards typically set you back several hundred pounds each, you can head to a popular Raspberry Pi online store like The Pihut and pick up a Raspberry Pi 3 Model B for just £32, or the Zero W for less than a tenner.

Now, just imagine the difference that makes if your business grows and you end up with multiple teams of five to 10 people each, with all of them needing a development board.

Almost all businesses occasionally find themselves hamstrung with computer connectivity problems or malfunctioning components. Wouldn’t it be great if you could therefore use the Raspberry Pi as a troubleshooting tool?

Well, that is perfectly possible with little more than some custom code and a basic LCD touchscreen and battery. It could be just the thing for checking IP connectivity or testing computer components through the use of other USB attachments.

Or why not use your Raspberry Pi as an information security testing tool by coupling it to network-penetration software so that it can hunt out weaknesses in companies’ systems?

The idea that the Raspberry Pi could even be used as a small and simple server for handling light internal or web traffic may seem a touch ambitious, but it’s something that has been successfully tried over the years by many an owner of the little single-board computer.

The Raspberry Pi is not a solution for high-traffic sites, but its merits as a small server have been cited by – among others – ZDNet blogger Chris Clay Clay. He praised the Pi’s small form factor, low power consumption, status lights and expansion capabilities, stating that these characteristics – among others – made the tiny computer “an attractive solution for a small and lightweight server.”

The above are just a few of the many business benefits – hidden or otherwise – of the Raspberry Pi. So why not purchase yours today to get a sense of its possibilities and what it could do for your own business?

62% of IT leaders expect a rise in non-tech people entering their teams, as IT skills shortage grows

What is company culture and why is it important?