Crime is a thorn in the side of many businesses in the capital, and the situation is getting rapidly worse. A survey from the London Chamber of Commerce and Industry (LCCI) survey found that “crime against businesses in London is running at epidemic levels, with 47% of firms having been the victims of criminal activity during the last 12 months.” 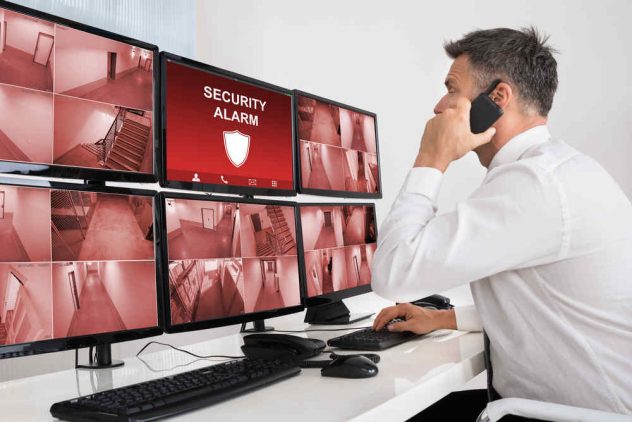 Much attention has recently focused on cyber crime, but it is the more traditional forms of crime that have been more common, and at least just as harmful. Burglary and shoplifting were cited as the type of crime which had most affected their business by 22% of respondents.

LCCI president Michael Cassidy said of the report that it’s smaller businesses that suffer most; “they tend not to complain. But the reality is, higher priority should be given to this problem in London given the worrying picture emerging from these figures.”

Clearly, business owners cannot afford to underestimate the importance of physical security. Here are three simple steps you can take to give your business the best possible chance to avoid the financial burden of a burglary.

When people think of burglaries they think of home invasion. However, businesses are particularly vulnerable to burglary, criminals know that nobody is likely to be in, there will be no pets, and there’s likely to be either money or expensive electrical equipment at the property. It’s a dangerous cocktail.

That’s why it’s vital to know who exactly has a key to your office. And when moving into a property that just might not be possible. Therefore, it becomes not just pertinent, but necessary, to change your door locks. Speaking on the need to replace locks when moving into an office, Ian Williams from Ocean Finance states that “it’s really odd that we don’t take the basic precaution of changing the locks. We seem prepared to take it on trust that the vendors and estate agents have given us all the copies of the keys.”

Williams was talking specifically about homeowner’s, but the same point can be made for businesses. Perhaps that’s because replacing a lock can be expensive and time-consuming. However, London-based security specialists, Banham, argue that it is possible to rekey rather than replace your door locks. Banham state that “unless a lock is malfunctioning or a totally different style is desired, many locks can be rekeyed and kept in service.”

Decide who gets a key

Once you have replaced the keys to your office, it’s important to be absolutely certain who and who doesn’t have a key to your office. For businesses is vital to have a structured system in place.

You can start to do this by establishing a key control policy. Signing out new keys to employees is a way to help you keep track of who does and who doesn’t have access to the property. Every employee or third party who has a key should sign a key holder agreement. The agreement states that keys must not be loaned out, and lost keys must be reported immediately. Make it clear in the key holder agreement that keys must be returned on termination of employment – this means you don’t have to worry about changing the locks every time a worker moves elsewhere.

There are tools available that can help your business automate this process. For example, Key Wizard was developed specifically for locksmiths and end-users to track detailed information on keys, keyholders and locations. Another online tool, Key Tracker, allows businesses to track all their staff/users to the database allowing to track all key movements from a range of devices, such as PC’s, laptops and smartphones.

Although most burglaries occur during the night, without an access control system, what’s stopping a criminal entering the property and stealing equipment in broad daylight?

Access control providers SECOM state that the equipment can create a safer environment for your business by allowing access only to authorised personnel, whilst also discouraging opportunistic theft. Access control systems make breaking into your property that bit harder, which is usually enough to dissuade all but the most determined burglars.

Depending on your business, the property, and the local area, you may decide that extra security is necessary. It’s worth noting that a wide range of options are open to you, from security guards to CCTV installation. Whichever security measures your business decides to take, it’s important that everyone at the company are on the same page. With these steps taken, you can rest assured that your property is safe and secure.

Why should businesses invest in CCTV?

How to keep your business premises and employees safe and secure

Protecting yourself from liability on the way

Why barriers are essential for event safety and security

Take the stress out of security

How to make sure your new business property is secure

Safeguard your systems: What to do to prevent a business crisis

Understanding the FCA and the importance of business compliance

Dominic Lill - January 16, 2017 0
Making Business Matter and Darren A. Smith are giving away three 30 minutes of telephone Time Management Executive Coaching to help you improve yourself...
We use cookies. To learn more, read our Privacy Policy.Ok