Back in 1978, a young factory worker named James Dyson was becoming frustrated with his vacuum cleaner’s performance.

As an aspiring inventor and engineer, Dyson decided to apply some of his experience to finding a solution and at the same time become one of the UK’s most famous start-ups. After all he’d already witnessed a cyclone tower for his employers that used a spinning motion to separate particles on a grand scale, but the question was whether this principle would work at a smaller level. 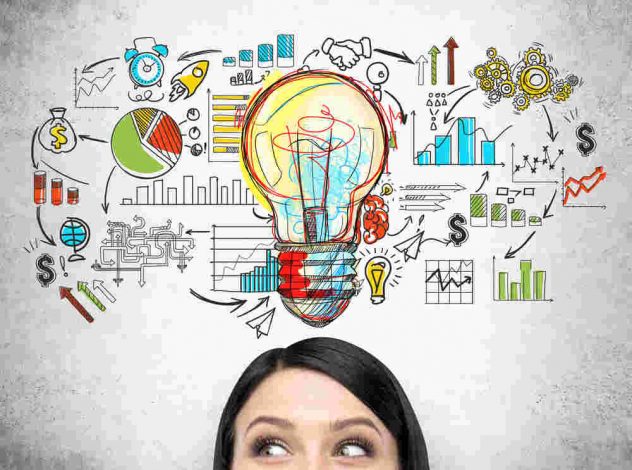 As we know now, it can and does. Dyson, then in his early 30s and struggling, and now worth a mere £7.8 billion, needed more than 5,000 prototypes and more than ten years to gain any real traction. The key was persistence and the appeal of a vacuum cleaner without a bag, which eventually led to the Dual Cyclone becoming the fastest ever selling vacuum cleaner in the UK.

It’s easy to assume that someone with the talent of Sir James will always make it, but for every great business idea there are thousands, or perhaps tens of thousands, that flounder through a combination of factors such as bad luck or communication. Then there are those who have a great idea that will change the world – and it stays in their head forever, through a lack of time, fear of embarrassment, or another excuse.

One of these excuses is procrastination, working on an idea until it reaches perfection, rather than putting out a working, functioning model – otherwise known as an MVP (Minimum Viable Product). It’s understandable that someone might have an idealised image in their head, but working towards a perfect product and getting nothing out on the market will not make you money. In the time between the first day and the fully-formed product the market might change and someone might jump in there before you.

Take Amazon, for example. In 1994 Jeff Bezos left Wall Street to set up ‘Relentless.com’ with the plan of selling books online from his garage, via the nascent internet (although Bezos still thinks he was too late). That address still works although the name was swiftly changed, and Amazon (and possibly soon .Amazon) is still selling books – as well as planning to deliver using drones and acquiring Wholefoods. Bezos didn’t expect to make a profit for several years and was proved correct; 2001 was the turning point, when it became profitable in the first quarter to the tune of $5m. Last quarter’s profits? $724 million.

Other internet start-ups from the 90s included Magellan, Snap, and Infoseek. Remember them? They were all search engines that couldn’t find a way of sustaining themselves, while others had to reinvent or change names to survive, such as Lycos and Yahoo. Meanwhile Google remains the behemoth to beat, dominating our online lives in so many ways. It’s been said that while others tried to diversify and branch out into different avenues, the reason Larry Page and Sergey Brins’ project excelled is that they stayed with search as their number one offering, without diluting the overall project. Now, of course, it’s everything from a map service to a video showroom (through YouTube), and continues to evolve.

Google (and Amazon, for that matter) is part of the ‘Big Five’, alongside Facebook, Apple and Microsoft. All five have gone so far past their initial aims, projects, and for that matter look, that it seems laughable to even look back at their first iteration. A first look at ‘Thefacebook’, back in early 2004, shows a fairly nondescript opening page that doesn’t exactly entice;  a mysterious ‘Facebook Man’ lurks in the top corner who somewhat resembles Al Pacino, alongside groupies (!) and a cluttered, awkward screen of boxouts and strange web links. Nevertheless, 1,200 Harvard students had signed up to Mark Zuckerberg’s social network within a day, and it quickly extended to other universities and then mankind as a whole. As the company heads towards 2 billion users, the question is how much further can it go, and as with Google, how many start-ups can it assist and enable itself?

Zuckerberg was a billionaire by his mid-20s, but he was positively ancient in comparison to young Swedish entrepreneur Ingvar Kamprad, who started bulk-buying objects such as matches, pencils and Christmas decorations, then selling them on at a profit at the age of seven in 1933. Kamprad had a zest for selling and started a mail order furniture business as a teen, using his initials and those of the farm he grew up on (Elmtaryd) and the nearby village (Agunnaryd) to create the name IKEA – and a legend was born.

Kamprad, now in his nineties and worth just the $41 billion, admits to living a rather frugal lifestyle that helped shape the company’s stylish but inexpensive image. In a 2016 piece in The Telegraph it was reported that the magnate had his hair cut when he visited developing countries on business to cut costs, and purchased clothes from flea markets and car boot sales.

Behind the technology of a successful business there has to be people brave enough to want to be business people from an early age, like Kamprad. Start-ups are a gamble, a risk. There’s no set personality that will make a founder successful; hard work and a good idea are probably the only two pre-requisites.

A willingness to tackle failure and perhaps even start again completely is commonplace in the early stages; ticket search engine site SeatGeek started out as a blog aggregation service, while Samsung started as a dried fish exporter. It eventually diversified into machinery to produce food and textiles, and finally into televisions – which saw its explosion of popularity in the 1970s. Knowing when to quit and stay away is another mark of successful start-ups; sometimes you just bite the bullet and realise that you can’t do it yourself.

In the last 100 years there has been a third industrial revolution which has allowed companies to expand themselves in ways that were unimaginable, as this interactive from The Start Up Loans Company shows. Who knows what start-ups will make their mark in the next 100 years? The wonder is that some of them might be sitting inside someone’s mind right now – ready to change the world.

How to increase your ranking on Google