The smoke break could become the thing of the past with the arrival of the e-cigarette. How many times a day do your employees leave their desk for 10 minutes to have a quick smoke? Here we look at Black Note e-liquid and how vaping could be suitable in the office. 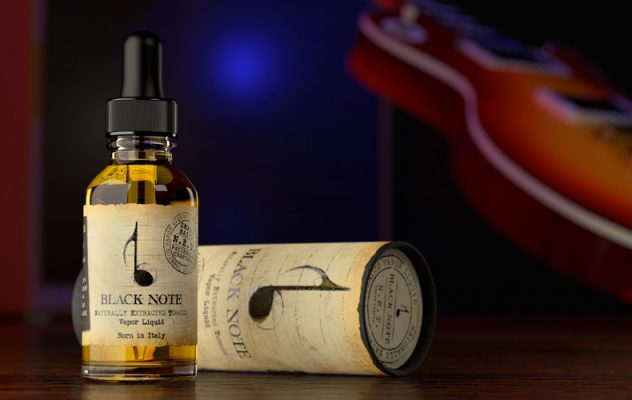 Talk Business were sent some samples of the Black Note e-liquid to try them out in the office. We wanted to discover whether vaping in the office could replace the loss of productivity and equality of time spent at the desk for all employees.

As a non-smoker, I was slightly concerned that vaping in the office would be a distraction for myself and my colleagues with the amount of vapour produced as well as the smell.

When the e-liquid arrived the colleague who opened the package was not sure what it was. You would not be able to tell from the packaging of the contents due to the well-designed case the Black Note looks like an expensive, if small, bottle of whiskey.

The bottle does not look out of place on an office desk, the labelling is stylish and the branding is on point. With a pipette coming with the large and small bottles you can avoid causing a mess by spilling the e-liquid transferring it from the bottle to the clearomizer.

As e-cigarettes are becoming more and more popular, using them in the office is seen as more accepted. There are no horrible mess behind the office building and mini tornados of cigarette butts will no longer be circling the car park.

The main concern for non-smoking members of the office is the strange sickly sweet smell of flavoured e-liquids. With Black Note, the menthol flavour tested did not produce an unpleasant smell, the vapour and light smell dissipated quickly. In comparison, going outside and smoking a cigarette produces a much worse smell which clings to clothes and can be brought back into the office.

The Black Note e-liquid is produced from extracted tobacco leaves, so the tobacco flavour is more prominent compared to similar e-liquids. My colleague usually smokes menthol cigarettes and discovered that Black Note is like a light version of the actual cigarette. As stated above there is a faint smell of menthol that is not unpleasant and does not hang around the office.

Overall, compared to cigarette smokers leaving their desk for a 10 minute smoke break, e-cigarettes using the Black Note e-liquid enabled my colleague to be more productive without creating a disruptive and unpleasant environment for other office workers.

Starting your own business has never been so easy