Choosing where to set up a business in the UK is dependent on a whole range of factors. The most logical place to start is an area that you know well, but with rental rates, transport links, footfall and supplier locations to take into consideration, it’s not a decision to take lightly. 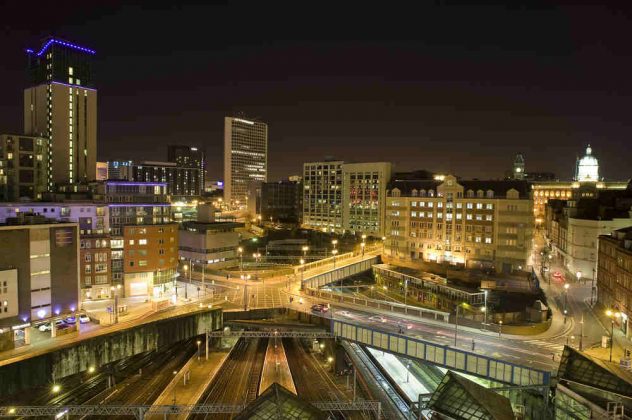 Thankfully, Provident Personal Credit has done some of the research for you with the release of their Unbroken Britain survey. They asked thousands of local residents to rank their city out of ten on seven different factors: welcoming, safety, friendliness, politeness, area upkeep, trustworthiness, happiness, and gossip.

To help quantify some of their findings, we’ve combined their data with the most recent UK crime statistics to come up a list of the ten most dangerous cities in the UK to set up a business.

Residents of Birmingham, look away now. The city ranked last or second to last in safety, trustworthiness, area upkeep, and happiness based on feedback from local residents in 30 cities across the UK.

The city’s crime statistics don’t make for pleasant reading either, with violent and vehicle crime rates substantially higher than the national average (40% and 145% higher respectively).

Portsmouth is home to the unhappiest city residents in the whole of the UK, according to the Unbroken Britain survey. If that wasn’t bad enough, the city also ranked in the bottom four of all other categories bar gossip.

One of the reasons for the general depression amongst residents could be the rate of bike crime, which is 81% higher than the national average. Shoplifting is also a major issue facing business owners in the area, with the P01 postcode ranking 99th out of 105 postcode areas across the UK for the crime.

The Welsh capital ranked in the bottom five places in safety, upkeep, politeness, and happiness in the Unbroken Britain survey.

It didn’t perform well in relation to crime statistics either, with seven types of crime higher than the national average.

East Anglia’s only entry on the list comes in the form of Norwich, with residents of the city ranking it in the bottom half of all categories apart from gossip.

There is, however, better news on the crime statistics front. Norwich’s vehicle, burglary, and theft crime rates are all well below the national average. In fact, it is only bike crime and ‘other’ crime where the city performs poorly against its competitors.

Glasgow managed to score a respectable top ten finish in the safety category, but that’s where the good news ends for Scotland’s largest city.

Area upkeep and politeness performed particularly poorly in the Unbroken Britain survey, while statistics show that the area has the most crime and violent crime per population in Scotland.

Perhaps the most surprising entry on our list, Cambridge performed poorly amongst residents in friendliness, trustworthiness, happiness, and safety.

If you do decide to set up shop in the city, avoid commuting on two wheels. The city’s bike theft rate is 324% higher than the national average and is the highest in the UK.

Living in the capital is rather depressing if local residents are to be believed, with the city ranking last or second to last in every category bar gossip.

The statistics back this up as well, with London performing particularly poorly in relation to theft, robbery, and drug crimes.

Bristolians ranked their city poorly in the categories of safety, friendliness, and happiness, which was enough to gain it entry onto our list.

Public order crimes, such as prostitution, paedophilia, and drunk and disorderly behaviour, were also 81% higher than the national average over the last 12 months.

Life isn’t all that bad according to Manchester residents, with the city performing well in area upkeep and gossip. However, with happiness, trustworthiness, and safety showing to be issues, things aren’t all rosy up north.

The crime rate in Manchester is 87% higher than the comparable city of Birmingham, suggesting that the area is a hotbed for criminal activity.

Coventry performed poorly across the board in the Unbroken Britain survey. Safety, in particular, was highlighted as a major issue for residents living in the Midlands city.

There were 27,687 crimes in total committed in Coventry over the last 12 months. Of these crimes, anti-social behaviour was the most common.

All I want for Christmas is a break! 7.6 million UK employees suffer high workloads

Why is the UK travel industry seeing an increase in staycations?