Suddenly appearing on the scene in 2009, cryptocurrency, also known as digital currency, was a sign of the times, arriving as it did when there was little confidence left in a financial system that had spectacularly imploded, causing a global recession. 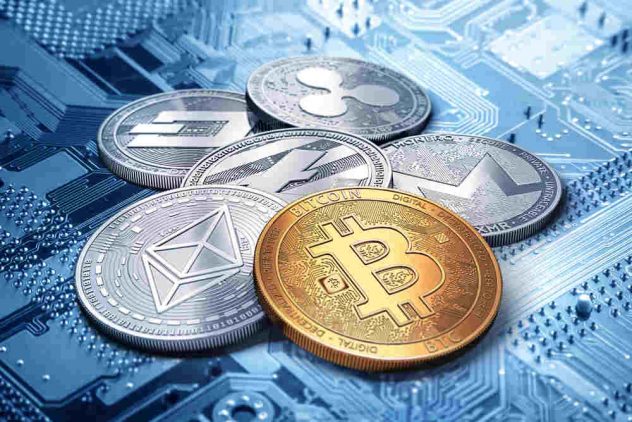 Since the introduction of Bitcoin, the first cryptocurrency, by the enigmatic Satoshi Nakamoto over eight years ago, the interest in this cutting-edge innovation has gradually gained ground. No flash in the pan, cryptocurrency, also referred to as ‘crypto’ by those in the know, has now truly come into its own. So, what is it and why do we need it?

Described by Nakamoto as ‘A peer-to-peer electronic cash system’, put simply, cryptocurrency allows the curious user to carry out transactions across international boundaries, unfettered by political barriers and prohibitive banking costs – invaluable for individuals and global businesses alike! With recent activity on the trading markets showing an unprecedented surge in value, there certainly looks to be interesting times ahead. So now may be the best time for the curious to diversify and dip a toe in the cryptocurrency pool.

Giving banking a run for its money

What may at first have seemed like a space-age solution to bypass mainstream banking barriers, has steadily secured credibility, to the extent that established banks are now eyeing up their cryptocurrency options. Currently worth around $100 billion, some believe that by 2022, the cryptocurrency market will be worth as much as $5 trillion! In fact, a 2017 study by Cambridge University, estimates that the total number of cryptocurrency wallets in use increased by more than four times from 2013, when there were 8.2 million worldwide, to almost 35 million in 2016. Indeed, with the recent rise of what seems to be worldwide anti-establishment sentiment, in the shape of developments such as the Trump-Brexit political events, the popularity of cryptocurrency has now hit an all-time high, with Bitcoin prices particularly booming. A recent article in The Wall Street Journal, by John O McGinnis, a law professor at Northwestern University, and Kyle W Roche, a lawyer at Boies Schiller Flexner, eloquently explains the possible reasons for this increasing popularity.

‘National and international crises will continue to fuel bitcoin’s rise. The instability caused by problems with the euro, Brexit and the many Western democracies’ growing ratio of debt to gross domestic product threatens the value of even established currencies. Bitcoin is likely to succeed so long as the value of other moneys rests on politics.’

So, when times are tough, and uncertainty is widespread, savvy speculators look for safer havens to sink their money into, and what is becoming clear, is that, like gold, digital currencies are beginning to be perceived in this way. Indeed, in March 2017, the value of a single Bitcoin exceeded that of an ounce of gold for the first time. However, as with any speculative venture, it is important to remember that what goes up, can come down and it is always advisable to not commit more cash than you can afford to lose, as markets can be very volatile.

Since the birth of Bitcoin, there are now said to be around 900 active cryptocurrencies on the market, but Bitcoin still leads the way, and has also recently split into two to create Bitcoin Cash. However, the up-and-coming Etherium, which offers alternative benefits, is now gaining ground in the proverbial ‘inside lane’ and threatening to take the cryptocurrency crown, in what traders have termed ‘the Flippening’. In addition, in 2011, Litecoin, billed as ‘the silver to Bitcoin’s gold’, was also launched and has now joined Bitcoin and Ethereum as one of the big three. But, with so many so-called ‘alt coins’ joining the throng, the crypto-curious now have a large choice of options if they want to jump on board. You do, however, need to be careful where you put your hard-earned cash, when taking your pick of the cryptocurrencies available. It is therefore essential to research the best option for you, weighing up the potential benefits and previous performance of possible coin choices.

For example, one appealing contender, LEOcoin, introduced into the market in 2014, has held its own for several years in a sometimes fickle and unforgiving market, gradually building strength. It also offers newly enhanced security and privacy features for transactions and messaging. By using revolutionary Ring of Trust technology, LEOcoin now provides superior levels of privacy and security to protect its users, so they can send and receive coins more securely and communicate with each other more privately than ever before.

In this digital age, where the right to privacy is prized but often violated, this is an invaluable benefit. However, with the growth of interest in cryptocurrency, your choices do not end there, as the number of platforms where you can trade your coins has also soared – so, the possibilities are certainly plentiful!

If you are curious and you’re ready to kick off your cryptocurrency venture, you’ll need to take some initial steps to get started. As the world of digital currency can be a baffling whirl of techno terminology, let’s keep it simple, until you find your feet.

First, you’ll need to get yourself a wallet. No, not the type you put the pictures of your pet in, we’re talking a virtual ‘wallet’ here. As well as allowing you to send and receive cryptocurrency, your wallet will perform as a personal ledger of all transactions carried out. You can download the official wallet for whichever coin you choose from the related website. For example, for Bitcoin, you can use Bitcoin Core Wallet, or for Ethereum, Ethereum Wallet. There are also independent, universal wallets such as HolyTransaction, if you prefer, and offline wallets such as TREZOR, for long-term storage.

To keep it simpler still, you could sign up for a service such as Coinbase, which provides a wallet and exchange rolled into one, although this only allows you to trade Bitcoin, Ethereum and Litecoin. To buy and sell other digital currencies, you’ll need to sign up to other exchanges such as Livecoin, C-CEX, DABTC and Kraken.

To create an account with an exchange, you’ll generally need to provide ID, such as a driving licence or passport, before you can start to buy and sell. While you may prefer to start by buying into the ‘bigger boys’, such as Bitcoin, it’s also worth looking for promising alternatives, and listings such as those on Coinmarketcap.com can be a useful starting point for your research.

So, in a year of extraordinary political events when this revolutionary innovation has exceeded all expectations, who knows what lies ahead. However, for the cryptocurrency curious, this is the perfect time to get involved and embrace what could be the economy of the future!

How Technology is Advancing Borderless Payments