We live and work in a highly connected and diverse world. It’s a world in which the cultural landscape is constantly changing and transforming. These changes have of course been influenced by technological developments, but shifts in cultural and societal attitudes to the way we work have similarly played a role. 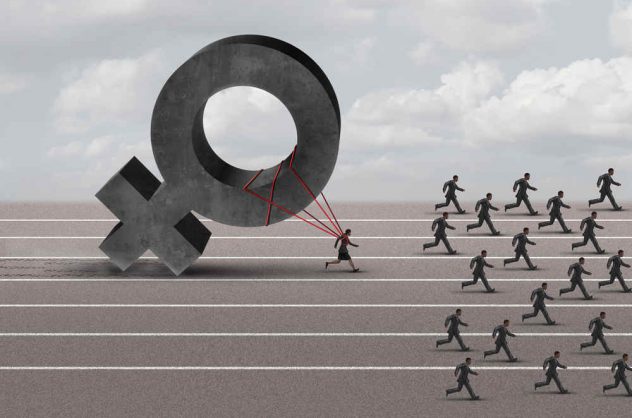 The pace of change has meant that we have had to adapt many of our traditional processes and approaches to keep up. It’s up to us to devise new methods for unearthing and retaining talent; and a big part of this includes ethical leadership strategies that will promote empathy and understanding between teams and divisions. We have to keep looking for new ways to source individuals who historically may not have had the opportunities available to them. Failure to do this, and you are at risk of your business remaining stagnant, or worse – falling behind.

‘Diversity and inclusion’ has become a buzz-term in the workplace. If it were as simple as saying “we’re going to move forward and be diverse and inclusive” then we wouldn’t be in the state we’re in currently – of having to actively address this. For example, let’s look at the gender imbalance within our workplaces as a starting point: while it’s great that awareness has been increasing, according to the latest Grant Thornton report, only 24% of senior roles across the world were held by women in 2016 – and the UK fares worse than the global average, sitting at a rather embarrassing 21%. In other words, only a quarter of women are in decision making positions. It seems there is still a gap between what we think is going on and the cold, hard facts. What’s more, the numbers for women of minority ethnic or LGBT backgrounds are even lower. Equality is unfortunately still a mere spec on the horizon. We have found that broadly speaking, there are three main successful strategies to help create this much-needed change.

When people are at the heart of your business, challenging conventional approaches and systems is the only real way to continually innovate and inspire. Organisations have slowly reached the conclusion that adhering to the same, archaic process isn’t always the best way to engage the current and the future workforce. At Servest, we have ditched appraisal meetings in an attempt to rectify the imbalance. Instead, we hold ‘continuous conversations’, and for our apprenticeship recruitment drives, CV submissions are banned to encourage candidates to think more creatively about their application. Next, we’re thinking of moving away from a set working hours’ contract to an output model.

When applied to the workforce, diversity refers to the mix of people, and inclusion is the way everyone’s treated. There is a distinction between the two, and sometimes this important difference gets lost in translation, with people using them interchangeably. Failing to create an inclusive culture means that diverse talent you may have attracted in the first instance is stifled and repressed. You need to ensure that difference is encouraged, participation is valued and that innovation is accepted. Without this, business growth won’t happen. Organisations that invest in both diversity and inclusion are likely to have more engaged, motivated, happy and mentally healthy employees, which can lead to reduced absenteeism and improved productivity – not to mention a more supportive, caring and enjoyable work environment.

We’re all human beings and part of being human means we naturally gravitate towards those that we share things in common. This innate tendency can sometimes trigger involuntary or unconscious bias – meaning that the physical appearance of an individual, or the way they come across, can inadvertently influence everything from recruitment decisions to management approaches. It is natural to seek a connection with others but employers must look beyond the commonalities and mitigate unconscious bias by simply being more aware of the pitfalls and by taking baby steps to modify behaviour when necessary.

Be open. Make yourself and encourage others to reflect on personal biases. Have a look around – is there a chance you might have overlooked someone’s potential? Is there a member of your team that you’ve not made much effort to get to know on a personal level? It’s only when biases have been addressed that you stand a chance of mitigating them. Once you’ve made yourself more aware, step outside of your comfort zone – attend an event that you wouldn’t usually go to, have a coffee with someone outside of your immediate social circle or begin challenging stereotypes and traditional viewpoints.

C-J Green is currently Group Chief People Officer at international facilities management company Servest, in October she will be stepping into her new role of Chief Executive Officer for the Group.

Half of small businesses not ready to provide workplace pension