Since Bitcoin, the best-known and most widely used original digital currency, was created in 2009 it has increased in popularity and value. Only last month, Bitcoin reached record-breaking highs of approximately $4,500. Since then, the price has plummeted slightly but remains around the $4,000 mark. 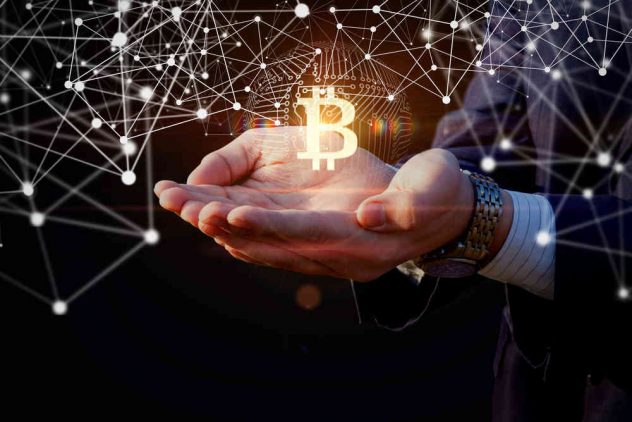 Bitcoin is a volatile currency by nature; it’s decentralised which means that it is not controlled by any central authority or government. The uses of Bitcoin have grown enormously in the past few years, a variety of online gaming platforms have transformed; the face of popular casino games such as blackjack has changed completely through the introduction of bitcoin versions. In addition, bitcoin is becoming more widely accepted in retail outlets and even restaurants around the world. With the currency becoming more and more frequently used, businesses should be considering the benefits of bitcoin technology and the potential behind cryptocurrencies.

One of the main reasons Bitcoin was created in the first place was to speed up the process of peer-to-peer transactions. There is a very limited waiting time for transactions made using cryptocurrencies, which can change the way businesses operate completely. At the moment, most small businesses or start-ups base their transactions and trades around the flow of their income. If they no longer have to wait several days for money to be deposited, they are able to grow at a more rapid rate. There are many benefits of using cryptocurrencies to make payments, including lower fees for international transfers and faster payments due to the lack of “middle man”, such as a bank, needing to approve the transaction. Small businesses and companies which exist exclusively online can really take advantage of the lack of fees attached to transactions, as it can enable them to boost profits and expand their business.

The technology behind cryptocurrencies like Bitcoin is known as the blockchain. It is this technology which is arguably the most revolutionary aspect of cryptocurrencies as a whole. The blockchain is essentially a distributed database, known as a ledger, which stores information about each and every transaction made using Bitcoin. This information is viewable by everyone within the network and each server has to verify a transaction before it can be processed. Blockchain technology makes it difficult for people to manipulate the data or commit fraudulent activity as so many verifications are required.

Businesses of all natures, from retail outlets to private medical practices, could use blockchain technology to change the way they keep track of records. Invoices, payments, contracts and agreements are essential parts of running a business but they can be hard to store collectively, which makes updating records difficult and time consuming. A blockchain network for a business could allow approved members of the network to proofread and access important records, reducing the number of errors and the need for large administrative teams.

All in all, blockchain technology has a huge potential to transform the way data and records are collected.

Another essential function of cryptocurrencies, like Bitcoin, is to improve the security of payments. As every single transaction is stored in the blockchain database and requires multiple servers to verify it, Bitcoin is extremely secure. This can be highly beneficial to businesses that are looking to create secure relationships with customers. Digital currencies can help to reduce the number of payment disputes as every payment is recorded, finalised and stored in the blockchain. So, if you’re working in a business where credit card payments are often contested you could definitely benefit from seizing the potential for cryptocurrency payments.

The security of Bitcoin has been debated widely, particularly as the currency has been the centre of several high-profile scams and scandals in recent years. When cryptocurrency exchanges are hacked, thousands can be lost as it is very difficult for digital currency to be traced and reclaimed. Despite this, the number of scams occurring has resulted in developers working hard to find new ways to manage and reduce the impact of cryptocurrency scams and theft.

We could be heading towards a cashless future, so businesses of all varieties should recognise the potential for Bitcoin to transform the way they operate and begin to research ways they can utilise the currency within their current practices. The first step to integrating cryptocurrency into a business is generally to begin accepting it as a payment method, this in itself could attract a greater level of interest and custom as there are currently a relatively limited number of companies utilising cryptocurrencies.

Still in doubt about investing in bitcoin?

Bitcoin holds the longest streak of the year, continues to crawl towards $13,000

Dominic Lill - April 28, 2016 0
Starting a business is an exciting, nerve-wracking time. Any entrepreneur knows that to drive a business forward, it needs to be lived and experienced...
We use cookies. To learn more, read our Privacy Policy.Ok