Looking for a business venture that gives back to the community? Then launching a lottery could be the way forward.

According to a report from the Gambling Commission, in 2015-16 the UK lottery industry generated nearly £3.7 billion and donated £1.9 billion to charities and good causes across the nation. So, how exactly do lottery businesses work in the UK? 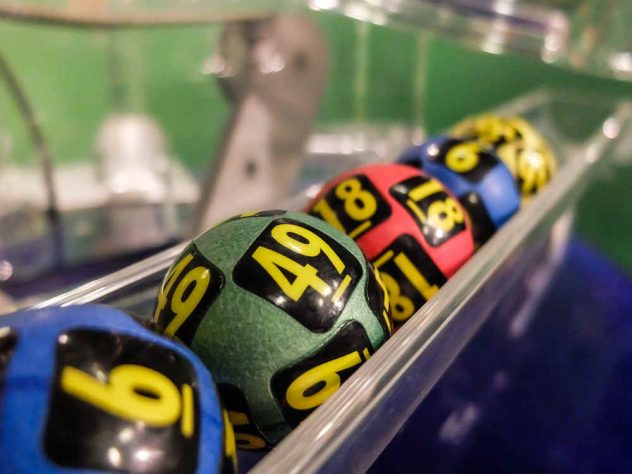 The commission report states that the entire gambling industry in Britain during 2015-16 generated a Gross Gambling Yield (GGY) of £13.8 billion, an increase of 2.9 percent from the previous year. Lotteries accounted for 27 percent of that yield. In particular: “Large society lotteries, historically the smallest market share, have seen a GGY equivalent increase to £404.2 million, a growth of 8 percent,” says the report.

Lotteries and The Gambling Act 2005

There are however strict rules governing lottery businesses in the UK and running one illegally could land you a £5,000 fine and prison sentence. These rules are laid out in The Gambling Act and the whole industry is regulated by the Gambling Commission. The exception is the National Lottery, which is covered under separate legislation and regulated by the National Lottery Commission.

Under the Gambling Act, a lottery is defined as something you pay to enter that has at least one prize that’s awarded purely by chance – think a raffle, sweepstakes or tombola. By contrast, competitions that depend on skill, knowledge or judgment are not classed as lotteries and can operate outside of the Act.

As an alternative to traditional lotteries, a growing number of UK players are choosing to place a bet on the Powerball. This is a game that has its origins in the USA, but is now open to players across the world. It has come to global attention due to the immense jackpots on offer – one lucky winner once scooped a jackpot of more than $1.5 billion. The odds of a win like that might be astronomical, but the Powerball regularly pays out more modest prizes.

When do you need a lottery licence?

You need an operating licence from the Gambling Commission to run:

You don’t need a licence, but you do need to register with your local authority, if you run:

The Gambling Act states that the maximum prize limit for a small society lottery should be £25,000, while large society or local authority lotteries can pay out up to £200,000. Players must be 16 or over and tickets must include the name of the society, ticket price, name and address of the organiser and date of the draw. If the lottery can be played remotely, via the internet for example, large society and local authority lotteries must also hold a remote operating licence.

The law states that all society and local authority lotteries must give at least 20 percent of their proceeds to fundraising, while the remaining 80 percent can be used for prizes and expenses. Lotteries can employ an External Lottery Manager (ELM) to run all or part of the lottery but they need a lottery manager’s operating licence to do so.

For each £1 ticket sold, at least 20p is given to good causes and every week a different society receives the proceeds, meaning every region gets a share of the pot.

Each society operates as an individual Community Interest Company (CIC) and works with a partner charity, the People’s Health Trust, to allocate funds to projects in their area. So far, the Health Lottery has raised £93 million for over 2,500 projects.

Want to start your own lottery? You can find out more about how lottery businesses work in the UK in this guide from The Gambling Commission.

Top industries to start an affiliate business in

The superfood start-up which is changing the USA and UK

History of gambling regulations in the UK

An analysis of Gclub

Dominic Lill - August 16, 2017 10
The iGaming sector is ever-changing as new legislations and jurisdictions appear, alongside the rapid technological advancements that are shaking up the way customers like...
We use cookies. To learn more, read our Privacy Policy.Ok