eSports is still a very nascent industry but the early signs are very encouraging. The respected research company, Newzoo, has been surveying the eSports industry for the past few years and it predicts that by 2019 the total revenue in this sector will easily eclipse the $1 billion mark. 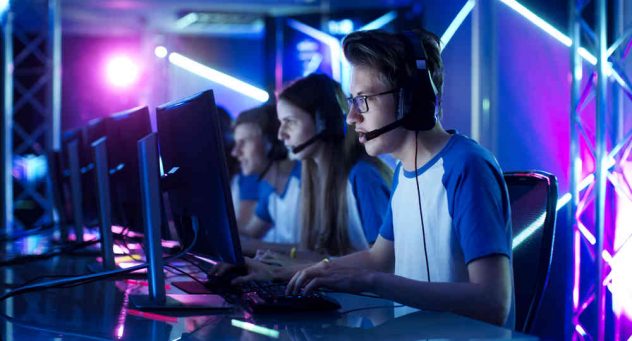 As the growth of eSports continues, this will, of course, create new business opportunities in the process. We already know eSports has evolved into a fully professional sport and it will be truly classified as such when players compete for medals at the 2222 Asia Games.

With such enormous potential, these are some of the opportunities which are sure to grow as eSports continues its rise into the mainstream:

Management agencies will sense a lucrative market here. Just as with other professional sports, agents go out and do the wheeling and dealing on a player’s behalf. eSports, we believe, will follow a similar path. Already the world’s best players are being bought and sold by teams in this industry, so the market is ripe for management firms to step in.

In addition to player transfers, agencies will also help their clients in relation to seeking out commercial opportunities such as sponsorship, endorsements and other forms of marketing and advertising.

eSports is technology-based and as the industry grows, business opportunities will arise specific to this booming market. Virtual and augmented reality software is seen as the most likely path of evolution for this industry so we expect rapid growth in the area of development (for both VR and AR hardware and software).

Forms of media used to view eSports events – currently, Twitch and YouTube are the main players providing live online streaming. TV network, ESPN, has got in on the act too which has kick-started the industry’s drive into mainstream popularity. There is still room for other players in this field – online platforms dedicated to round-the-clock, wall-to-wall coverage, expert commentators, show hosts, producers, and so on.

The battle for media rights will heat up as the audience numbers grow – again just as we witness with the NFL and the Premier League in England. With media rights come vast sums of money which leads to further growth and more exciting business opportunities.

Early this year, betting on eSports was legalized in Las Vegas and now all the major online sportsbooks (listed here) run markets for the top events. An article in Forbes Magazine (online edition) stated that by 2020 betting on eSports would have reached nearly $30 billion.

Betradar has teamed up with DOJO Madness – a company focused on eSports’ big data. Part of this partnership is to provide in-play betting on events. As is often the trend in the gambling industry, once one jumps in, the rest will follow.

Even online casinos will sense fresh opportunities. Games are becoming more skill-based as casino owners seek ways of attracting the millennial generation. Perhaps the future holds casino games like Call of Duty where the jackpot is achieved by completing missions – with machine learning added to the mix. The possibilities (and further opportunities) are endless.

Top companies such as Coca-Cola, Red Bull, and Disney have each reportedly began exploring avenues within this industry, as have soccer giants including PSG and Ajax.

Expect more major brands to follow within the next few years because eSports is the gateway to the younger generation – an area which is vital for a company’s continued growth.

Specialist marketing strategies will also come to the fore due to the majority of eSports enthusiasts beginning millennials. Most spend their time online, so traditional TV campaigns will not be as effective. As they are of a tech-savvy nature – many employ ad-blockers when browsing the web. This creates plenty of new challenges for marketers to gain their attention. However, a challenge can also be viewed as an opportunity – and mark our words – this will be big business.

Does your city have a dedicated eSports venue? At the moment most do not but several cities – including Las Vegas – are investing heavily in the construction of such facilities.

Those with foresight and belief in the future of eSports will likely prosper greatly from being among the early adopters of such venues. Other than hosting events, a venue can be a hang-out for players – somewhere for them to socialize and practice. Through this, branding and marketing come into the mix as the venue is serving as a hub which provides direct access to the next generation.

It will be fascinating to see how this fledgling industry grows. We have highlighted a few of the general business opportunities which will evolve more over the next few years. We are certain there will be many others besides (those mentioned). What kind of future do you predict for eSports? We’d love to hear your thoughts, too!

How to scale a restaurant business

Power to the customer – ensuring that businesses are ready for GDPR