The Government has unveiled a new scheme to force banks and building societies to check 70 million accounts in a hunt for illegal immigrants within the UK.

The scheme, which will be an ongoing process, with banks and building societies required to conduct the checks every quarter for illegal immigrants. It is due to come into force in January 2018. It has implications for financial institutions and employers just as much as it does for those individuals who risk finding themselves caught up in its net. 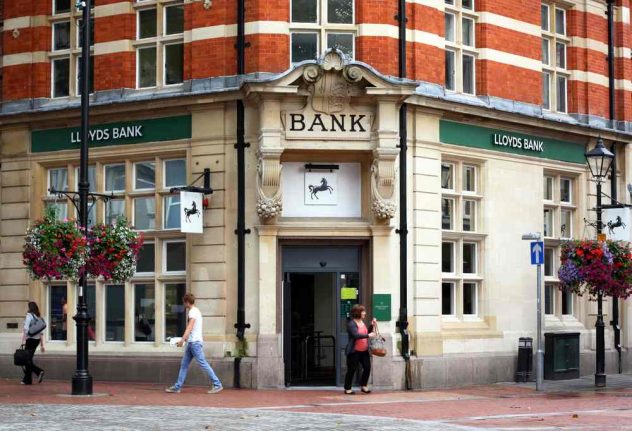 According to the Home Office, forcing banks to freeze the accounts of failed asylum seekers, visa overstayers and foreign nationals facing deportation after a criminal conviction will incentivise such individuals to agree to leave the UK in order to have their funds restored to them. While the intentions behind the scheme may accord with the Government’s current trajectory on immigration, its potential implications are alarming. For individuals you may find themselves in trouble, solicitors like Ashcott solicitors can help.

The checks are to be conducted using a database supplied by the Home Office. Although the system apparently includes inbuilt safeguards intended to ensure no-one faced with having their accounts frozen is left entirely without the financial means necessary for subsistence, immigrant pressure groups have raised concerns.

They point to the Home Office’s less than stellar record in issuing the correct guidance to immigrants. Other questions relate to what will happen in the event of joint accounts, where only one account-holder falls into one of the prohibited groups. Again, there are supposedly safeguards designed to deal with such a situation but it is unclear exactly what they are and how well they will operate.

In addition, there are concerns that the new scheme may ultimately be extended to those EU citizens who have been denied permanent residence in the UK. Denial of permanent residence for citizens of other EU member states usually has nothing to do with criminal convictions but may arise as a consequence of, for example, not having comprehensive health insurance.

Banks and building societies whose checks uncover illegal immigrants and will be obliged to tell aggrieved account holders to take up the issue with the Home Office. No financial institution will be permitted to reach its own conclusions about an individual’s lawful right to be in the UK. This will be so even if an individual produces a biometric passport or residence permit confirming their status in the country.

The new requirements are no real surprise. With landlords already required to verify the immigration status of would-be tenants, the new banking scheme could be taken as one step further along a road that some have already likened to Gilead in Margaret Atwood’s The Handmaid’s Tale.

Research from the Joint Council for the Welfare of Immigrants suggests that over half of landlords are less likely to rent a property to foreign nationals, and just under half less likely to rent to ethnic minority Britons. It does not take too much imagination to conclude that banks may follow suit, and decide not to offer banking services to anyone who does not have permanent leave to remain in the country. Permanent residents with foreign-sounding names may also suffer.

Although financial institutions are prohibited from discriminating against legally resident individuals, recourse for aggrieved individuals can be as tricky in the financial sphere as it is in the world of landlords and tenants. Moreover, the banks’ own records on blacklisting accounts – an occasional and inevitable necessity given the money-laundering laws – are not squeaky clean. Mistakes happen and are not always speedily remedied.

Similar proposals, aimed at employers, are planned. They will see employers forced to reveal the number of foreign staff they employ and also comply with a stricter “resident labour market test”. This latter currently requires a post to be advertised within the UK for a minimum of 28 days before beginning recruitment from abroad but Amber Rudd, the Home Secretary, is on record as saying that this is insufficiently onerous.

It is undoubtedly a worrying time to be an individual with illegal or uncertain immigration status in the UK. However, banks and businesses also need to be wary, and mindful of the need to balance their new obligations with existing anti-discrimination laws.