Video games have made a number of impressive advancements since they entered the world of mainstream gaming in the 80’s. A number of milestones in their technology, however, have paved the way for an even brighter future.

Here are five ways that technology has advanced gaming. 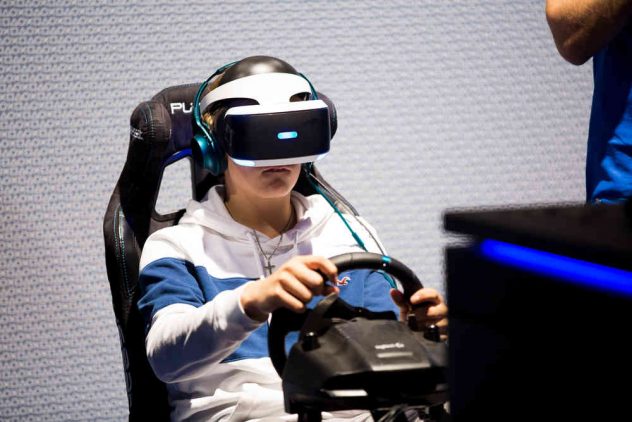 Facial recognition and 3D scanning technology enable systems to create a likeness of a player so that the game can create a custom avatar that authentically represents them. Alternatively, they could transfer their own expressions to other digital creations. In addition, the Intel RealSense 3D camera could enable developers to design games capable of adapting to the gamer’s emotions by scanning exactly 78 points on the player’s face. A few grimaces at the game screen, for example, means that the system would decrease the game’s difficulty in an instant.

Smartphones have taken the gaming experience out of the living room and the arcade and right into the hands of the gamer. As can be seen by countless morning commuters playing games on their way to work, mobile technology has seen a passion for digital gaming travel beyond hardcore online gamers and console consumers. Online gamers aren’t limiting their fun to video games, either. Many are having fun through more traditional means such as playing scratch cards. Scratch card games are becoming increasingly popular on mobile, with websites such as Mobile Wins offering a variety of themes scratch card games to play, including Doctor Love and Emperor’s Garden. Furthermore, the site’s demo mode enables players to really get into the spirit of the games works before they play for real.

Rather than designing video game systems that call for more powerful hardware, developers are turning to the cloud. Games don’t need to be limited by the memory on consoles or discs any more. The cloud enables games to be opened up to huge server-size limits where images are streamed to the user’s screen via the internet.

For anyone who can’t be bothered to pick up their controller, they needn’t worry. Advanced voice controlled gaming has existed for some time but the potential of employing the technology in gaming systems has at long last been realised. Computers can now recognise the user’s voice commands. The console can be turned on and off with this technology, and voice commands can also search online, play media library selections, interact via social media, and control gameplay.

Finally, RealSense technology enables the user to play first person shooter games – or interact with their device – with a few hand gestures. By utilising a 3D camera that tracks 22 points in the hand, gesture control enables users to engage with the gaming experience by using the body’s natural movements. The game Warrior Wave, for example, uses RealSense technology to allow the player to use their hand (the outline of their hand is displayed on the screen) to lead a team of Ancient Greek soldiers to a safe haven.

Here’s why safecasinos.com is all the rage right now

GDPR and the future of data security: All you need to know