Asbestos is a naturally occurring silicate mineral found in the ground. Throughout the world, it has been an incredibly popular building material, lauded for its fire prevention and insulation capabilities. If in perfect condition, asbestos materials offer little to be concerned about, but when damaged, these carcinogenic microscopic fibres begin to splinter and travel through the air. When breathed in, asbestos poses an enormous health risk. 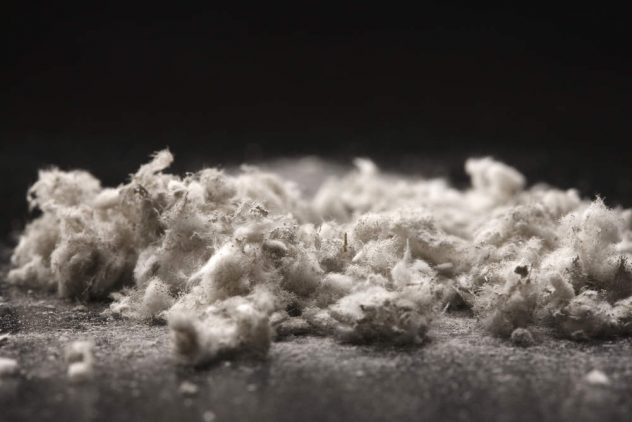 What are the health risks associated with asbestos?

Health issues which are entirely unique to – and exclusively caused by – asbestos includes pleural thickening, asbestosis and mesothelioma. After exposure, it may take decades to develop respiratory symptoms, making this silent killer even harder to track. However, most victims succumb to their illness within 18 months of first being diagnosed.

One thing is certain: pupils and teachers in public schools should not be at risk of contracting these hideous diseases. Unfortunately, in Britain, this is not necessarily the reality, as most experts agree that any school building constructed before 2000 (when chrysotile asbestos was banned in the UK) will almost certainly contain asbestos.

Through the Freedom of Information Act, BBC Yorkshire determined that nearly 13,000 council-run schools in Britain contain asbestos. Asbestos awareness experts agree, however, that this number is certainly higher, owing to the council-run schools that have become private academies in recent years. They instead estimate that 75% of schools in the UK contain asbestos materials.

The Education Funding Agency (EFA) – which superintends the funding for all British schools, academies and colleges – gave guidance to schools on how to conduct proper asbestos management in March 2015. A 2017 EFA study determined, however, that thousands of schools were not following proper asbestos safety guidelines. Worryingly, 20% of these institutions were ‘not fully compliant’ with asbestos regulations, possibly exposing up to a million schoolchildren and teachers.

According to the National Audit Office (NAO), asbestos exposure is a potentially dangerous threat in most schools. In their “Capital funding for schools” report in 2017, the NAO revealed that “individual schools are responsible for maintaining a record of asbestos and the Department of Education (DfE) does not collate information on the number of school buildings affected.” In other words, the information is reported from schools to the EFA, but data is not compiled appropriately to develop a much-needed strategy to budget the safe removal of asbestos from these locations.

Understandably, school directors and parents alike have pushed the DfE to develop a more comprehensive government-sponsored plan to ensure the safety of school buildings. However, due to insufficient funding, the EFA has determined that the best course of action to take care of school repair is two-fold: fix and/or rebuild parts of the buildings in the worst condition so buildings are safe and students can continue attending classes, and to keep buildings in reasonably safe condition to avoid future repairs.

This contradicts the initial £55bn Building Schools for the Future Programme, which was cancelled in 2010 by the new government, who determined it was an unnecessarily wasteful project. By this point, many schools had ceased maintaining the condition of their buildings on the anticipation that new ones would be built instead. The Priority School Building Programme was developed instead, with just over £5bn as a planned budget.

Since 2012, local authorities throughout Britain have recorded nearly 100 cases of serious asbestos disruption that has put school employees and pupils in direct risk of asbestos exposure.

How are teachers and students affected by school-based asbestos?

Because asbestos is found in almost every conceivable location, from boilers to sprayed asbestos insulation to door surrounds, employees and students in British schools are almost always in contact with or near asbestos-based products. Frighteningly, a 2006 MRC study identified that when doors were slammed and walls were struck, asbestos fibre circulation increased by 660 times.

A Medical Research Council (MRC) report states that “Children attending schools built prior to 1975 are likely to inhale around three million respirable asbestos fibres.” Therefore, they reason, it’s quite likely that “the entire school population has been exposed to asbestos in school buildings.”

The National Union of Teachers (the largest educator union in the country) believes that upwards of 300 citizens die each year from asbestos-related diseases they contracted as students. Additionally, 17 teachers succumbed to these fatal illnesses in 2013 alone. Over the last decade, 32 councils have settled court cases with former educators, school staff and former students who displayed convincing arguments that their asbestos-related illnesses stemmed from council school buildings.

What will it take to remove asbestos from British schools?

Until the UK government provides the necessary funding to safely and completely remove asbestos materials from our schools, educating the public about the risks of asbestos exposure is of paramount importance. The Control of Asbestos Regulations 2012 requires all employers to provide asbestos awareness training to employees who are likely to come across – or be exposed to – asbestos.

By correctly identifying and monitoring the condition of asbestos-based products, teachers, school workers and even parents of schoolchildren can help to maintain safer school environments. What’s more, an asbestos awareness course will provide the insights into what to do in the event of an asbestos disruption and which professionals to contact.

Augmented reality and virtual reality: On a growth spree