A government-sponsored report by Lord Stevenson and mental health charity Mind has revealed that one in six workers in the UK experience mental health problems. 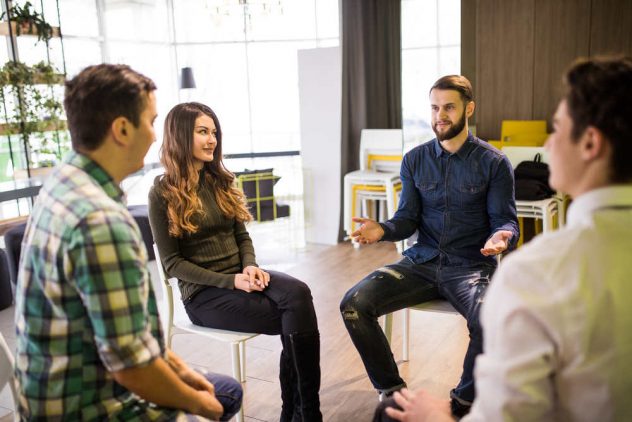 As well as the personal impact on staff and their families, mental health costs UK organisations billions of pounds per year in lost productivity.

Many companies in the public and private sector have established health at work initiatives — but they still miss the mark for mental health.

The elephant in the room might be poor workplace culture — there are several reasons why rectifying this age-old issue could prevent stress rather than merely treating the symptoms.

The Mind report should be a reminder that employers can’t pay lip-service to mental health.

Most firms are aware of their legal responsibility for physical health and safety in the work environment.

But they also bear a legal responsibility to protect workers’ mental health.

Mental wellbeing comes under the remit of the Health and Safety Executive (HSE) and in the current climate this regulator will increase its focus on the issue during inspections.

So negligent employers could face legal action from HSE and affected employees.

Addressing this issue puts the stress ball firmly back in the court of employers rather than their charges.

A recent CV-Library survey states that 82.2 per cent of UK workers have experienced bad leadership.

The toxic effects of bad bosses cause stress, which in turn causes a host of related serious illnesses — making inept management a large-scale public health risk that remains largely unaddressed.

Leaders who display positive behaviours aligned with organisational values can use role-modelling to encourage their teams to follow their example — the theory is that this will cascade throughout the hierarchy to maintain a healthy culture.

But problems arise because this psychological copying mechanism works just as efficiently with bad behaviour.

When negative role-modelling spreads unchecked it’s not long until a deeply dysfunctional C-suite and middle management becomes entrenched — with long-suffering subordinates left to pick up the pieces.

So eliminating contagious leadership can work wonders for a company — it makes work more bearable and boosts the bottom line.

Introducing transparent systems of 360 degree feedback and aligning performance indicators to values can prevent careless and clueless habits catching on.

Sacking bad bosses might be the swiftest way to start from scratch when organisations are approaching a state of cultural entropy.

But mandatory education for managers might stop the rot — online learning provides one method for upskilling bosses on the job.

The initial outlay in paying for distance learning degrees in leadership and management is dwarfed by the savings in preventing staff sickness and psycho-presenteeism.

Teaching employees the benefits of meditation and physical fitness is always beneficial.

But these tactics will always be a sticking plaster solution compared to rebooting or replacing the managers that convert offices into doctor’s waiting rooms in the first place.

How does your firm approach workplace mental health? Share your tips in the comments section.

How much money can you earn writing essays online?

Warning signs an online degree is a scam

Worried sick: How employers can support staff with coronavirus anxiety

Furthering your business career: Here’s how to do it