When given the choice, Londoners would prefer to shop locally, reveals a recent study commissioned by Dot London, the official domain name for London. 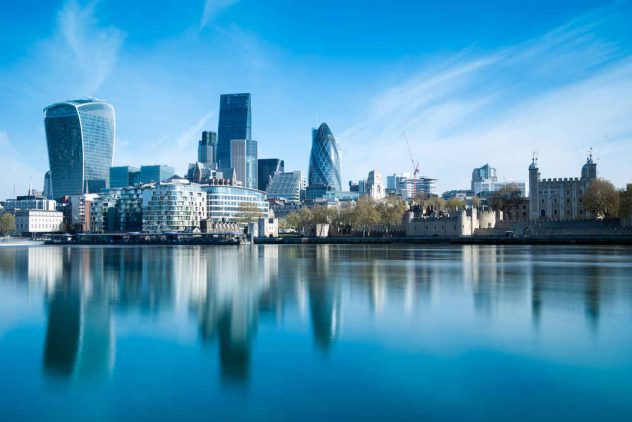 The survey of Londoners, between the ages of 18 – 65, found that 75% said that they would go out of their way to support a local business, which is good news for the 4,275 independent shops that opened in London in 2016*.

Overall the respondents showed a strong sense of pride in London, with 92% saying that London is a global capital of business and entrepreneurialism. That belief is reinforced with 86% saying that being synonymous with London is good for business.

In regards to the cross-section of ages, the attitudes of the 18-24 years olds surveyed appear to be contrary to the “Generation Snowflake” label applied to young adults of the 2010s, who are said to be “too emotionally vulnerable to cope with views that challenge their own”**.

Rather than shying away from challenges, the study suggests that 82% of this age group believes that hard work pays off in London when compared to other cities. Additionally only 25% said they’d be put off by a lack of skills from starting their own business and less than one-third (29%) cited lack of connections.

Patsy Chadwick, co-founder of MOXON London, said: “I disagree with the “Generation Snowflake” stereotype. If anything, they’re more determined to find their own way than ever before. A lot of the old certainties about career paths in the corporate world have disappeared, and that means the younger generation have had to be more creative, innovative and make their own way.

“The internet means that I don’t have to go door-to-door – so it does make things easier, but I really have to embrace the technology to stay ahead of my competitors and get my products to customers.”

Kate Wignall, founder of Look Up London, said: “As a proud Millennial I would say that younger people would be more likely to break away from a traditional office career. Both because it seems like a more acceptable career choice and because we expect a better work/life balance.

“Growing up with technology we see the leaps that can be made through our networks to help build relationships with like-minded people. Without huge outside investors to pay for advertising, we must create our audience based on merit by producing great content to keep people interested.”

The survey additionally shows how important it is for businesses to go online with a functioning website and domain name. It was found that when it comes to having a preferred purchase point, 73% of the Londoners said that they’d browse for items in a shop and then buy them online.

Dan Hill, head of Dot London, said: “The results of the survey demonstrates that Londoners are ready to put their ideas to good use, which resonates nicely with the fact that 98% of the businesses registered in the London are small businesses.

“Pride in London and in local businesses is also a strong take-away from the survey, as is the importance of businesses going digital with most of our respondents preferring to buy online.”

Further research findings can be found on the ‘Discover’ page at www.makeyours.london.