To say that Airbnb has shaken up the travel industry is an understatement. In theory its offer is simple: it’s an online marketplace that allows people to rent out their own homes, either in part or entirely, to travellers on a short-term basis. 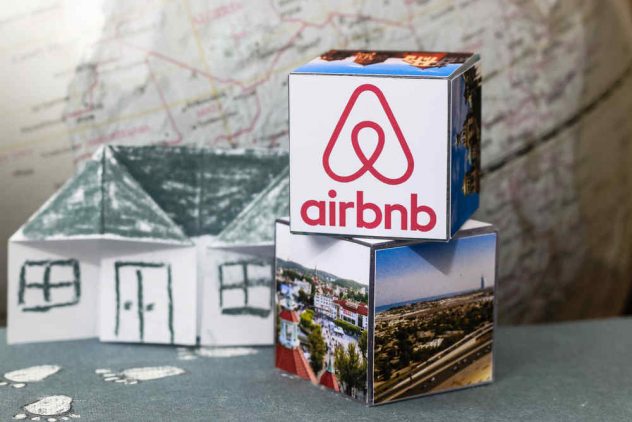 In practice, since its launch in 2008 it has changed the way people think about travel and plucked millions of tourists out of hotel rooms. One travel industry journalist told me: ‘If a hotelier tells you they’re not worried about Airbnb, they’re lying.’

The beginnings of AirBnB

The company started modestly as AirBed & Breakfast, when industrial designers Brian Chesky and Joe Gebbia realized they could cover part of the rent on their shared San Francisco loft by accommodating travellers in their living room, via a trio of airbeds. The pair were prompted by the fact that there was a dearth of accommodation in the city during the annual conference organized by the Industrial Designers’ Society of America. Their promotional article on the design site Core77 read:

For ‘an affordable alternative to hotels in the city’, imagine yourself in a fellow design industry person’s home, fresh awake from a snooze on the ol’ air mattress, chatting about the day’s upcoming events over Pop Tarts and OJ…

And so was born AirBed & Breakfast, where ‘guests’ receive a home-cooked breakfast (not necessarily Pop Tarts, but hey, we can’t guarantee anything) and designer type hosts who know their way around town.

Realizing they were onto something, Chesky and Gebbia – with the help of a third associate, technical architect Nathan Blecharczyk – officially launched AirBedandbreakfast.com in October 2008, shortening it to Airbnb the following spring. At the time of writing the original article could still be found online – except that now it links through to the massive Airbnb offering, with two million listings and rising.

Airbnb has evolved into one of those brands that transcend their original purpose to embody a shift in society – in this case the rise of a more mobile, flexible and self-sufficient generation.

Before and after Airbnb

History will show that there was a pre- and post-Airbnb travel industry. Obviously, rental apartments existed before Airbnb came along – but its innovation was to allow homeowners to profit from space that might otherwise have remained vacant. It also required a certain spirit of adventure. Its digital forebear in that respect was CouchSurfing, a hospitality service created by Casey Fenton, a computer programmer.

CouchSurfing remained a non-profit until 2011, when tax requirements – and lack of cash – forced it to apply for B-Corporation status, designed for companies that have ‘socially-responsible missions’. Some of the community grumbled, but you can’t run a business – even a socially-responsible, horizon-broadening one – on fresh air. These days CouchSurfing operates as a regular for-profit company and has a community of 12 million members.

As well as feeling threatened by the sharing economy, hotel groups are learning from it. They’re designing lobbies that feel like living rooms and hotels in which each room offers a unique experience. Local artists, designers and even chefs have been conscripted to add an authentic neighbourhood feel. In a separate development, sites have sprung up that allow visitors to a city to ‘eat with a local’ – go to their home one evening for a delicious home-cooked meal – rather than spending the same amount, or more, at a regular restaurant. VizEat, EatWith, MyTable… like all great parties, the sharing economy has moved into the kitchen.

Airbnb’s Jonathan Mildenhall is not surprised: “There’s a demand for individual experiences, not just in the travel industry but in bars, restaurants, museums, you name it. Experiences, rather than possessions, have become the new markers of success. The notion of owning an iconic pen, an iconic watch, an iconic car – that doesn’t seem to synch with, in particular, the millennial mindset. They are much more about collecting experiences that are personal to them. They don’t want to experience a great city like Barcelona and stay in a hotel that’s devoid of any kind of originality and personality. We’re seeing this whole shift from commoditization to individual, personal experiences – and that can only be good for the traveller.” 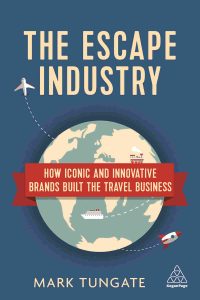 The Escape Industry: How Iconic and Innovative Brands Built the Travel Business by Mark Tungate, is out now, published by Kogan Page, priced £19.99.

This extract from The Escape Industry by Mark Tungate is ©2017 and reproduced with permission from Kogan Page Ltd.

7 things that can help your business to stand out