The world of online gaming is one which offers rewards not only to players, but also for the tens of thousands of people working in the industry around the world. In the last ten to fifteen years the number of people working in online gaming has grown exponentially, to the point where it is now regarded as a very lucrative and much sought-after industry to enter. However, just as players should be cautious when registering with a new gambling site, potential employees should do their research before getting into bed with a particular gaming company. 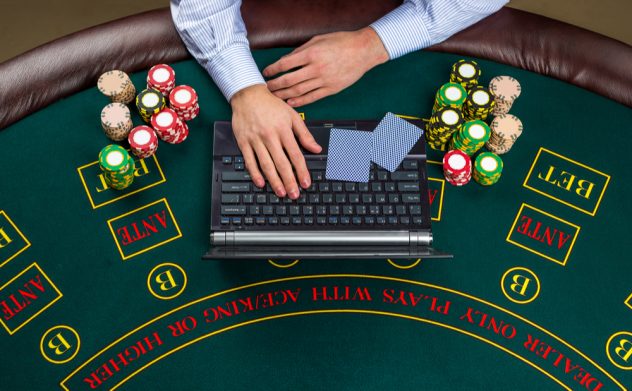 In the ever-fluid online gaming world, some companies and brands are considerably more stable than others, and furthermore, some offer much better working conditions and benefits for their staff.

Casumo launched as recently as 2012, but even in such a short time has made a huge impact within the gaming community. This online casino has been at the forefront of a mini-revolution in terms of its design, as it has embraced the concept of emphasising the fun and games element of online gambling, rather than trying to create an online version of a land-based casino. The fresh and modern approach to online casino gaming is reflected in the working environment at Casumo. The company has offices in both Malta and Barcelona, two places that are near the top of a lot of people’s favourite holiday destinations. The office ethos is relaxed and easy-going, with a ‘work hard, play hard’ vibe. Workers are given responsibility for their own tasks, and Casumo fosters an atmosphere that encourages the sharing of thoughts and ideas. And any company that states on its website that ‘we work together, we twerk together’ sounds like a fun place to work!

PokerStars is the biggest online poker site in the world, with more than two thirds of online poker players using the site. Its parent company The Stars Group aims to be ‘the world’s favourite iGaming destination and the world’s best iGaming employer.’ This is a company which believes in continual training and development for its staff. They encourage a supportive and interactive working environment, making it a positive place to work. The benefits on offer to new employees include healthcare, pensions, personal interest allowance as well as a generous pay packet plus bonuses. The opportunity to work for this online gaming giant is one which many would love to have. This is a truly global company, with offices in Bulgaria, Ireland, Canada, Malta, UK and Costa Rico. If you are someone who enjoys travel and new experiences, then The Stars Group may be just the place for you.

Betsson is a Scandinavian gaming company which is based on the tiny island of Malta. Betsson is the largest gaming company in that country in terms of the number of employees. They also have offices in Sweden, Estonia, Hungary, Latvia and the UK. The emphasis here is on the gaming and entertainment element of online gambling. This attitude is also reflected in the workplace, and if you are someone who likes to party, then you will certainly enjoy the legendary bashes thrown by Betsson. Betsson is the largest internet company listed on the Stockholm Stock Exchange, and it continues to grow. There are almost 2000 people of 45 different nationalities employed at the Betsson Group. Apart from the Betsson site, there are also 16 more gambling sites which make up the group as a whole. If you want to enter the online gaming industry then you will find plenty of opportunities here.

The Irish betting giant PaddyPower has earned a reputation as one of the most innovative and daring gambling operators in the world. In 2016 they merged with another big name in the industry – Betfair – to become one of the biggest operators around. That means that there are plenty of opportunities available, and their careers site always lists a large number of vacancies. This is a company which is not afraid to challenge the way things have traditionally been done. They have made their name through inventive and sometimes risqué marketing campaigns, where the fun element is always at the forefront. The even have a Head of Mischief, which tells you something about the company. Apart from its online business, PaddyPower has a number of shops located throughout Ireland and the UK, meaning that a wider variety of positions are available here than at online-only businesses. In terms of its online presence, PaddyPower is one of the biggest around, offering a range of different betting options from sports to poker to casino play. If you want to experience life with one of the largest and most vibrant gambling companies in the world, then working at PaddyPower-Betfair might be just what you are looking for.

4 things to keep your eye on as your business grows

4 HR technology will save your business money and frustration