We are entering a new era for the way people give up smoking. For the first time since I became part of the vaping community in 2013, I feel that e-cigarettes are receiving more positive attention than negative. 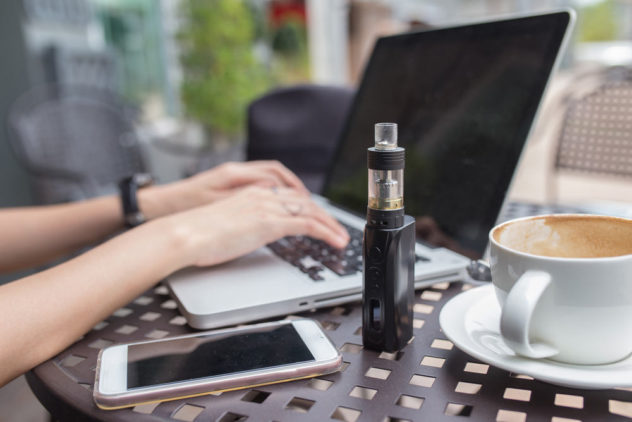 More people in the UK are vaping than ever before, and there is also an increase in the amount of scientific research supporting the health benefits of e-cigarettes. These both contribute to the growing support that the UK’s e-cigarette industry is seeing, which culminated in this year’s Stoptober campaign championing e-cigarettes as an effective way to help people quit.

Unfortunately, there are still many who are holding back the potential of e-cigarettes as a tobacco cessation device. While the opinion of the press is starting to sway, the next big challenge for the UK’s vaping industry is to get big businesses on side. As it stands, large companies flat out refuse to allow e-cigarette use on their premises. If Britain is going to become a smoke-free nation, then policies like this need to be challenged. Our attitude towards potential e-cigarette users needs to evolve — and the workplace is going to be an essential catalyst for change.

Does your office have an appropriate e-cigarette policy? Does it encourage and support its staff in their struggle with tobacco? Perhaps it treats e-cigarette users just the same as those that smoke? If so, then why? Questions like these need to be asked of CEOs up and down the country. It’s time to challenge the stereotypes surrounding e-cigarettes and enable their full potential as a less harmful alternative to tobacco.

As the UK’s high-street falls further into decline, the rise of the vape shop really stands out as one of the most prominent retail success stories of recent years. Even with the level of misinformation that has shrouded electronic cigarettes for years, over 800 vape shops opened in the UK last year. However, it is the effectiveness of e-cigarettes as tobacco cessation devices that has been so pivotal to the rise of the vape shop in the UK.

You needn’t worry, though, as it’s easy to get on the right track to quitting cigarettes without even leaving the house. A top online vape shop offers all the same e-liquids, vape pens and brands, but with all the convenience and customer service at your fingertips. While e-cigarettes might be easier to acquire than ever, if UK businesses aren’t supporting their staff using electronic cigarettes, then all this could be fruitless.

Our Government’s opinion of e-cigarettes

We are fortunate here in the UK that the government has a much more pragmatic approach to e-cigarette regulation than in some countries. There are those who are still cautious of the long-term risks that they pose, but with more and more scientific research in support of vaping as a less harmful replacement for traditional cigarettes, it is only a matter of time before the critics are silenced.

In positive news, the government has outlined a new policy that aims to improve the image of e-cigarettes; the main target of which is to advocate vaping in the workplace. This support has culminated in the first ever Stoptober campaign to promote e-cigarettes as tobacco cessation devices. The UK’s vaping industry is really encouraged by this promising news and hopes it can bring around lasting change for the benefit of everyone in Britain!

Working towards a smoke-free Britain

It’s all too common amongst fellow vapers and customers to discuss their workplace’s negative vaping rules. The thing that stands out for me is just how unsupportive bosses and other staff can be towards a peer who has made the difficult decision to try and give up smoking.

These negative experiences almost always play out in the same way. Offices treat e-cigarette users in exactly the same way as people smoking tobacco. They are made to share the same cigarette break times and use the same designated smoking areas.

While it is true that vaping can often accurately replicate smoking a cigarette in terms of taste and feel, the two products are extremely different. Forcing those that are making the shift to e-cigarettes to breathe in tobacco smoke will undoubtedly make the process much more difficult and stressful. Without the support of their employers, the process of giving up cigarettes will surely be more difficult (and therefore less successful).

Why not allow vapers to use their e-cigarettes within the office? Or at least create a smoke-free area in which to vape should be compulsory for businesses nationwide. If we really are serious about making Britain smoke-free, then supporting e-cigarette users needs to become a priority.

Pascal Culverhouse is the founder and CEO of vape shop Electric Tobacconist LTD. As an avid member of the vaping community both in the UK and the US, he has a unique perspective on the importance of electronic cigarettes as a tobacco cessation device.

What does the new government mean for UK business?