Mathew Knowles, iconic international business leader, best-selling author, speaker, college professor and mentor. He’s made an unprecedented global impact on music and is not only the founder, president and CEO of hugely successful Music World Entertainment, but is also the secret behind his daughter Beyoncé’s phenomenal career. 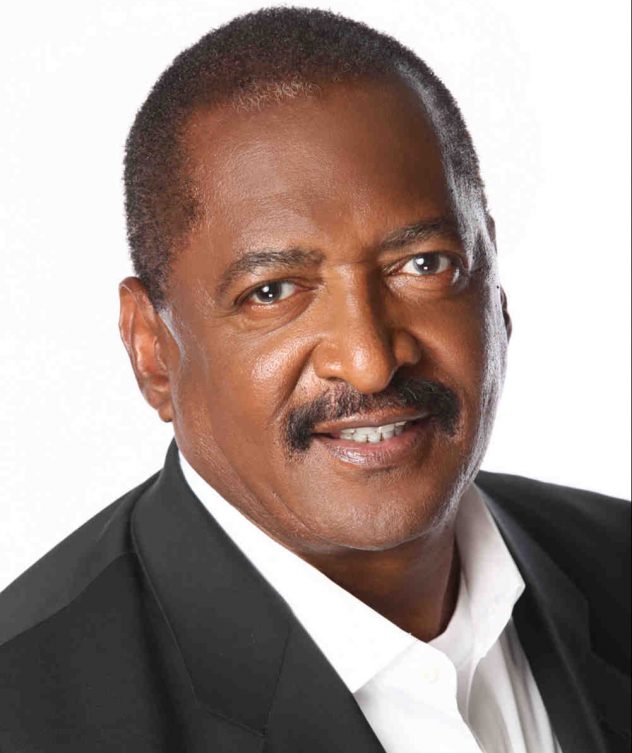 Mathew Knowles talks to Angela Sara West about the secrets to his success, his tips for entrepreneurs and his inspirational book, The DNA of Achievers: 10 Traits of Highly Successful Professionals. 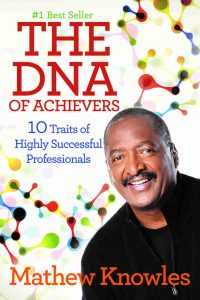 Record producer/music executive, Mathew Knowles, is widely recognised for his business acumen and unique management style and has played a key role in transforming the music and entertainment industry. He has executive-produced over 100 award-winning platinum and gold albums in multiple genres and his brainchild, Music World Entertainment, is one of the world’s largest music and entertainment conglomerates, with record sales exceeding 300m worldwide.

Credited with the “360° model” for records; management, branding and endorsement, merchandise and touring, he is the powerhouse behind his multi-GRAMMY-award-winning daughter Beyoncé, and her girl band Destiny’s Child’s, success and has strategised the recording careers of numerous other artists, including Chaka Khan, Kool and the Gang and Earth Wind and Fire.

Mathew tells me he has tremendous gratitude for his life successes. “From being on championship basketball teams in high school and college, and a top sales rep at Xerox Medical (being one of the first African Americans to sell CT and MRI scanners in the US) to owning a successful hair salon for 18 years and creating our family’s clothing lines, House of Deréon and Miss Tina… Our family created all of Music World Entertainment’s successes in gospel, country, pop and R&B, but particularly the successes of Destiny’s Child, Solange and Beyoncé.”

A self-described “small town country boy” from Alabama who wanted to be a businessman from a young age, he launched his first business selling candy at just eight years-old. He was among the first African Americans to attend the University of Tennessee and graduated from Fisk University with degrees in Economics and Business Administration, and also holds an MBA and PhD from Cornerstone Christian Bible College.

The music mogul attributes his self-made success to his entrepreneurial parents: “They were my inspiration at a young age and throughout my entire life, as mentors teaching me the true meaning of entrepreneurship.”

As the top sales rep of medical equipment worldwide for Xerox Medical, Mathew led over 150 marketing and sales seminars for the sales teams. “When the medical industry, where I was a neurosurgical specialist, was going through a change called ‘manage care’, I simply lost my passion and began to search out my true passion. Around the same time, Girls Tyme (Beyoncé and Kelly Rowlands’ group) lost on the US TV talent show, Star Search, which allowed me the opportunity to transition into the music industry.”

In 1992, Mathew launched Music World Entertainment. He wanted a global name, allowing him to enter into records, management, media and publishing, all of which are trademarked limited liability corporations. Expanding his company through successful acquisitions and partnerships, he garnered countless music and business awards… “2007 International Executive of the Year”… “2011 Living Legends Foundation Award”… The City of Houston even declared a “Mathew Knowles Day”!

This year, the music industry stalwart celebrates 25 years of superstar-making power under his belt. “I still look back and pinch myself at what both Music World Entertainment and myself have accomplished. We’ve had many successes working with incredible talent and a great team.”

Indulging his passion for “the creative process” and leaving corporate America to create Music World Entertainment was clearly his best career move. His worst? “Selling my company in 2002 and partnering with a much larger international entertainment conglomerate with a totally different ethos and culture. I’ve since bought it back, in 2007.”

He made it to the top by building a great team, having a passion for what he was doing plus a great product. “Worth Davis, a branch manager at Xerox who mentored me in my early corporate years, taught me the value of relationships in business. Columbia Records’ Donnie Ienner and Tommy Matolla mentored me in understanding the various aspects of, as well as how to manage in, the music industry.”

Mathew’s top tips for readers looking to make it in the music industry:

Mathew’s entrée into the music business was as a father assisting his daughters’ desires and aspirations and realising his own objective. “It was a combination of supporting my kids’ dreams and living my own personal passion. I knew that Beyoncé had a God-given talent and, at a very young age, was truly passionate about music. I always believed in Beyoncé and knew that with hard work, the right team, a strategic short and long-term plan plus great songs, that she could become one of the best female artists of all time.”

Mathew grew global pop phenomenon Beyoncé and his other brands by partnering with well-known American multinational retailing corporation, Walmart. “With Walmart, we built a unique strategic partnership for Solange, Beyoncé and Destiny’s Child and for Music World Entertainment, in the areas of toys, apparel, music, electronics and fragrance. For example, today we talk about Beyoncé’s recent video album, yet we did the first Video Anthology exclusively with Walmart on her first album.”

Along with Walmart, there have been numerous other collaborations. “McDonald’s, Pepsi, Samsung, L’Oréal, Nintendo, American Express, DirecTV, VIZIO TV, Coty… Branding is critical. It’s what you or your business represents.”

How has he found working with family? “Solange and Beyoncé started this journey at around 9-10 years of age and were treated as such when they were that young. Looking back, working with family had its pros and cons… One of the pros is that you have complete trust; a con is having to separate business from family. However, I never treated any of my artists as employees.”

Mathew says the most rewarding aspect of what he does is seeing the impact of his involvement in his students’ and recording artists’ careers. “Especially my daughters, Solange and Beyoncé. My proudest moments have been seeing my daughters become the women, mothers and artists they have become. Both doing it totally differently, yet remaining humble and true to their fans and themselves.”

A fashion-forward family with a sky-high luxury property portfolio

The Knowles’ family’s clothing line, House of Deréon, launched in Selfridges in 2011. “Agnes Deréon (Beyoncé and Solange’s maternal grandmother) was the “soul”, Tina (Beyoncé’s mother/stylist) was the “couture” and Beyoncé was the “kick” of the brand. I headed up all marketing efforts. We were able to sell the brand for a sizeable profit.”

Mathew’s empire’s also expanded into real estate with Music World Properties, which includes investment holdings from high rises to luxury homes across the US, and Skybar, Houston’s largest night club. “Well, I can tell you the Skybar investment turned out to be a mistake, and we just recently sold the entire city block I owned in mid-town to BMW.”

All in the DNA…

Throughout his career, Mathew’s encountered individuals who have motivated, encouraged and contributed to his success, inspiring his modern blueprint for success in any industry, as detailed in his best-selling book The DNA of Achievers: 10 Traits of Highly Successful Professionals, in which he explores the challenges of creating a global brand for one of the world’s leading entertainment companies.

Focusing on common characteristics among successful people from all walks of life, it features illustrative true-life experiences and numerous essays by luminaries in every area of entrepreneurship, music, entertainment, sports and philanthropy. “I began to see common characteristics in some professional associates, as well as in myself. As an educator, I saw it as an opportunity to write my first book and share what I had observed from many successful professionals.”

“First and foremost, it advises you to live your passion, in coexistence with work ethics. Don’t be afraid to take risks. Failure is an opportunity to grow, not a reason to quit. Always think outside the box with a great team. You are the visionary!”

Mathew says the first challenge of running your own business, regardless of the industry, is identifying and understanding the needs of your customers. “Exceed their expectations and give them a superior product.” Another challenge is putting together the right team. “I’m somewhat ‘hands-on’ with my businesses. I’ve learned the importance of developing my staff’s skill set.”

The music biz innovator advises maximising every opportunity. “Keep overheads low; that’s money that could be going into your pocket. Life doesn’t give us the opportunity to change what has happened… we can only be positive, learning from our mistakes and moving forward. Let your business be one that you are passionate about. When you live your passion, you never work a day in your life!”

Mathew speaks at conferences worldwide and holds a professorship at Texas Southern University, where he has taught Entertainment, Recording and Management courses for nine years. “I’m inspired by my students. When I see their potential to impact the world, I’m motivated to be an even better teacher.”

His hot new online enterprise, The Knowles Institute for Entrepreneurship, Entertainment & Music Business, will teach essential skills on everything from marketing and communications to e-commerce management and kickstarting a business with crowdsourcing. “It’s an e-learning platform which will have 900-plus courses,” he explains. “More to come!”

“Early on in my career, I grew too fast, causing logistical, cashflow and growth problems and losing focus on my core business. Now, however, I’m in the business of downsizing as I’m 66.”

So, he’s kicking back a little, but up until recently, 50% of his travels were international. The challenges to running a global business? “Travel and time zones for telephone calls. When I travel domestic or international, I take only a carry-on bag. It’s important to have airline club memberships, TSA and Global access, to get through security check lines.”

The next big thing in music? “Blushhh Music, the first-ever rap female trio with two rappers and a vocalist.” The latest girl group to sizzle off Music World Entertainment’s hotplate is doing well. “We hope, in the next month, to make a major announcement regarding them in a reality show.”

Mathew has starred in TV reality shows including Channel 4’s Chancers and there are plenty more projects in the pipeline for this legendary superstar-maker and prolific philanthropist. “More teaching, public speaking, TV and film projects… Destiny’s Child projects…”

Where does he see himself, and his businesses, in five years’ time? “At the top!”

For more information on The Knowles Institute for Entrepreneurship, Entertainment and the Music Business, go to https://knowlesinstitute.com/

Find out more about Mathew’s book, The DNA of Achievers: 10 Traits of Highly Successful Professionals (which was an Amazon No.1 best-seller even before its official release!) at www.dnaofachievers.com

For further information, visit Mathew’s website at http://mathewknowles.com, where you can also find a free article about his Walmart Strategic Partnership.