Vending machines are having a major resurgence thanks to the advance of cashless payment options.

Over the years we’ve seen vending machines undergo several changes in the way people pay for goods: from coins to bank notes and then bank cards. Now, users can also pay with smart cards and mobile phones. 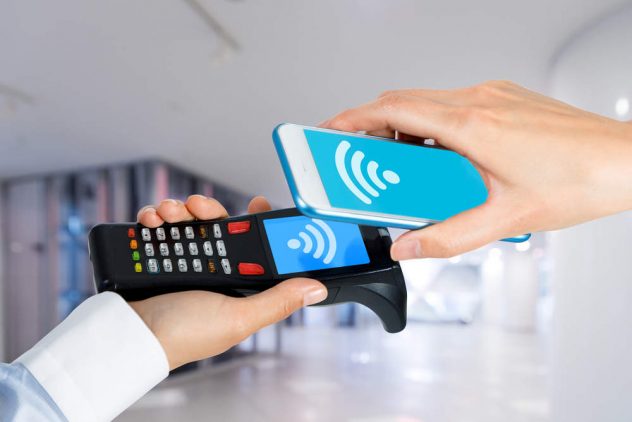 It’s the convenience of using cashless payments that is having such a big impact on vending machine use. As more of us stop carrying cash, the more we need cashless payment systems to help us pay for things.

Vending machines that don’t offer cashless payment end up losing out. By how much? In the US, over half the people under 30 now use cashless payments even for small items. The introduction of the ‘tap and pay’ cards makes this even more convenient. Where you once paid for a coffee with cash, you now just tap your card.

Indeed, as many organisations now operate completely cash free environments, vending machines in places such as schools and workplaces need to be able to read the smart cards that students and employees use to pay for things. These cards, such as those available from Universal Smart Cards, are being increasingly used, so only vending machines with readers can be installed in these places.

An increase in the number of customers is not the only benefit. Those organisations that install cashless vending have also seen a growth in the amount people spend. In the US, the average spend on cashless vending machines is 25% higher than on cash only machines. The reason for this goes beyond convenience; it’s down to the fact that customers feel less ‘spending pain’ when using a cashless system. When they swipe or tap, they don’t actually see their money being taken. This gives a cashless machine a psychological advantage, so to speak, that benefits the vendor.

In another study, machines equipped with cashless readers were found to have increased total sales by 42%. An analysis of those sales showed that only 32% of the increase could be attributed to cashless payments and that the other 10% came from an unexpected increase in cash sales.

What this tells us is that rather than killing off cash sales, adding cashless payment options actually increases them. The reason for this is straightforward, adding the cashless option makes a vending machine more popular because there are more ways to pay. Imagine a group of teenagers wanting to purchase soft drinks. If one of them needs cashless payment and the machine doesn’t offer it, the entire group might walk past and buy elsewhere. If you add cashless vending, that entire group can use the machine, including both cashless and cash users. Both types of sales, therefore, increase.

In addition, knowing that a particular machine accepts cashless payment makes it far more likely that people wanting this convenience will return time and again to use it. For example, those who buy things on a regular basis, such as a coffee at the train station, will make a visit to the machine part of their daily routine. In this way, cashless payments make a vending machine a magnet for repeat sales.

Whilst the benefits mentioned important above should make all vending machine operators consider installing card readers, it is  to understand that some machines will benefit more than others. When beginning to invest in this technology, it could be a shrewd idea to install the cashless readers in the most advantageous places first.

As it is the under 30s who are the main users of cashless payments, ideally you should prioritise those machines where these people frequent, for example, vending machines in bus and train stations, town centres, schools and universities, hotels, gyms and offices.

However, you should remember that whilst new technology, such as mobile payments, does take time to be adopted by older users, they will eventually get around to using it. It won’t be too long before the silver surfers are tapping their smartphones on your vending machine, even if they still collect their pension in cash.

With that in mind, you need to make sure that any cashless payment system you employ accepts mobile payments as well as card payments. Mobile payments, thanks to services like Apple Pay and Google Wallet, are becoming increasingly popular as it means not having to carry cash or a cash card.

Finally, you should consider using cashless vending machines for leasing out to organisations. With the growing numbers of cashless environments, there’s likely to be a big demand for machines that will read smart cards.

Thanks to cashless payment systems, the humble vending machine is having a bit of a renaissance. The convenience of the machine coupled with the convenience of the payment is making them highly attractive places to buy things quickly and easily, especially for younger consumers. Those that invest in machines with cashless readers are seeing real benefits, more customers, increased average spends and increased overall sales. Is it time you updated your vending machines?

Dealing with shipping time as a marketing problem

Choosing the right merchant service can make your business excel