Millennials and now the iGenpreneur are often given a bumpy ride by the media, with criticism of their defining characteristics, but recent research recognizes that Millennials can be highly motivated entrepreneurs and the iGen may be even more so!

With the coming of age of the millennial and the iGenpreneur, born between 1996 and 2012, what better time to consider the impact this cohort could have on the business landscape in 2018? 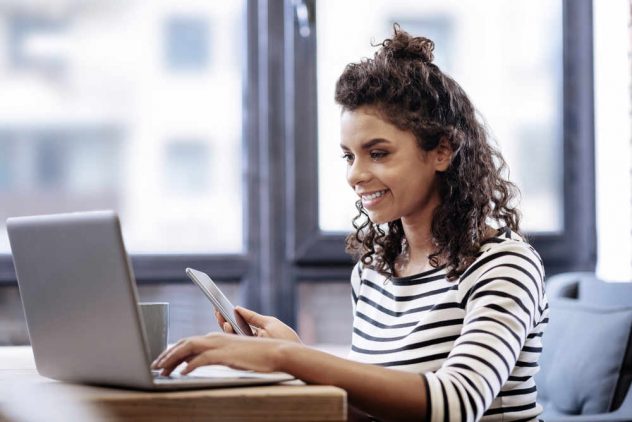 When a specific term is coined which links a whole generation to entrepreneurship, namely ‘Millennipreneur’, you know this age group has a particular aptitude in the area. The 2016 BNP Paribas Global Entrepreneur Report made that connection and hence the term was created. However, what of the next generation – the iGen (also known as Generation Z) – hot on the heels of their older siblings? Just entering the workforce, the iGen have learnt a thing or two from watching the entrepreneurial Millennial and have a lot more to add besides, so what might they bring to the entrepreneurial party in 2018? When you consider that the iGen, now outnumbers the 1.72 billion Millennials, at 2.52 billion, the influence of this generation, with its defining characteristics, is about to be felt big time! And word has it that they are even more entrepreneurial than their siblings.

Recent research suggests that as many as 72% of this age group is eager to start their own business, and according to The State of Generation Z 2017 National Research Study, by The Center for Generational Kinetics, 77% of 14–21 year olds are already earning their own spending money. We may therefore be witnessing the birth of a whole new generation of entrepreneurs – the iGenpreneurs! As one of the best-known modern-day entrepreneurs, Mark Zuckerberg, was just 19 when he hit it big with Facebook, it is now timely to consider the entrepreneurial impact of the upcoming iGen. Zuckerberg, a Millennial born in 1984, paved the way for the 21st-century entrepreneur, in a field which was unheard of a few years earlier, but the iGen has a whole new level of aptitude in this area. Growing up as they have in a world of smartphones and broadband, they were virtually downloading apps while still in their prams. So, while Millennials could be termed tech-savvy, the iGen could be called tech-fluent. The full implications for business this will have are still unknown, but one thing is already clear, innovation is at the heart of this generation and their intrinsic ‘i’ skills will be influencing the future face of business.

Of course, something that comes as second nature to the iGen, maybe even more so than the Millennial, is how to use social media to the best advantage. This skill is set to stand them in good stead for success at business, as no self-respecting modern entrepreneur would ignore the power of social selling. Indeed, an increasing trend is for younger people to set up direct selling businesses and capitalize on their Facebook, Twitter and YouTube skills to sell their products online. In fact, growing up in the aftermath of the Great Recession, the need for resourcefulness has seen a rise in entrepreneurism as a more mainstream, full-time career choice and as a side-gig for a means of making ends meet. Indeed, with the challenging economic situation leading to less job security and giving rise to what has been termed the gig economy, gaining entrepreneurial skills training could be seen as a clever way to take back control of your career.

So, what other defining characteristics of this new generation might be set to shape the future business world? Well, according to The State of Generation Z 2017 National Research Study, the iGen are showing an early aptitude for managing their finances, with 21% having a savings account before the age of 10, and 12% already saving for retirement now. Perhaps as a backlash to watching their Millennial siblings struggle with student loan debt, one in five of this age group also says that personal debt should be avoided at all costs. Combine this financial acumen with their preference for using fintech, such as payment apps, and we could be seeing a completely cashless society within a matter of a few years. Who knows? Perhaps this could also lead to the wholesale adoption and development of trailblazing technology such as cryptocurrency by a new breed of iGenpreneur, who have overcome the skepticism of earlier generations to make the most of this groundbreaking innovation.

So, in a workforce that is now made up of four generations– Baby Boomers, Generation X, Millennials and the iGen – all with their own strengths and skills, the latest joiners are set to shake up the routine. Whether they are putting their entrepreneurial talents to use in an employed position, as an ‘intrapreneur’, or launching the next big thing as a startup business venture, their exuberance, energy and enthusiasm will soon be seen. So, move over Millennials, there’s a whole new generation of entrepreneurs on the way and guess what? The iGenpreneur think you’re old!

SMEme: How to harness memes as an SME

Online presence to bring up business on social media