Recently, Manama, the thriving metropolitan capital of Bahrain, was awarded first place in the chart based on financial scores for The Most Attractive Cities to Move to for Work by Harvard Business Review.

While Manama boasts the top financial ranking due to high salaries, no personal income taxes, and a lower cost of living, it didn’t make it into the overall rankings which was based upon lifestyle and finance. 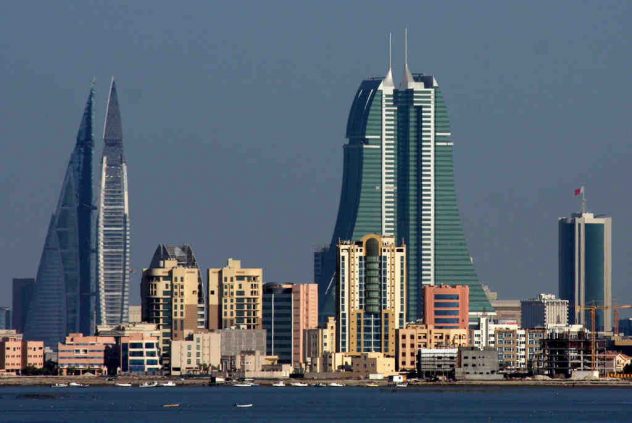 So, what is it about Manama that makes it so financially appealing and how can expats make the most of the lifestyle offered in this prosperous place? Could it be the economic opportunities, healthcare system, or the transport – or a combination of all these things and more – that makes it such as fantastic place for expats looking to boost their careers.

As of 2016, Manama made up 69% of Bahrain’s GDP and was home to around 70% of the country’s population. This high-earning capital mainly benefits from its petroleum and financial industries, great for expats with experience in these sectors. Manama’s income distribution is also one of the most equal in the Gulf region, making it an ideal destination for business minded expats looking to earn a fair, yet generous, wage.

As well as benefiting from the petroleum and financial sectors, Manama offers a wide array of employment opportunities in a diverse selection of industries such as the tourism sector, manufacturing, ICT, real estate, healthcare and many more.

Before moving here to work, it is important to find out what kind of healthcare system and services the country has to offer. Bahrain has been seeking and succeeding in improving its healthcare system over the last three decades, with life expectancy rising from 71 in 1983 to 77 in 2013 and infant mortality dropping from 21 per 1,000 births in 1985 to five in 2013.

The country is striving to improve and become a centre of excellence by developing and utilising modern technology and medical centres. With a great standard of healthcare and plenty of English speaking doctors and staff members, expats should feel reassured that they will receive the care they need as and when they require it. With this said, health services are free for nationals only. Expats moving here to work may want to look into having some kind of international health insurance in place because of this, and also because employers are not required to provide their employees with medical cover.

A thriving lifestyle and inclusive culture

To truly enjoy life abroad, it’s important to create a good balance between work and play. Luckily, Manama has a lot to offer in that respect. From the City Centre Mall with its own 20-screen cinema, waterpark, and international shops and food outlets, to the Bahrain National Theatre, there are plenty of ways to enjoy life in Manama.

In InterNations’ Top Expat Destination’s 2017 survey, Bahrain won top spot out of 55 countries mostly due to ease of settling and career satisfaction. One interesting reason why Bahrain ranks first place for ease of settling is because the majority of Bahrainis speak English, which enables expats to communicate with others effectively without needing to learn the local language. Plus, Bahraini’s are known for being welcoming, friendly, and tolerant, especially when it comes to different cultural and religious beliefs. Described by one expat as “a beautiful melting pot of many different cultures”, Bahrain boasts a flattering multi-faith society made up of Muslims, Jews, Buddhists, and Christians, adding to the diverse and inclusive nature of this blossoming country.

A low cost of living

Many expats living in Manama also enjoy an overall low cost of living compared to what they were used to in their home country. For Bahrain as a whole, 65% of expats said they were able to save more than they could in their home country, according to HSBC’s 2016 Expat Explorer report which surveyed just under 27,000 expats from 190 countries and territories.

Not only does Bahrain compete with countries from across the globe for a low cost of living, it also has an overall lower cost of living than other Middle Eastern countries including the UAE, Qatar, Saudi, Kuwait, Oman and Jordan, making Bahrain a financial gem of the Gulf states.

Commuting to and from work if you don’t have a car can be difficult in some countries depending on the structure of their transport system. Luckily, Manama offers an affordable and competent bus service which consists of 141 buses that run daily across 28 routes. These buses can take you anywhere in the capital, and around the country if you want to venture a little further away from the busy city centre to explore the more rural and serene areas of Bahrain.

With a wide array of exciting career opportunities to pursue, little to no language barrier, a low cost of living, and a thriving lifestyle, Manama has a lot to offer expats who are looking to boost their careers and start a new life in this prosperous capital.

Over half of those on furlough are considering a career change

Are women really getting their fair shot in business?

The ageless career – Running a business

How to become an estate agent

A day in the life of a private yacht management team

Dominic Lill - August 31, 2018 0
Most people in the UK will, at one time or another have a business venture that they wish to pursue in one way or...