You have a small business, and you’ve done well to get it where it is now. Yet, there’s no room for your service in the market you’re currently in, as it’s one of the most competitive in the world, and you need to make a decision about your future…

What about trying an expansion? When it comes to business solutions, there’s usually no better way to get ahead of the competition than expansion. And there’s so many ways to do so, but none better than to take your small business to another country! The idea has been briefly touched on before with this blog, but let’s expand a little on that just to start with… 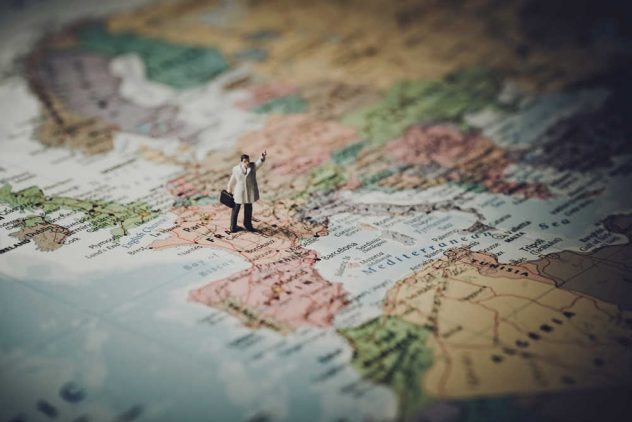 When you can take your business to physical heights such as these, you’re going to have more of a monopoly on the market: your company has the product that is lacking in another part of the globe and now you’re taking it there. Already feel the demand for it?

So taking a business to the international sounds like a huge leap to make, but it can be easier than you think when you know where to go and how to do it. So, if you’ve got sun, sands, and more money in your mind’s eye, here’s some things to think about.

Places in the North have a lot more of a lucrative market than people are led to believe, and there’s a lot for you to discover here. Countries in Scandinavia have a great reputation amongst the business community, and none are more legitimate in their corporate practices than Denmark. It’s a great place to set up your company, or simply another headquarters, due to the market you’re going to be working amongst.

Denmark is in the European Union, which means unlimited and almost immediate trade with the largest single economy in the world. There’s a lot to work with there, even at just a first glance! Denmark is also regarded as having one of the best workforces in the world, with a huge potential for growth for any business willing to hire on locally. When you’ve got well paid, motivated, and completely productive workers on your side, business is going to be better than ever.

Places like Denmark are quite cheap when it comes to property letting, and any of the bills associated with having to rent out an office or a shop floor. When you have smart city solutions all around you in one of the greenest cities on the globe, you’re going to quickly get into the habit of saving energy, and money, on the biggest drains you would have to deal with in America.

There’s plenty of opportunities to be found here, and none of them better than what you could do for your business. Belarus is one of the easiest countries in the world to start a business, with the registration process only taking 24 hours to complete. Back in 2013, Belarus was ranked as the 58th easiest country in terms of ease to conduct your business; it’s only gone up from there!

Most company types can be opened up here, meaning you can finally establish that partnership you’ve been waiting on, or maybe the limited liability you want to open up to reduce your risk in expansion. Either way, it can be extremely productive for your business efforts to try something here.

Belarus borders the rest of the European Union, and that lets it act as a gateway into both the East and the West. When you have such lucrative neighbors on each side, you’re going to be working in one of the best business economies that can be found throughout the world. When you remember you’re already working inside the EU on top of that, your startup would never have a stronger or more stable foundation to work off of.

There’s little chance of coming into contact with competitors here, and the market is relatively open for you to fit yourself into. Make sure you do set up a permanent foothold here, as more and more people are getting the same idea, and any third party representatives aren’t good business practice to stay in touch with.

Hong Kong has always been a strong contender for any kind of business, and a lot of people have looked to this country to make sure they can compete amongst some of the biggest and best businesses out there. This can make setting up a business here a little complicated, but it’s by all means worth the effort! And always remember that the extra work has a much bigger payoff in the end.

So with that in mind, there must be a few good reasons as to why everybody wants to carve out their own niche in the market here. Thankfully, many exist out there, such as the fact that Hong Kong likes to give preference to foreigners wishing to set their businesses up here. Of course a Visa can be hard to get a hold of, but with it only taking a little under a week to fully establish your business, that can be forgiven.

There’s also the infrastructure that makes Hong Kong so famous amongst it’s corporate clientele. With reliable shipping methods and first class, fast moving transport, anyone can service their customers with ease. Building a good relationship with anyone looking to buy from you is the core of business, so when you have a country and their government on your side when it comes to feeding the local economy, you’re not going to get it better anywhere else.

When you’re working in the Western world, you’re going to be amongst some of the biggest and more innovative workers out there. However, trying to fit yourself here can be easier than you think, as plenty of niches still exist in these kinds of markets.

It’ll only take you about half a week to get your business up and running here due to the focus on the market, and there’s plenty of foundations to work off of in terms of services. Similarly, accumulating the funds you need is easy when you’re establishing yourself in a country ranked in the top 20 for credit needs; taking out a loan will never be easier to make back. This is good news for anyone starting from the absolute bottom, as Canada has a focus on these kinds of businesses; if you’re small and reliable in your previous deals, you’re not going to come across trouble here.

Business running costs are relatively low here, and you’re not going to find any cheaper living costs alongside it for anyone needing to be permanently stationed here. If that’s not something you’re looking to include in your model, there’s plenty of local talent to pick up on as well. A lot of people are trained in the technical side of business here in Canada, so any technology needs are going to be swiftly dealt with. Setting up that long lost IT help desk for your website is finally within reach!

Everybody has wanted to head down under at some point in their life, and it’s no different when it comes to careers as well. It can take you a couple of days or so to start a business here, and that means you can get your Australisian headquarters up and running as soon as you have the plan to.

Australia has a strong Western mindset about it’s business dealings, so there won’t be too much of a change required in your habits to do business here. There’s a lot of beach culture here, with most of Australia’s inhabitants choosing to live right by the sea, so it’s a good chance for anyone looking to work in agriculture, ocean life, and hospitality.

There’s a lot of trading you can do here as well, considering the straight shot across the Pacific Ocean between Australia and Japan, which is one of the biggest economies in the world. Australia’s relative lack of borders means international relations are incredibly important, so you could ship out to anywhere from here. As long as you can stand the heat, and you have working air conditioning in your new offices, Australia is a great pitstop to the rest of the world.

Trying to expand a business is always going to be hard: you never know what will work and what won’t, your efforts may never pay off with what you’re returning on your baseline, and there’s a lot of competitors around the world for you to work either with or against. When you add all these factors together, sometimes it just doesn’t seem worth it to try and make better on your business moves.

Yet, there’s always a good chance you’re going to find something good in a market a world away from your own! Pick the countries that have the best chances for you, and make sure you’ve done your research on what goes in and out of these single economies. Even somewhere as exotic as Manama could be the perfect place to start your business.

Are Fairstone personal loans worth It?

How to know when it’s time to expand your business

How to grow your fashion startup in 2020

Why diversity is the key to business success

Four ideas for tapping into a new international market

An overview of travelling for business in Canada

Why should UK companies expand to Latin America?

Dominic Lill - June 6, 2018 0
The history of Britain in Latin America is long and illustrious. Even though many entrepreneurs from the UK are not aware of any common...