It is suggested that each year Google updates it’s algorithms up to 600 times, creating a daily occurrence of tweaks and changes that could impact search visibility, user experience and ultimate online performance for businesses.

Here we look at the biggest Google algorithms changes of 2017, and what to expect of the year ahead. 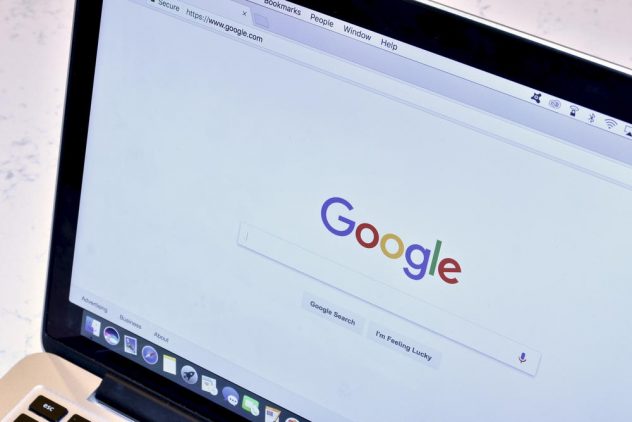 The beginning of 2017 was a slow one for Google algorithms – notably by the absence of any discussion on updates, let alone any updates of note.

However, in February there was an update that came into play, with a view to improving user experience. This potentially created a marker for the year ahead.

The not-so-catchily named Intrusive Interstitial Penalty was aimed at websites that would pop-up with intrusive adverts or requests as soon as you hit them. Google saw this approach to running a site as a way to gather data as opposed to provide a solution to a problem or query ‘Googled’ – the original reason behind the now giant advertising, mobile and VR ready platform.

The impact of the roll-out was minimal to those who were already looking to sell and give users a chance to engage with their company.

The end of Q1 and Start of Q2 saw Fred come into our lives (although this name was a joke by Gary Illyes, a Webmaster Trends Analyst – it stuck).

Fred was a major update on our lives (and of course our search results) and the update was targeted at low quality content websites looking to target revenue over customer experience – the second (and greater) nod towards the user experience aspect Google had pushed in Q1.

With Fred on-board the emphasis was on providing engaging and insightful websites, relevant information and platforms for customers to make informed choices. The biggest losers of Fred were aggregated content sites and those with a multitude of landing pages to target the same products.

Q2 wasn’t all about meeting Fred and turning our lives upside-down, there was also an element of security proceedings.

Although never named as an update, but often mentioned as a future ranking factor, HTTPS took more prominence on search results.

Data from Moz suggested that by Q2 over 50% of page one results on Google were HTTPS websites, rising to 75% by the end of the year.

It should be noted at this stage, this could have been trending websites, following Google suggestions to provide security for long term benefits, as opposed to a change in the algorithm itself.

Not quite the tech-fuelled younger brother of Apple founder Steve, but in fact a way for Google to display job results within search engines – effectively creating its own job portal.

Immediately the job section drew in jobs from the major search boards, but SEO agencies had been plugging away at pieces of JSON code to ensure job results of clients were showing as well – so a number of niche companies also won following the update.

Again, not an algorithm update but a message from Google that user experience should have security at its heart.

Chrome started displaying warnings about non-HTTPS sites around October, and in some cases will now use a pop-up to ensure a user wants to proceed to a website it sees as potentially harmful.

Partly a way of giving users more data, partly just a step on the road towards world domination, in late 2017 Google expanded its snippets section to provide more information on its search results pages (such as question answers and fact checks).

This happens to fall in-line with an update to Google Assistant and a desire to compete with Amazon Echo for space in people’s homes (and lives).

With it this brought the extension of meta descriptions to a potential of 300 characters, almost double that of the previous 155.

In 2018, the emphasis of Google algorithms will again be focused on users and the experience they have in using websites to complete the expected action at the end of a search query.

There are already a couple of notable areas on which Google is going to focus, and as such an SEO Agency or team should also focus on any given website or project.

Speed has always been of interest to search agencies from a user experience perspective – essentially, the quicker a site can process requests and load, the more likely a user is to convert.

Google has never actively used speed as a ranking factor, but has announced that this will be key in 2018 and a major push for websites and search engine results.

Whether this development comes from all of Google’s ducks being firmly in order, or whether it is just the next step on the process of creating unified user experiences remains to be seen, but the fact is – if you’ve not been looking at speed in the past, you definitely should be now.

The other element of 2018 will be rich snippets, based on the expansion of this area of Google’s results pages in late 2017.

At the start of 2017 there were a total of seven snippet examples on Google’s guideline pages, at the time of this article going live there were 20. Ten of these are in Beta mode.

With snippets given more prevalence on search results in 2017, you can be assured Google will be pushing websites towards their use in 2018.

Getting the most out of a search campaign is about ensuring you meet both existing Google algorithms needs and what you expect to see in the future. Working with an SEO agency, or having an in-house SEO specialist, will allow a business to unlock the doors needed to ensure online success both now and in the future.

Business 101: How to successfully use the internet to create more sales