We often fall victim to assuming the realm of technology is exclusively inhabited by the young.

We can be forgiven for this, as news and entertainment media are saturated with images of millennials developing new apps, queuing up to purchase the latest phone and interacting entirely via social media platforms. Meanwhile, the older generation are embracing technology, especially apps, due to their life-changing potential. 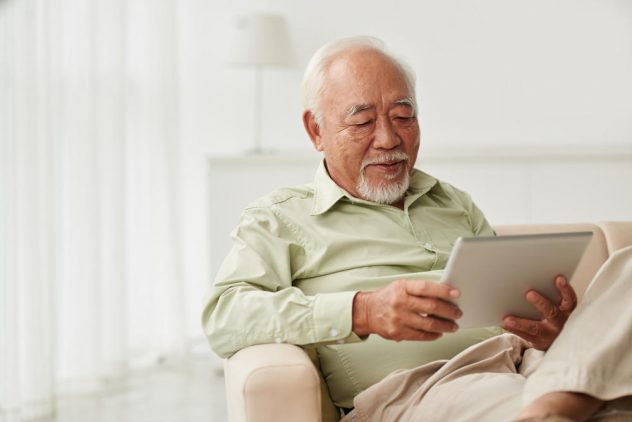 It is undeniable that there have been many apps created for the sole purpose of assisting the elderly. Apps like Fade: Fall Detector or FallSafety Pro can alert friends and family if an individual has fallen and is not moving, and Pillboxie is perfect for reminding the user what medication to take and when. What is especially uplifting, however, is the increasing prevalence of the older generation welcoming apps into their lives that may not have been initially designed to cater to the specific needs of the aged.

Apps like these may have been designed purely for entertainment purposes, or to address a growing need in general community. With an aging population mobility gets harder, and you may get a lift by thyssenkrupp installed in your home to help you get around the house keeping the Sliver Surfer generation mobile. Now these apps are proving well worth their weight in gold, as the Silver Surfers begin to incorporate them into their daily lives with fantastic results.

Tasking apps are a perfect example of apps that are improving the lives of the older generation, despite not being developed with senior citizens solely in mind.

Airtasker is one such app, which will be making its debut in the UK this year. It’s founder, Tim Fung, needed to move apartments and asked his friend who owned a large truck to help him. His friend was more than happy to help, but did mention that this was the fourth time in six months that someone had asked him for help with their move. Fung started to reflect on why we often turn to our overworked family and friends to assist us, when there are many people out there looking to make additional income from odd jobs. This was the initial inspiration for Airtasker. There was no explicit desire in these early stages to primarily assist old-aged-pensioners, yet the app has proven ideal for solving so many common problems in the lives of the elderly.

Age UK estimates that there are now more than a million older people who are lacking the support they need with everyday tasks, and that by the year 2030 there will be more than one million individuals between the ages of 65-74 that will have no children to rely on for assistance. Apps like Airtasker allow the user to post the chores they need doing onto the app (for free), and then taskers bid for the opportunity to take on that job. Because funds are held securely in the app and are not released until job is satisfactorily completed, older people do not need to fear being swindled out of their finances by rogue traders. Tasking apps allow older people to continue the lifestyle they are accustomed to, without costing the earth. Those with green thumbs are just one prime example. Thanks to tasking apps avid gardeners no longer must feel like they need to let their garden run wild just because they may not be as sprightly as they once were. Instead, they can simply arrange for a tasker to come and complete the work for them via an app on their phone.

Gaming apps on phones often get a bad rap. Teachers and parents frequently complain that children are distracted by these games, causing them to neglect their studies, lose hours of sleep and, in extreme cases, even become clinically addicted. What is not discussed nearly enough is the positive impact game apps have on the lives of senior citizens.

Lumosity is a famous example – the app is essentially a hybrid of fun and science. The app contains over fifty games that are designed to train your brain, so that researchers can better understand human cognition. The overall design of the app does not leave the user feeling infantilised, which can be the downfall of some games that are specifically designed with the elderly in mind. Words With Friends made the news late last year when a 22-year-old man travelled more than a thousand miles to finally meet his 81-year-old Words With Friends opponent in person. Octogenarian Rosalind Guttman and Spencer Slayon were randomly matched in a Words With Friends game, and their friendship grew as they played over 300 matches and chatted via the messaging portion of the app. The heart-warming story is a prime example of how apps can break down inter-generational barriers.

Contemporary television series and films immerse us in complex relationships and the world of sex. But older people are rarely represented by the entertainment industry in a sex positive light. This is just one reason why the Netflix series ‘Grace & Frankie’ has been received with open arms – because it offers a rare depiction of older people as multi-dimensional, complex characters who want to date on a casual basis and enjoy being sexually active. When older people re-enter the dating world we often used to say they are “looking for a companion” as though it is a euphemism; as if people over the age of 55 are completely lacking in sexuality! Apps like Tinder are primarily associated with the young, wild and free – yet they are also being used by the old, calm and retired to reclaim their sexual autonomy.

We all mistakenly assume that the technology and innovation behind apps is an entirely youthful prerogative. In reality, the older generation are seeking out apps that may not be marketed to them and them alone, yet still make a significant contribution to their day to day lives.

A smartphone for every entrepreneur

The key types of P2P payment apps and why they matter