Given the publicity surrounding gender equality in recent years – both the positive campaigns and the scandals – you might well imagine that diversity is gradually creeping into Britain’s boardrooms. Surely, more and more women are moving into executive positions, even if the process takes time?

Apparently not. A recent report by The Pipeline found that gender diversity at the most senior level is static at best: The proportion of women on FTSE 350 boards remained rooted at 16% last year, while the number of companies with no women on the executive committee has actually increased. 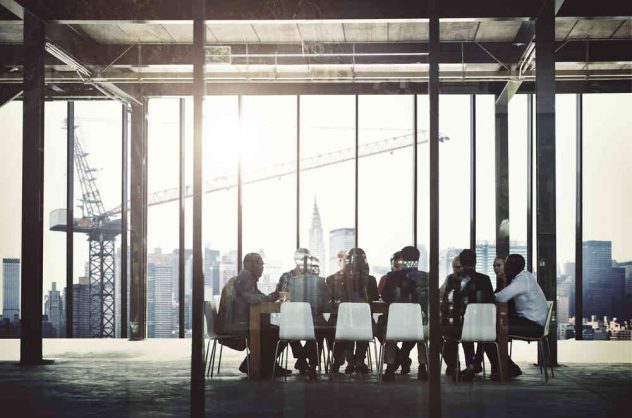 The Pipeline’s findings are disheartening for companies which are genuinely trying to encourage women into senior positions – those that signed up to the 30% Club, for example. But it is not surprising because the behaviours and assumptions which have held women back in recent years remain largely unchallenged.

Many business leaders would like to embrace diversity, which can only serve to strengthen the range of skills and capabilities in their executive teams. But they are clearly struggling to put intentions into action. Just look at the BBC which, despite its reputation for editorial integrity, seems to be finding it difficult to move from comforting words to real equality.

This is because, despite the arguments having largely been won, behaviours remain ingrained. Bringing about real organisational change is always one of the hardest tasks as a leader. When it involves the leadership team itself, from the chief executive down, it is essential to analyse your own actions and assumptions.

Through my research working with senior management teams, I’ve noted five behaviour patterns which can easily be changed in favour of diversity.

1. Find ways to diminish the Power of Similarity

We tend to appoint and promote those demographically and philosophically similar to ourselves. Why? Because ‘people like us’ fit in with our way of thinking. This is the Power of Similarity and we all do it. But interestingly, the effect increases in times of turbulence. Faced with challenging times, those at the top invariably opt for a smooth fit and fewer disagreements.

To counter this, leaders must embrace 360° feedback and engagement surveys to build an information based recruitment and development programme. Promotions should be weighed against excellence in performance, based on benchmarked individual contributions to the organisation.

2. Encourage women to take the glory

Ask an employee of each gender to make an acceptance speech for the same successfully completed project, and the man is more likely to pepper his speech with ‘I’s, while the woman will play to the acknowledgments of the team. This contributes to women being overlooked for promotion and being less successful at salary negotiation.

Consider benchmarking salaries and encourage female employees to take credit where it’s due and be politely persistent when it comes to seeking the rewards they deserve.

The latest psychometric tools can help you understand skills and diversity in more scientific ways. I once worked with an oil company who started off asking for all their identified leaders to be ‘Strategists’. This soon changed when they realised the leadership team were wonderful visionaries but nothing was ever implemented. Psychometrics enable diversity of contribution to be more visible and can implemented in all sizes of businesses.

4. Train people to be uncomfortable

Differing views lead to uncomfortable conversations. But that’s a good thing. Build an organisation where differing thoughts and opinions come through in focused ways, and you’ll open the door to high-performance, innovation and loyalty.

Teach people to disagree in a rational way without ire or confrontation. Train them to give feedback, focusing equally on positives and negatives. Help them practice effective boardroom behaviours before there’s a public showdown.

A command and control leadership style is not effective in the modern work environment and is detrimental to women. Typified by layers of autocracy, power through control, and promotion through contacts rather than feedback, even the military don’t work like this anymore.

Consign this leadership style to the past and develop leadership programs which encourage a diverse range of people to find their voice, speak up and be counted. Enable directors to become coaches for the success of others in the organisation.

Diversity is in everyone’s interests: Britain’s boardrooms need new ideas and they need to include voices that challenge the status quo. This is a strength in any organisation, but particularly in leadership. By embracing behavioural change, leaders can build executive teams that are a real asset to them, with strengths greater than the sum of their parts.

Demographics are dead: How to target marketing tribes

Does my employer support a diverse workplace?

Goals for HR employees to keep focusing on in 2019

The good news about NHS procurement

Dominic Lill - March 24, 2016 0
Nick Allen is procurement advisor for GM AHSN, where he puts more than 30 years of NHS experience to use, helping companies get their...
We use cookies. To learn more, read our Privacy Policy.Ok