How do your employees access your building? If you issue standard keys, you may want to rethink your system. A typical key has been the same for a long time. It’s simple, and convenient – same metal, same grooves – if it ain’t broke, don’t fix it, right?

Well, not exactly. A standard keys simplicity might make it handy, but it also means that it’s really easy to copy – anyone with access to a locksmith can make as many copies as they like. 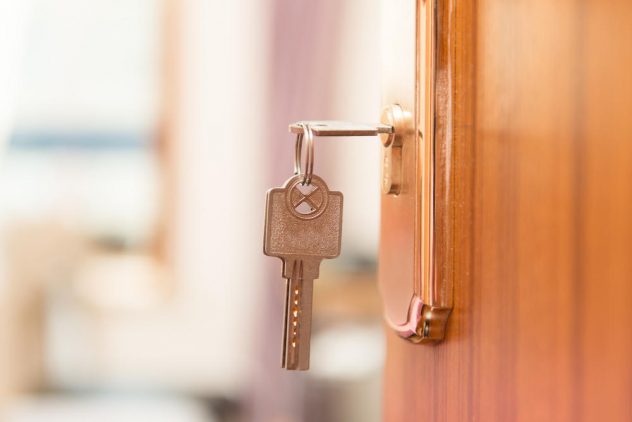 Handing out standard keys to your employees that give them access to the building, or even to a room, creates a security problem for your business. Your most obvious problem is what to do when an employee loses their key. Let’s face it – it’s bound to happen. Keys get lost, and no matter how much you emphasise the security risks, there will always be that one employee who can’t seem to keep track of their key. If they don’t ’fess up, and ask a colleague if they can copy their key, there is at least one lost key that could be found by anyone, that you don’t even know about. If they do come clean, you’re faced with a dilemma – do you embark on the pricey option of changing the locks and issuing all employees with new keys, until (inevitably) another one gets lost, and the process starts all over again? Or do you risk your security (and possibly your insurance policy) knowing that there is a lost key out there somewhere that could give anyone access to your building?

These security risks can be greatly reduced by swapping standard keys for an access control system that uses smart cards or proximity cards. While it may be possible to clone these, to do so requires specialist knowledge and equipment, and so they are much less likely to pose a security threat than standard keys. As an added bonus, these cards don’t just open doors – they can also be used to create attendance records, to log in to computers, and to allow employee-specific printing and photocopying access.

Their potential to get lost isn’t the only issue with standard keys. There are significant security risks involved with using keys when employees leave, whether they quit, their contract term is up, or they are fired, without turning in their key. You have no way of knowing where their key is, and, especially if they didn’t exactly leave on good terms, what their intentions are. While you’d like to hope they wouldn’t, there’s nothing to stop them selling the key, or using it to access the building and cause damage.

This key issue, too, can be easily solved with an access control system. When your “keys” are electronic, each one can be specific to an employee. So, when an employee is terminated, even if they don’t return their key card, the system administrator can disable it, so the system will no longer recognise it, meaning the risk of unauthorised access is minimised.

Another issue with standard keys is that you have no way of keeping track of which employees have opened which doors. Especially if you have a lot of people coming and going, with a standard key system, slipping in unnoticed behind someone with a key can be done fairly easily. However, with an access control system, you can keep track of who is coming and going much more easily. When you integrate user credentials into your system, the access control administrator can easily see who has accessed what doors. The system will be able to tell you how often any particular door is opened, and even if a door has been left propped open. The system will also be able to tell you which door any particular cardholder last accessed, as well as when they last opened a door with their card. With access to detail like this, an access control system makes it much easier to keep track of all the comings and goings in and out of all areas of your business, making your building much more secure.

If you are still using a standard key system, it’s time to think about just how easy it would be for someone unauthorised to get into the building. Do yourself and your company a favour, and swap the keys for an access control system.