The crowdfunding market in the UK is beginning to mature. It’s been around for seven years and is supported by attractive startup investment tax relief schemes like SEIS and EIS. These provide investors with up to 80% protection against an investment they make into a UK startup, which is taken as a tax relief against your income tax bill.

However, the length of time it takes for startups to get advanced assurance is becoming prohibitively long. So HMRC has issued new, stricter guidelines for schemes like SEIS and EIS, in the hope of turning applications around in 15 days, rather than the current 6 weeks. 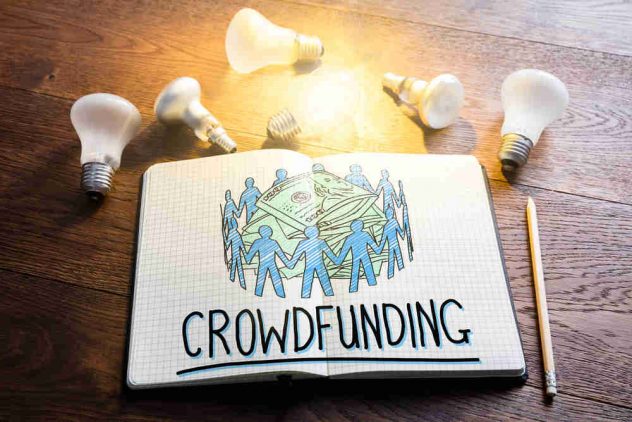 Thchanges will have a profound effect on schemes like SEIS and in crowdfunding, causing some campaigners to stumble before they even get out of the blocks. But for those left standing, the chances of success will ultimately be higher.

This article explores the new guidelines and reveals how you can increase your chances of receiving advanced assurance before you launch your crowdfunding campaign, and ultimately increase your probability of success.

What do the new guidelines say? Mostly they provide context to HMRC’s decisions, but this is the part that affects crowdfunders:

If you’re interested, you can read the full guidelines here: https://www.gov.uk/government/uploads/system/uploads/attachment_data/file/663935/Tax-advantaged_venture_capital_schemes-streamlining_advance_assurance_service-Gov_response.pdf

As is the case with guidelines, they’re open to interpretation. So, we spoke to the platforms to ask for clarification and they, in-turn, contacted HMRC. HMRC responded by saying that a crowdfunding platform alone won’t be considered a sponsor, since so many of their campaigns go on to fail. Therefore, to successfully receive advanced assurance, it’s important that you name individuals or institutions who you are in advanced discussions with.

Crowdfunding platforms are not asking that the deal is done, just that there are serious conversations taking place. The good news for crowdfunders is that you should be lining-up these conversations in advance anyway, so if you’re planning your campaign properly, it won’t make much difference – other than to give you an advantage over those who aren’t properly prepared.

There’s a lot of information out there about how to run an effective campaign, so it shouldn’t surprise you that most of your effort and resource will go into preparing your campaign for the public raise, and a large part of this effort will be applied to finding lead investment.

Companies we work with typically take 2-3 months prep time, and with the new guidelines we don’t expect this to change. The very first thing we encourage campaigners to do is initiate conversations with angel investors, institutions and friends & family – the most common source of the lead investment that will be put into a campaign

Our recommendation is to try and line-up as much of your initial target as possible before launching to the public. Not all of it will close, of course, but if you are confident of hitting between 60-100% of your target in the first few days, this will give HMRC confidence, as well as providing the early momentum that sets apart the most successful crowdfunding campaigns.

The most ambiguous aspect of the guidelines is the use of the word ‘sponsor’. Just what or who classifies as a sponsor, especially in a crowdfunding context? The crowdfunding platforms have been told they aren’t sponsors, but I suspect it will help to mention you’re planning being listed on a platform, especially if you have evidence that a large proportion of your initial target has been committed from your tribe or named investors. So, to who else might you turn to strengthen your application?

We’ve seen a number of other service providers spring up as the crowdfunding market matures, and I expect some of these providers will classify as sponsors, whereas others won’t. Ultimately, it will come down to how successful they typically are.

I run a crowdfunding accelerator programme for Virgin StartUp, and so far all the companies that have gone on to raise have been successful. If you were to participate in this programme you could probably argue that you’re also likely to be successful, however I would advise that you still name five or six other potential investors.

At TribeFirst, we have a greater than 87% success rate, and 100% in the last six months, which will give extra confidence to HMRC that our client’s campaign will probably go on to fund.

There are other options available to you, such as companies like Focused for Business, or IdeaSquares who run their own crowdfunding accelerators. Or you can work directly with these organisations on a 1-2-1 basis, where they help to connect you with lead investors and use their higher-than-average crowdfunding success rates to show that you’re more likely to gain funding.

I’m going to make a bold prediction. The new guidelines for SEIS/EIS advanced assurance will provide a significant uplift in equity crowdfunding success rates across the sector. There are three reasons for this:

Only time will tell if my predictions are correct. However, the new guidelines for schemes like SEIS should be seen as a good thing for the industry, and a good thing for your campaign. It will only encourage you to run the right kind of campaign – the well-prepared kind.

How do the top clubs in the Premier League make their riches?