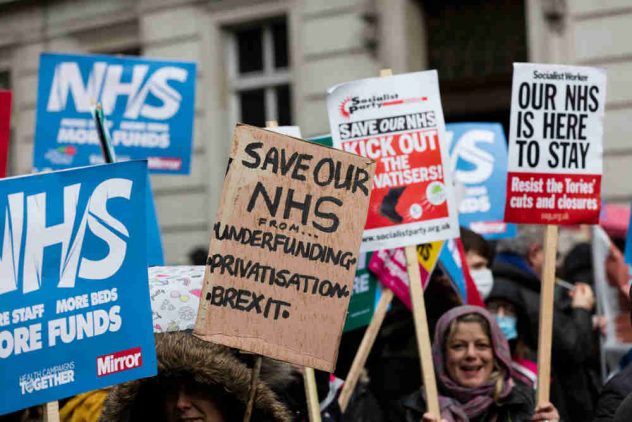 How about the impact on the NHS? Who could forget the infamous ‘big red bus’ and the pledge to spend more money on the health service once the UK was out the European Union? But, will the health service get its much-mentioned £350 million boost or could Brexit in fact pile more problems to the under-pressure NHS?

‘The biggest threat of all’

For a group of more than 100 MPs, MEPs and peers, Brexit marks the ‘biggest threat of all’ to the future of the health service. The Independent reported how a cross-party letter warned that a hard Brexit would create challenges for ‘decades to come’.

The politicians said that a combination of factors – including an economic slowdown, withdrawal from health agencies, staff issues and the potential for increased difficulty when it comes to sourcing and importing cancer treatments – could emerge from a ‘hard Brexit’. Access to agencies and the sourcing of materials are key things that are yet to be decided as part of the post referendum negotiations.

The letter stressed: “Brexit will act as a stress multiplier, exacerbating the many challenges facing the health service for decades to come.”

While most of this relies on predictions and forecasts, we can already begin to see the fallout of the June 2016 referendum when it comes to the issue of staffing. Figures released by the NHS show that almost 10,000 EU workers have left the health service since the Brexit vote. That number represented a jump of 22% on the previous year and 42% on two years previously.

The British Medical Association has also found that four in 10 EU doctors were considering leaving the UK – and that a quarter were unsure about what to do in the future. The number of nurses coming from EU countries dropped by 92 per cent after the referendum too – a big issue at a time when there are 24,000 nurse vacancies in England.

EU migrants make up a sizeable chunk of the NHS workforce and their loss would be keenly felt.

Dr Peter Bauer, a Brighton-based consultant anaesthetist, told the New Statesman: “If none of the EU citizens were [in my hospital], I can say without any exaggeration: you could absolutely close tomorrow.”

He added: “Well over 50 per cent of senior staff is European, it’s about three quarters of the people. It would be disaster.”

The staffing issues are complex. Clearly there are some existing EU workers who are re-considering living in the UK, with the rules to govern their future yet to be finally agreed. The UK’s reputation abroad as a welcoming and lucrative career destination has taken a knock and the future rules might yet make it harder to recruit from the EU. For now, the issue is political and reputational – it might be about regulation too.

Yet it’d be wrong to put everything on Brexit. The news is, understandably, dominated by this but there are more factors that are shaping the future of the NHS. The UK has an ageing population and, while it’s good news that people are living longer, that results in an increased cost in looking after older citizens, many of whom might have complicated health complaints.

Health officials are wrestling with ways to use technology to help – whether that be booking appointments, holding video consultations with patients or managing, processing and analysing complex data to improve outcomes. Extending this – and doing so safely in light of last year’s high profile hacking incident – is another big challenge for the NHS to overcome. In or out of the EU, the NHS needs to evolve to meets patients’ needs.

The NHS turns 70 this year. It has faced down many challenges since its birth, and surviving in Brexit Britain is another to add to the list. Without a deal that eases the fears of existing EU workers, makes it straightforward to access skilled doctors and nurses from Europe, and continues to provide access to the agencies and resources required to treat patients, Brexit could well add to the challenges already faced by an ageing population. Politicians need to perform an operation every bit as delicate as those carried out daily by experienced NHS surgeons in order to deliver the delicate deal needed.

Dominic Lill - January 24, 2018 0
The past few years have been rewarding for investors, with many sectors showing strong dividend growth in where they invest. Capita Asset Services estimates...
We use cookies. To learn more, read our Privacy Policy.Ok