Phillip Nunn talks about Bitcoin, the reasons behind why it’s popular and what the future holds for the digital currency that started it all.

Over the past few years, countless people have begun seeking cryptocurrency advice and information on how to invest in it. These numbers have only grown as the years have moved on. Now, more and more individuals, as well as companies, are finding their way to investment experts in search of cryptocurrency advice and information. While the crypto market has certainly evolved, there is still some part of it that has essentially remained the same. And that is the popular one that started it all – Bitcoin. 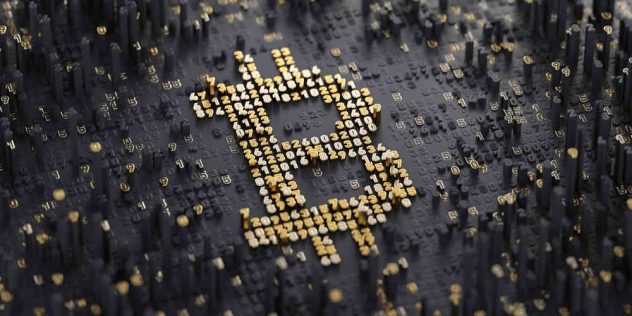 Bitcoin is simply the biggest, most popular cryptocurrency in the market right now. It has earned its position by ushering in a new era of anonymous transacting never known to us before. While there are people who say that Bitcoin is untenable and you should not invest in it, many happen to think that it is very viable investment option.

Why Bitcoin has become popular

The first and foremost reason is anonymity. Bitcoin allows users to send money to any place in the world at minimum costs and that in itself is an achievement. And since there are now a variety of cryptocurrency use cases, Bitcoin can be used in more and more places, making it highly convenient.

The second is stability. Despite the up and down nature of Bitcoin values, it is still relatively more stable than some other currencies in the world which experience hyperinflation.

Bitcoin might not be the fastest but it is certainly a score faster than other non-anonymous fiat currencies.

Security. Bitcoin is definitely one of the most secure cryptocurrencies we have right now. And with thousands working to keep the dozens from stealing the money from the millions, it is likely to stay that way.

Since Bitcoin uses complex technology, it cannot be outsmarted by any knucklehead. You would actually require some serious skills to make a digital heist.

Reasons against investing in Bitcoin

Bitcoin might have started the trend for anonymous transacting but many altcoins have already taken more than a few steps further. As such, there is no shortage of options for anonymity-conscious crypto coin investors to choose from.

Bitcoin might be more stable than the currency of Zimbabwe. However, this does not mean that it can compete with fiat money just yet. In fact, the people behind it will have to toil long and hard to make it a preferred investment alternative for investors around the world.

Right now, there are about a dozen altcoins which offer near instantaneous transactions. This is something that Bitcoin still has not achieved and this might be among the leading reasons for it getting toppled of the top-spot in the near future.

Sure, Bitcoin is secure. But it is not untouchable. Exchanges, even the most secure ones, are always at a risk of getting hacked and in that case, a lot of people lose a lot of money. Another big issue is the amount of scams involving Bitcoin such as the trading robots like Bitcoin Era, which promise extraordinary returns to their investors. If Bitcoin wants to be a currency for the future, it will need to fix this issue asap.

Bitcoin’s complexity is predicated on an, at present, difficult to decipher or hack algorithm. But as is the case with all technology, it will become obsolete. So, if Bitcoin wants to preserve its top-spot, then innovation is all-important.

In short, while Bitcoin has definitely shown us that cryptocurrencies have a lot of potential, it is still far away from being a reliable investment mode. There is no denying that if it continues to evolve like its many counterparts, then it will be right at the top. But that is a big if and security and speculation are not the best of pals.

This article was supplied by Phillip Nunn – a thought leader and speaker on Blockchain, Cryptocurrency, and Fintech.