Manchester is one of the most recognisable cities in Europe, if not the world. The city is considered a gem of history and commercial presence spanning centuries. Over the last half decade, the city has been going through a transformation that has seen the rise of luxury office buildings built within a growing metropolis.

However, as it stands there are four outstanding office buildings in Manchester that are unique in their specifications. The high standard of office fit outs in Manchester leads to some very exciting and unique spaces. 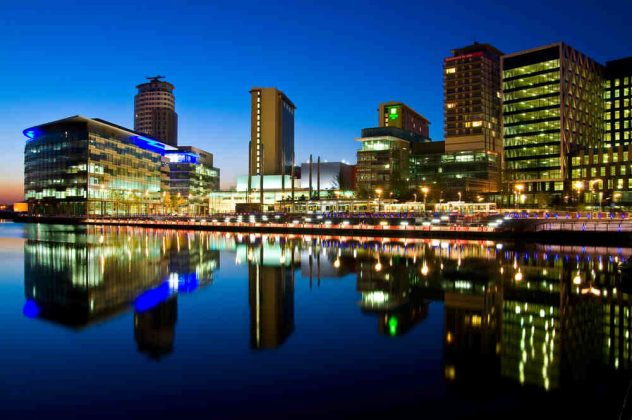 76 King Street represents perhaps the greatest example of a modern office fit out in Manchester. The building is surrounded by a variety of luxurious amenities that include fine-dining eateries, high-end shopping outlets as well as coffee shops that allow networking opportunities for a business with different industry players. Additionally, the building is accessible via a plethora of transport systems that include all primary bus and tram routes.

This is an exquisite, high rise, modern-day office building that hosts its own onsite car parking, accessible to all including disabled persons. The Hardman Street building is planted at the centre of the city of Manchester, resulting in a mix of various retail shops, pubs, restaurants and other vibrant attractions such as the Opera House, Granada Studios, Philips Art Gallery and Manchester Cathedral.

Amenities of such stature allow for significant networking, surrounding the business centre. The office space comes fully furnished, serviced with office amenities as well as electronic equipment. Additionally, the sky hangout area is accessible to all office tenants, serving some of the best meals and drinks in town. The building is located close to Deansgate train station.

The Pall Mall Court is not just another luxury office building in Manchester; it is a uniquely designed and well facilitated business centre located 8 minutes away from Manchester Oxford Road train station, as well as Manchester Piccadilly. The offices come fully furnished with fast internet, serviced business lounge, boardrooms and conference rooms. The building is ultramodern with spaces that encourage customisation, as well as making use of natural light. The Pall Mall court building is a Grade II listed building built in 1969 surrounded by a variety of vibrant amenities such as fine-dining restaurants, pubs, coffee shops as well as high-end retail shops. As stated earlier, the building is well supplied by transport options such as buses and trains.

This 80,000 sq. ft. block stands where the 1973-five story London Scottish house once stood. With redevelopment starting back in 2016 the building is now home to contemporary offices with the latest fitting in interior design, and comes with furniture, fast internet, shared spaces in a business lounge, conference rooms as well as relaxing quarters and a food court.

The building is fully serviced by a dedicated team, who serve all office owners from the front desk and has dedicated parking. This is one of the most contemporary examples of an office fit out in a city that is fuelling demand for professional office fit out companies, such as Saracen Interiors who have opened an additional office in Salford Quays to cater for the region’s demand.

You can never go wrong when choosing one of these luxurious office buildings in Manchester, the place to be for modern, dynamic office fit outs.

Take care of your tech and keep your business running