Ice cream has been a perpetually popular dessert since Ancient Chinese King Tang of Shang employed 97 ‘ice men’ to make him a delectable dish of flour, camphor and buffalo milk way back in 697AD.

And although Italians arguably produce the world’s greatest gelatos, ice cream is now created and served around the world. 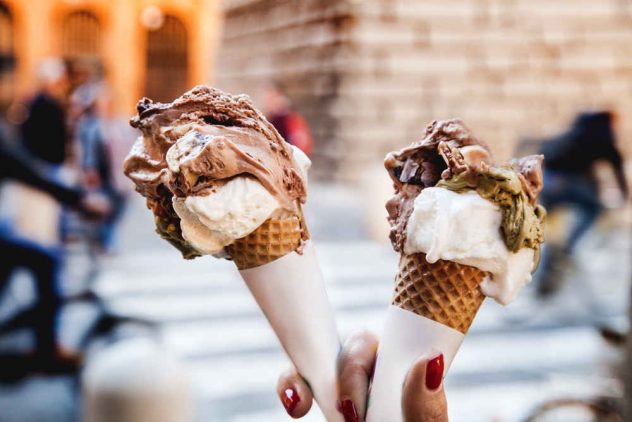 But tastes and manufacturing methods change with the times — so here are three ways ice cream is developing in the 21st Century.

As customers have gradually become more insistent that the way food is sourced and processed is as natural as possible, the dairy industry has had to adapt quickly. So it’s now common to see a large choice of organic butters and cheeses at delicatessens and in supermarket aisles. And the organic ice cream market will be worth $1.2 billion by 2024 according to new research by Global Market Insights, Inc.

As well as a standalone product, organic ice cream is used as a central ingredient for healthy shakes and smoothies, further fuelling its popularity. Australia, New Zealand and Sweden join the US as top consumers in this niche market, with vanilla and chocolate flavours proving popular. Big players like Mars, Unilever and Nestle have achieved some market penetration — but there’s still plenty of room for smaller artisan brands.

But if you prefer Ben & Jerry’s, their almond-based vegan range includes funky flavours like chunky monkey, chocolate fudge brownie and peanut butter and cookies. The future looks bright for non-dairy ice creams too, with a projected market of $2.45 billion by 2027 according to a recent Wall Street Online report. So if you’re looking for a profitable investment that’s ethically sound, now’s the time to get on board.

Food production cooling is fundamental for manufacturers — but it’s now supplemented by cutting-edge techniques like low-shear extrusion. Developed as part of the Europe-wide i3 Food project, this innovative method uses a planetary gear extruder to create thin product layers — optimising temperatures for crucial fat crystallisation and creating superior sensory qualities in the taste and texture of finished products.

The technique can also be applied to the continuous processing of both butter and margarine and it might even be used in the manufacture of cooking sausages and cream cheese. These three developments prove that once traditional markets adapt to the latest demands, they can futureproof their offerings to satisfy diverse tastes.

With industry innovations gathering pace, we’ll be screaming for ice cream for years to come.