The one thing that nations always look for today is to see how they can use the services that they have built for a major event, after the event has taken place. There are different examples regarding this. London turned the Olympic village to one where regular events taken place even today. Germany didn’t plan as well though and a major part of the infrastructure it had built for the Olympics remain unused even today. 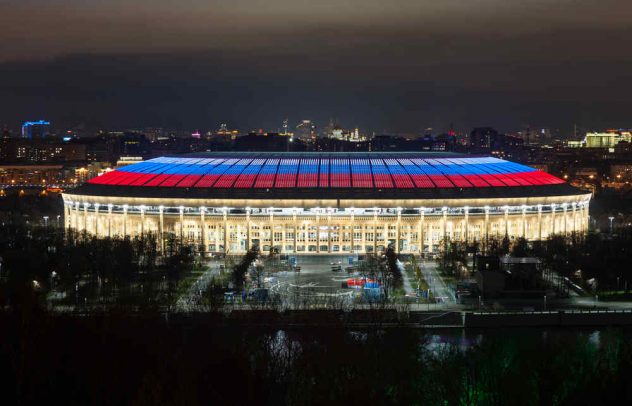 And now Russia is ensuring that it can make proper use of it’s stadiums even after the Fifa World Cup takes place in the country this year.

There is no doubt that an event like the Fifa World Cup can prompt host countries to make major arrangements so that the tournament can run smoothly.

The 2018 Fifa World Cup to be held in Russia has garnered a lot of media attention. The host country is rising up to the challenge of preparing all the stadiums well. Not, fans all over the world gearing up for the mega event. There are plenty of those who are looking to bet on their favorite matches. Some are looking for a good bonus code from Winner. It’s all happening.

However, Russia wants a little more than just looking at things from the World Cup perspective.

In addition to all of the above, they also plan to spend over $200 million to ensure that all the stadiums which are built for the Fifa World Cup are actually in use even after the tournament ends.

Football, stadiums and the love for it all

Quite often, host countries find that the money they spent on the stadiums in order to make the event successful goes to waste once there are no more football matches to organise. Russia is looking to use the football tournament as a way of rekindling interest in the domestic leagues of Russia which are slowly losing their importance.

The matches are to be held in 11 host cities, and all of them are getting new or completely refurbished arenas. You may be sure that all the stadiums will be an absolute delight for the fans.

How does it help?

Russia wants to eliminate cavernous all-purpose stadiums for once and for all because they expose supporters to the harsh outside weather. Instead, they are arranging for modern stadiums that have all the latest amenities.

Vladimir Putin had issued an order previously which prompted his government to create a World Cup “legacy” programme that would raise club-match attendance. If one is to believe the RIA Novosti state news agency, the government is willing to assign 16.6-billion roubles ($265m) to this programme.

He wants to focus on youth player development so that Russia could get back its flair for football. According to latest reports, the government has to foot the bill in certain cases till the year 2023. Stadium operations are not cheap, and the low football club revenues are not enough to make the stadiums commercially viable in the coming years.

London dominance – Too many eggs, not enough baskets