The world football governing body—FIFA has partnered with Russian Railways ahead of the football World Cup which is scheduled to commence from June 14 this year. The Railways of the hosts thus became the Official European Supporter of the FIFA World Cup. 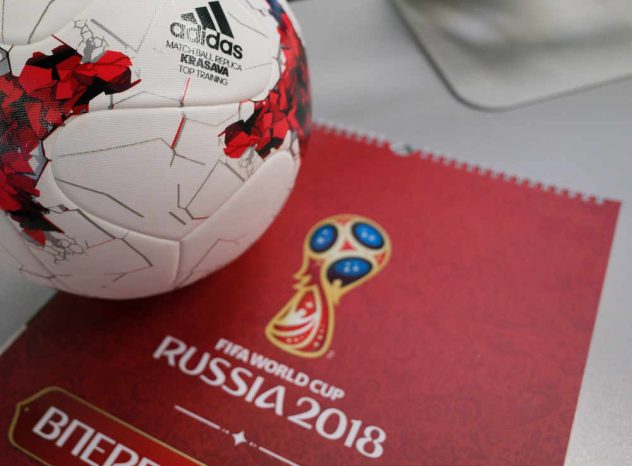 In fact, fans can expect a lot more than just their favorite football matches once live action kicks in. For instance, you can also experience the best VR Games form Mr Green. Even if you couldn’t manage to head off to Russia, we are sure you wouldn’t mind playing these games right from the comfort of your PC, no matter where you are. In fact, it’s a great stress buster, these VR games.

What can you expect from Russia’s Fifa World Cup?

The Russian Railways is now the official European supporter of the event, and as a result of that, they have given as many as 440,000 seats in the train to the fans, at no cost.

Russian Railways will help transport travellers during the 2018 FIFA World Cup matches, and for this purpose, thousands of tickets are being made free for ticket holders. As a fun fact, did you know that nearly half of the tickets have already been booked by travelers till now? And it’s still a little while to go before we can see some live action.

Apart from that, the Russian Railways is scaling up operations too – as many as 720 trips spanning hundreds of kilometres on 31 routes are introduced to handle the extra workload during the opening and final matches. All eligible just have to show their match tickets and their fan ID, to get the benefits.

The games, which are expected to have thousands of travelers from around the world, need some world class transportation. On the traveling front, the Russian Railways is trying to handle the extra tourist workload by building in new stations and ensuring that there are more trains to accommodate everybody.

In fact, there were apprehensions regarding whether some of the stadiums will be built on time by the Russian Government, especially as some new stadiums were commissioned solely for the event. Now though, with the games progressing nearer, the picture seems to be a whole lot clearer. With FIFA inspecting it all and measuring and tracking the progress, we should expect action without worries soon.

The football matches will be played in 12 different arenas in a total of 11 cities. You can experience live action pretty much everywhere in Russia, including Moscow, Sochi, Volgograd, and Yekaterinburg.

Russian Railways will run the 31 train stations, many of which are made newly, to facilitate travel for the travelers and fans. Some of the stations are still under construction to receive the guests safely and comfortably.

We are still a little while away before the games officially begin but the preparations are in full swing, and we know that you too are eagerly waiting for things to start rolling!