Last year saw significant growth in the flexible and shared office sector as more enterprises and suppliers realised the benefits and the opportunities it holds for them. Of course, Brexit and rising business rates in some areas are creating uncertainty in various quarters, but it really does look like the flexible office is here to stay. 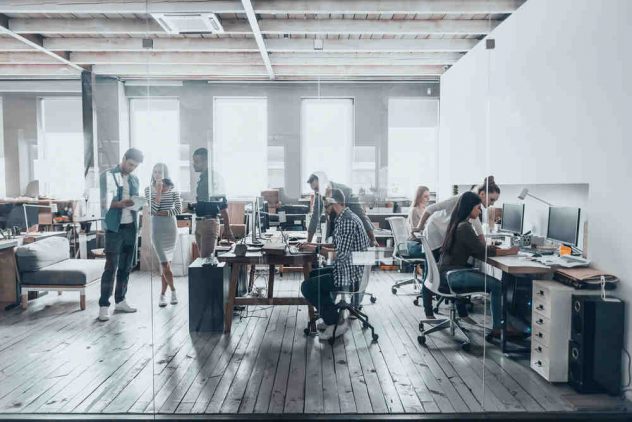 So, here are six trends that the shared office sector will probably see in 2018.

It’s bound to cause some big changes and even if it’s stalled at the last minute, there’ll still be some after-effects from the upheaval and uncertainty. There may be some surges in supply as we’re seeing many companies leaving for the Continent and there’ll be far fewer coming in, with cities like Dublin absorbing this overflow. However…

UK companies of all sizes have seen how handy shared space is so they’re either migrating to it or they’re asking their more traditional landlords and leasing agents to start offering similar set-ups. If they’re smart, most commercial landlords will adapt to these changing demands, so if you’re looking for offices to let in Surbiton and you’re worried about taking on a long-term lease, then you know what to ask for!

Reliable internet is one of the top three biggest and most important needs for commercial (and, let’s face it, domestic!) tenants and so we’ll see commercial landlords striving to improve their buildings’ connectivity. These landlords need to offer smart buildings and as much fancy new tech as they can if they’re going to compete for their share of an increasingly mobile and demanding pool of tenants.

More traditional landlords will come on board

The last few years have seen a growth in flexible and shared office space mainly because its proponents have been beavering away, finding out what their market wants and then giving it to them. All this while, traditional, long-term landlords have stood by and watched, but now they’re catching on and are starting to cash in. This means that older-style office space suppliers are entering the sector, so we could see big leaps in innovation and even greater flexibility as suppliers are forced to compete more.

A greater sense of wellbeing

As workspaces become more organic, intuitive and design-led, workers are feeling the benefits, both in terms of collaboration with colleagues and neighbours, but also in terms of how the buildings make them feel. We’ll see more and more design that’s aimed at people and how they feel, not just how they work.

An ebb and flow of larger corporates

Flexible office space suppliers may find that larger companies move into shared offices over the next few years as the country deals with (or recovers from) Brexit and other economic uncertainties. However, this may only be a short-term phenomenon, as larger corporates may decide to move back into traditional long-term leases if things settle down. This means that flexible office spaces will have to be ready to cater for either one large company or many smaller enterprises in the same building as they may not know who’ll be in it from one month to the next!

How to stay motivated at work

3 places to look to find your next business innovation