The reasons for hiring a foreign workforce to be a part of the company are numerous, including the improvement of the business, pure necessity or further expansion. These are all benefits that can help your company make headway, even though hiring a foreigner can pose a challenge regarding the bureaucracy and laws. 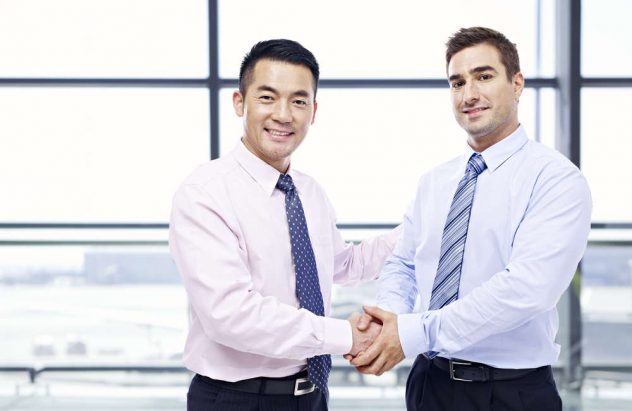 Just to motivate you to consider this option for your business, here you are several reasons why it is all worth the trouble.

If you have set your eyes on a specific market or global business, you need to have somebody who knows the language and the market in question. The best option, in this case, would be hiring a person from the market who can communicate effectively with people of interest and understand cultural differences, as well as know a way to reconcile them. It is the person who will be able to make foreign business deals for you.

Sometimes there are positions in your company for which there is a shortage of skilled workers from your country. Every country has fields where there is not enough number of experts. This is where a foreign worker is a great addition to the company. There are practically thousands and thousands of people all over the world that could fill the position and provide you with the expertise your company needs.

If you have a homogeneous workforce from the same background, it is possible to feel like you are stuck in a rut when it comes to new ideas and creativity. People with the same background tend to think very similarly, which means you’ll need some fresh blood from a completely different region/country that will bring in a new perspective and a different approach to the business. Innovations usually occur when people from different countries team up and brainstorm according to their diverse personal experiences and backgrounds.

Having employees from different cultures and backgrounds also has benefits for the morale among the workers. Bringing in foreign employees means enriching your workforce and broadening everybody’s perspective. Your company becomes a place where workers can get familiar with different mentalities, a way of thinking and traditions, which brings them all closer together and turns them into valuable employee advocates. Sharing ideas between immigrant and non-immigrant employees means creating a rich culture at work, which leads to forming a positive reputation for your company and attracting new talents.

Economically stronger countries have bigger job opportunities than countries with economic problems, meaning a lot of skilled workers won’t get the chance to work in their homeland. They will seek jobs everywhere, especially in more developed countries where the standard is higher. However, the advantage of a foreign employee is that they will agree to a lower salary just to start earning some income finally. The urgency of making a living will make them a cheaper workforce, even though they are experts in what they do. As a result, your company gets cheap labor and a chance to profit in the international market.

Developed countries often have problems with finding domestic workers who are ready to work odd hours or be employed at a dangerous job. To put it simply, domestic workers have better options and they do not want to just take any job available. This is where foreign workers kick in. Most immigration solicitors who help foreign workers with legal advice say that many of them agree to work in a developed country as a part of construction or hotel staff or in a remote region. In short, any job that local workers try to stay away from is the job that most foreign workers are willing to do.

Discrimination is an issue present in most of the world countries, so there are numerous laws dealing with it, trying to protect people in their workplace. In such condition, where numerous regulations and laws have been imposed, it is a safe bet to hire foreign workers. Their diverse culture and different skills will differentiate them from the rest of the employees. In this way, your company can be safe from any possible legal actions by an employee regarding the discrimination law.

8. Remittance for the workers’ homeland

A remittance is an act of sending money from one place to another. People who work in another country than their homeland sometimes send the money to their families. Many developed countries have a great number of foreign workers who send their salary back to their origin country. This is how those origin countries collect major foreign currency. As well as that, it helps the country to boost its economic status, so you are actually helping another country develop.

Hiring a foreign workforce will definitely enrich your company in various ways. Whatever the challenges are, and there are a few, they pale in comparison to the benefits your company will get thanks to a foreign employee.

How to upskill your team while working from home