Cryptocurrency-based gaming platforms have become increasingly popular over the last few years. They are preferred by online gamblers for their low commissions, high security levels, and, of course, the anonymity they provide.

Today, the first Bitcoin machines are being tested and introduced to the gaming industry. So-called “SmartBox” slot machines will be designed to support various casino games. What is more, each of these machines will have a touchscreen display, a QR scanner for cryptocurrency transactions, and a fiat money port. 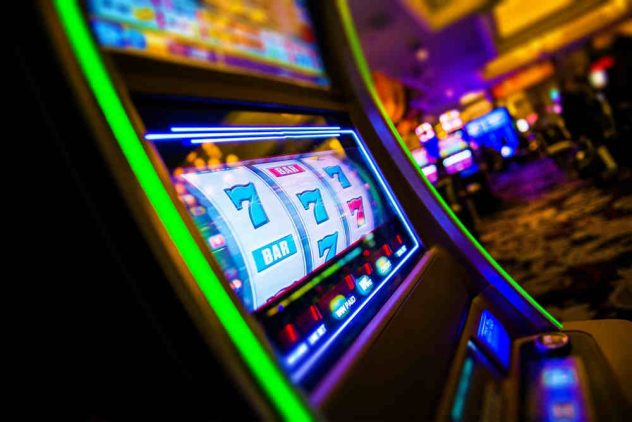 Throughout the test period, the games will run on fake tokens instead of real cryptocurrency. But once the test period is over and the slot machines are fully developed, users will be able to gamble with Ethereum coins.

Even though Ethereum-based platforms have become increasingly popular recently, it has always been the Bitcoin platform that attracts most gamblers. Interestingly enough, the first Bitcoin games were developed by independent crypto-fans, who created games with poor graphics or no graphics at all.

And still, those games succeeded in gaining popularity, and eventually professionals started working on the Bitcoin gaming platform as well. According to a gambling journal, the first Bitcoin game to achieve mass popularity was a dice game that had a low commission.

In 2013, the first Bitcoin gambling venues started to appear across the web, along with some of the first “classic cryptocurrency casino games”.

And now, 5 years later, 60 of the world’s most active Bitcoin wallets are owned by Bitcoin gaming sites. What is more, about 60 percent (337 transactions per second) of all Bitcoin transactions are related to gambling.

Interesting fact is that one of the biggest betting markets – the UK – has almost no cryptocurrency customers. This might sounds odd having in mind how many online casinos operate in UK but less than one percent of the gambling transactions there are made in cryptocurrencies.

But who prefers cryptocurrency gambling? Naturally, the gamblers who own cryptocurrencies would prefer gambling with Bitcoin over fiat money. The second largest group of people indulging in Bitcoin gambling is the group of the so-called Bitcoin holders – people who regard the Bitcoin blockchain as any other online payment possibility. In essence, such gamblers “manifest the same gambling behaviour which fiat money gamblers exhibit”, noted the gambling journal.

According to specialists, albeit an important factor, popularity is not a key factor that makes people gamble in Bitcoin venues. Instead, they claim cryptocurrencies’ low transfer fees, higher safety levels, and the ability to make limitless withdrawals are among the factors which make cryptocurrency casinos as popular as they are.

There seems to be one disadvantage, however. Even though cryptocurrencies are praised for their high security levels, cryptocurrency-based gaming currently deals with numerous security breaches. So-called DDoS (Distributed Denial of Service) attacks have severely marred the world of cryptocurrencies in the past, and continue to do so even today.

It is important to be able to distinguish a DDoS attack. Such an attack occurs when a website is spammed with lots of requests, making that website crack. Attackers usually have two options: they either ask for a ransom before ceasing the attack, or they could provide the site to competition.

According to a research company, the online gambling sector is most vulnerable, with about 50 percent of all DDoS attacks involving a gaming site.

What can we expect?

Bitcoin and other cryptocurrencies will not disappear any time soon and neither will cryptocurrency-based games of the SmartBox kind. While it is true that the integration of cryptoccurency-based games into casinos across the country and especially in Vegas will ease and innovate the land-based gaming business, however, we must not forget Nevada’s gaming regulations.

Under the state’s gambling regulations, Vegas is unlikely to embrace cryptocurrency slot machines at least for now. Nevertheless, non-gambling facilities have already begun permitting the use of cryptocurrencies in clubs, restaurants, and shopping centres as well.

Ryan Dahlstrom, president of The Bar Experts, announced he is currently working hand in hand with some of Strip’s most renown nightclubs and entertainment facilities in order to set up a system for cryptocurrency payments within these premises.

He commented that he does not target the clubs on the Strip exclusively, and revealed that similar projects are currently being discussed for a number of California entertainment venues as well. “There is a serious interest in the area”, he said.

How a group of students cleaned out the Vegas casinos

Comeback of Casinopånett.eu for Norway

Common online gaming scams to watch out for

Rachael Caffrey - July 10, 2019 0
The gaming industry is a juggernaut, generating around $135 billion in revenue in 2018 alone. For context, that’s over three times the figure grossed...
We use cookies. To learn more, read our Privacy Policy.Ok