In this article, Mart Abramov, CEO of digital tax advisors Tax Scouts, takes a closer look at the legal structure new business owners should be considering, including the pros and cons of being a sole trader against a limited company.

There are over 5 million businesses in the UK and more and more people are setting up their own enterprises each year — the business birth rate grew by 14.6% between 2015 and 2016 (ONS). And, with more new ventures, there will be a large number of people striking out on their own for the first time and having to get to grips with the ins and outs of running a business. One of the first things to know is the difference between sole trader and limited company 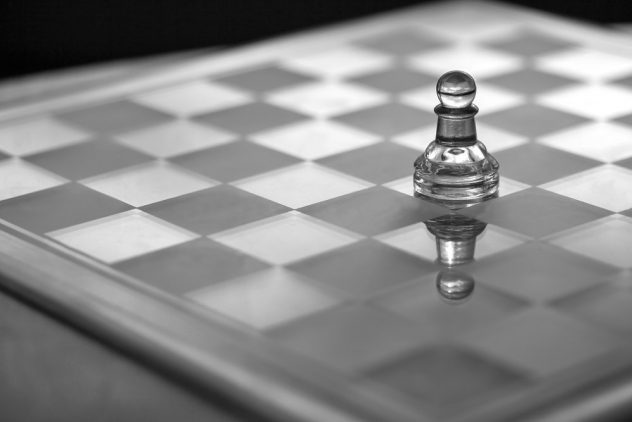 One of the most important decisions that needs to be made early in a new business’ setup is which legal structure it’s going to follow: sole trader or limited company. Both of these structures have their advantages and disadvantages, and it can sometimes be challenging for an inexperienced owner to choose the one that suits them best. Whichever way you go you will need a Company Regristration Number before you get going.

With this in mind, I’m going to examine both structures and what they can offer. If you’re a new business owner, I aim to make the choice a little bit clearer so that you can hit the ground running. Read on to find out more.

Defining the difference between a sole trader and a limited company

First of all, let’s define what a sole trader is and what a limited company is at the most basic level. A sole trader is a self-employed person who has full ownership of their business. As the owner, you will keep all of your profits after tax has been paid, but you will be personally liable for any debts that you take on. You don’t need to pay any registration fees or file your details with Companies House, either. It’s probably the simplest way to run a business: you just need to register with HMRC within three months of establishing your enterprise.

On the other hand, setting up a limited company means creating a legal structure that is separate from its owners, shareholders, and directors. A limited company must be registered with Companies House under its own unique name, allowing it to agree contracts under its own name, as well as being responsible for its own action, finances, and liabilities. The owners of such a business are covered by limited liability, where they can only be held accountable for debts up to the amount they have invested or guaranteed to the limited company.

Comparing a sole trader and a limited company

As you can see, sole traders and limited companies are very different legal structures, but it’s important to know their strengths and weaknesses before you make a decision as to which one is right for your venture. Below, I’ve taken a look at the pros and the cons of each within different areas of business to give you a better idea of how each structure matches your own needs.

One of the main advantages of being a sole trader is that the responsibilities you have to adhere to as a business owner are very much streamlined when compared to a limited company. For instance, outside of your self-assessment tax return, there is no need to submit company accounts each year, and even then, there are options for outsourcing.

As an owner or director in a limited company, however, there is more responsibility to take on. These are known as fiduciary duties, and they include filing full annual accounts and tax returns with Companies House and filing Corporation Tax accounts with HMRC. What’s more, these accounts must be submitted in accordance with accounting standards, so there’s often the need to employ an in-house or external professional accountant.

If you’re a sole trader, you have unlimited liability, so nearly all financial and legal responsibilities begin and end with you. For instance, if you are sued, the case will be brought against you personally unless you have the right insurance, such as products and services liability or professional indemnity. Likewise, if the business fails or runs up a debt, you will be personally pursued for its recovery, which could mean risking bankruptcy.

On the other hand, a limited company is treated as a separate legal entity, so directors won’t be held personally liable for any debts incurred or insolvency. Any legal disputes will be brought about against the company itself as long as it has the correct insurance, rather than the directors. It’s very rare for someone behind a limited company to be held directly responsible.

As a sole trader, you would need to pay Class 2 & 4 National Insurance and Income Tax on the taxable profits of your business (Class 2 NI ends in 2019). Rates are higher than they are for limited companies, especially when you hit an earnings bracket of around £25,000 or over. This makes trading as a sole trader less tax efficient than as a limited company if you find yourself in a higher Income Tax bracket.

A limited company pays corporation tax on all forms of taxable income, including trading profits, investments, and chargeable gains, but company tax rates tend to be lower than the higher bands of Income Tax paid by some sole traders. Shareholders are subject to Income Tax on any dividends paid out of a limited company — there was a £5,000 tax free allowance for this, but as of April 2018 it has been cut to £2,000.

For sole traders, the only option for paying into a pension is to take out a personal one. For limited companies, a company plan can be set up and paid into — it’s usually the case that they are more generous in their terms than a personal pension, which can be advantageous. Limited companies will also need to fulfil auto-enrolment duties for any employees they take on.

For instance, a limited company is often perceived as preferable to a sole trader in the eyes of many other businesses, such as contractors and agencies, as they seem more established and offer more legal protections. In addition, banks can be more open to lending to a limited company over sole traders, making it easier to secure investment for the business.

I hope that this article has helped to cast some light on sole traders and limited companies. Both legal structures have their strengths and weaknesses, but it’s important to choose one that fits the needs of your emerging business. If you’re still unsure, don’t hesitate to seek the advice of a professional financial advisor who will be able to help you come to a decision.

How to do debt consolidation with bad credit

Online gambling and other industries that are growing despite COVID-19

How a bad credit loan can affect you

Mitch Finlay - October 10, 2012 0
Can we be honest? Writing a good business plan is hard. Whatever the intended use, in particular when looking to attract investment, it is...