Blockchain, the digital, distributed ledger technology that underpins cryptocurrencies such as Bitcoin, has taken the world by storm. With so many other possible future applications, it could just change the way the world works, and is shaping up to be the single most revolutionary technology in recent years, bringing innovative solutions to many industries and enabling a whole new generation of entrepreneurs to excel. 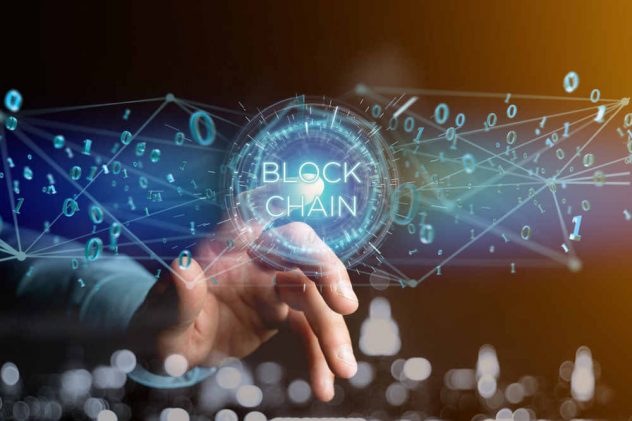 Best known as the technology behind Bitcoin, blockchain has so much more potential than just a single application facilitating cryptocurrency transactions. In fact, it looks set to disrupt a wide range of sectors, including the finance industry as a whole, which is already employing some of the many applications it could have. Indeed, blockchain technology has the potential to be used by nearly every industry where valuable information, financial or otherwise, is exchanged, to enhance privacy and security, as well as improve efficiency. Such is the power of the blockchain, that its uses are numerous, and a new breed of visionary entrepreneurs is also emerging who are harnessing this trailblazing technology to build blockchain-based businesses providing a wide range of innovative new services for us all.

While all eyes have been on the cryptocurrency markets, with the media constantly reporting the roller-coaster prices, it is perhaps the blockchain, the underlying innovation which enables it, that is the real star of the show. In fact, this incredible invention, described as an incorruptible global spreadsheet, is being hailed as the facilitator of the next generation of the Internet. This is a mighty claim for a single software innovation, but the blockchain can be programmed to record virtually anything of value to human beings, such as birth certificates, deeds, educational history and work records. It also provides a secure and speedy method of transfer, as well as a more secure method of storage. In fact, such sensitive information would no longer need to be stored in one place, where it is more vulnerable to hackers, but could be embedded in code and kept in decentralised databases, protected from tampering. Indeed, with the potential for all contracts to be stored and transferred like this, it could reduce the costs of conducting business in many ways, as expensive intermediaries such as lawyers, brokers and bankers may not always be required – undoubtedly good news for cash-strapped, start-up entrepreneurs everywhere!

In fact, the blockchain looks set to touch the lives of not just entrepreneurs but each and every one of us. From the food we eat, to the energy which warms us and the holidays we go on, all could be influenced by new blockchain-based innovations. Notably, blockchain technology has the potential to enhance safety and security in many sectors. For example, it could transform the food industry and put pay to the regular food scares we suffer, where someone gets ill from eating a certain sort of food, but it is difficult to trace where it came from. In future, blockchain technology could help eradicate this and enhance food safety by being used to track the production of food, such as meat, at all stages in the supply chain. Its potential to help boost air travel security is also being explored, which could revolutionise the ease and safety with which we could all travel across international borders in future. Blockchain’s application in the energy sector is also being investigated, which could have cost-saving implications for us all. In effect, it may decentralise the market, resulting in consumers being able to scan through blockchain listings to find more competitive rates for their energy, based on supply and demand rather than charges set by centralised authorities. So, the impact this emerging technology could have on us all should not be underestimated.

From the weird to the wonderful

Clearly, the versatility of this technology, is quite remarkable and early adopters of this innovation are springing up everywhere in the shape of ground-breaking entrepreneurs. For example, one forward-thinking start-up, LO3 Energy, is using it to enable people with solar panels in New York to sell some of the power they generate to neighbours via the blockchain. The potential for this technology to eliminate voter fraud and electoral corruption is also being explored by another innovative business, Follow My Vote, offering ‘a secure and transparent online voting solution for the modern age’, operated via blockchain technology. Indeed, this innovation could be set to change everything from healthcare to the Arts. Medicalchain is now using blockchain technology to securely store and transfer medical records, while start-up, Pindify, is applying the technology to offer an online market platform for providers of music, art and media. In fact, the blockchain is already being used to enable a multitude of weird and wonderful entrepreneurial projects, but this is just the beginning.

So, it seems that the sky’s the limit where blockchain-based innovations are concerned, and shrewd entrepreneurs and business innovators are already using this cutting-edge technology as a building block to reshape the world as we know it and rise to extraordinary new heights.

By Mihir Magudia, Managing Director of the Digital Currency Foundation

The pros and cons of manned guarding for your business

The importance & evolution of locksmith services

5 ways to increase your data security (and why you should)

What should you look for in a storage facility?