The year 2018 entered with a massive boom which reverberated right across many industries. With the advent of blockchain and the crypto currency, innovation in the social and technological fields is already happening. 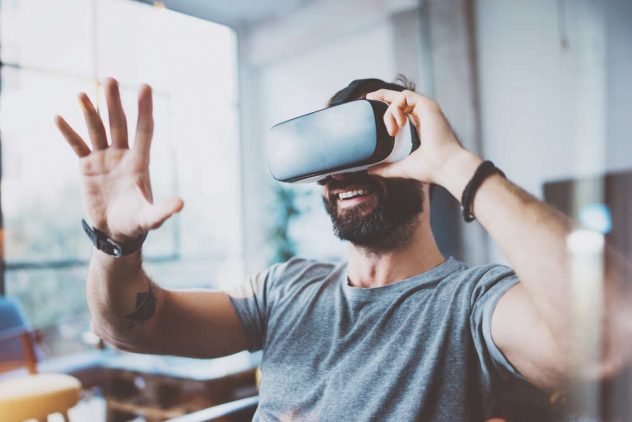 If you’re wanting to start a business, change careers, or just wanting to stay abreast of the latest developments, then continue reading, as we’ve included 7 industries that are killing it in 2018.

With the recent push to legalize cannabis for medicinal purposes, it has become the fastest growing industry in the USA today. As of the publishing of this article, 29 US states have approved the use of marijuana for medical purposes, whereas the use of it for recreational purposes is only legal in 8 states as well as in the District of Columbia.

With the trend going as it does now, it is envisaged that more states will soon pass laws to legalize marijuana. Apart from the health benefits it poses, marijuana is also projected to become a major job provider, with job provision surpassing that of the manufacturing industry, and revenues totaling more than $24 billion by 2020.

Does the idea of a self-driving car intrigue you? Well it should, because as it turns out, it does a lot of people. Although it might sound like sci-fi, it is something that is going to see the light in the near future, as auto manufacturers are developing these types of vehicles right now.

The way ahead will be paved with an increased amount of innovation in this field as we will certainly start to see more of these vehicles on the road, with autonomous vehicles becoming the norm rather than the exception.

The virtual reality world is becoming a leader in the tech sector. Although equipment for this industry has started to make headway since 2015, it is only now that popularity has tremendously increased.

Every gamer has amongst the many coveted want-to-have equipment, the VR headset on their list. The predicted revenue available for virtual reality in 2018 has climbed to over $7 billion, with that number expected to increase to over $75 billion by the end of 2021.

Although it might look like the gaming world will benefit the most from VR technology, it also has potential in job training, therapy, education and digital marketing.

Content marketing is currently the biggest driving force behind digital marketing. It plays an important role in fields like search engine optimization, social media and email marketing. With original content, you can push your brand to the forefront within your chosen industry. This will inadvertently bring more buyers to your products and create trust in the eyes of your customers.

The growth in content marketing is expected to grow throughout 2018 and beyond. Content drives the world of digital marketing.

To continue this trend, companies will need to become more creative in their marketing efforts and start implementing like media publishers. The job prospects are envisaged to increase exponentially, as can be seen from the rapid growth in digital marketing salaries in places like London.

Drones, or as they were originally called “unmanned aerial vehicles” were initially designed as military technology, where they still continue to be used in the military and security sector. However, over the years we’ve seen them become more affordable and more sophisticated.

Therefore, other sectors have now joined this booming industry, as can be seen in the fields of construction, agriculture, firefighting and especially cinematography. With a drone, areas can be monitored remotely like in the case of wildfires, where a physical presence is almost impossible.

They are currently used to examine areas of floods, crop inspection and even in the delivery of packages. Apart from being used in any of these applications, drones are now more than ever being used as toys for hobbies.

The biotechnology industry sprang up around the 1970s, as a result of the emergence of tech intersecting with biology. This industry has solved many major problems in fields, like agriculture and medicine, and with the emergence of new technology, the field just keeps on growing.

Biotechnology is currently embroiled in trying to find solutions for problems, such as dementia and cancer, as well as providing much needed food for the world through GMO’s (genetically modified organisms).

The renewable energy sector has steadily been gaining popularity over the past decade, following in the footsteps of green energy giants in China and Europe. From solar panels and solar radios to electric cars, this industry is offering a way of life that is affordable for many across the globe.

This industry is a huge source of jobs in the USA, providing over 2.7 million people with work. With the construction of new wind and solar farms, an estimated 150,000 people could benefit from it in the form of job provision.

Digital marketing: How to succeed online as a local startup

Why businesses should still invest in marketing during COVID-19

Unconventional marketing techniques for your business

Types of marketing businesses should try to increase leads and exposure

How to pitch your business idea to investors

Dominic Lill - June 29, 2018 0
So, you’ve come up with a brilliant idea for business while doing grocery shopping at the supermarket or driving back home from work. You...